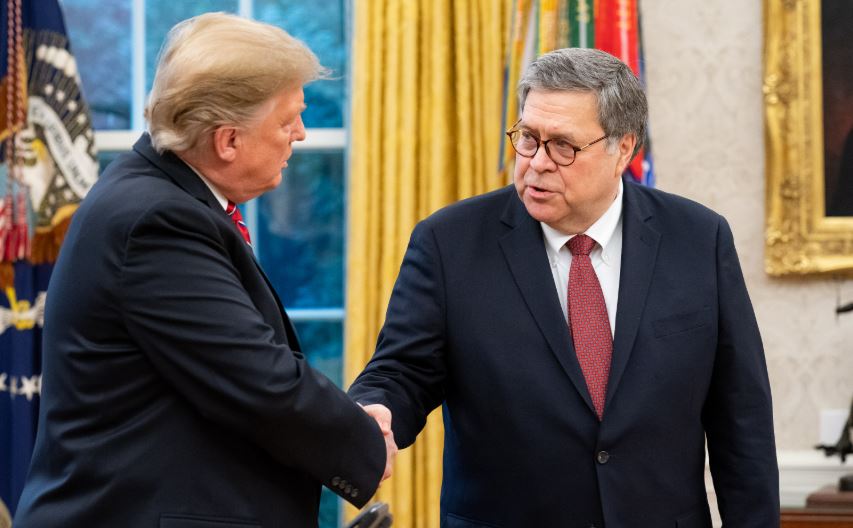 It is no secret that internally, the DOJ resisted the passage of the First Step Act, to put it mildly. Therefore, reform advocates have been carefully watching the implementation process, as unfortunately the department tasked with executing the law is the same department that showed hostility to implementing the changes in the legislation.

Fortunately, the new Attorney General William Barr is outwardly much more supportive of the reforms in the First Step Act than was his predecessor Jeff Sessions. Attorney General Barr has committed to fully implementing the First Step Act on multiple occasions, among those being in his Senate confirmation hearings, to the National Association of Attorneys General, at the White House directly to reform advocates, and in Monday’s DOJ release.

Just last week, the Department of Justice, through the Office of Justice Programs, held listening sessions with key stakeholders, including FreedomWorks, in the criminal justice space to discuss viewpoints and issues surrounding the development of the risk and needs assessment required under the First Step Act. Raised at these listening sessions again and again was the importance of ensuring that the risk and needs assessment functions as Congress intended in the law. Namely, the assessment must be geared toward, not against, successful decreases in recidivism risk as a result of completion of evidence-based programming.

In the DOJ’s release from Monday, the first thing noted was that the National Institute of Justice selected the Hudson Institute to appoint the members of the Independent Review Committee (IRC), which is tasked in the First Step Act with assisting the Department of Justice and the Attorney General in developing and implementing the risk and needs assessment tools and the evidence-based recidivism reduction programming.

Reform advocates have grounds for skepticism, though, in the faithfulness of the Hudson Institute-appointed committee members to be fully dedicated to seeing the successful implementation of the First Step Act. One would hope that every American is now hopeful that this legislation when implemented decreases crime and increases public safety by functioning properly as similar reforms have in the states.

However, some ardent opponents of justice reforms like those in the First Step Act continue to insist that the First Step Act will result in violent criminal wreaking havoc on our communities across the country. Although this will certainly not be the case, having individuals with those beliefs structuring the implementation of the risk and needs assessment will not be useful in increasing the chances that the First Step Act has the maximum positive impact on our country.

The de facto leader of these individuals in Congress is Sen. Tom Cotton (R-Ark.), who led the charge in ultimately unsuccessful fear-mongering attempts to kill the First Step Act during the 115th Congress. Therefore, the fact that the Hudson Institute not only was not involved in advocacy for the First Step Act but also hosted Sen. Tom Cotton’s infamous speech in which he claimed, “If anything, we have an under-incarceration problem,” raises serious red flags.

The silver lining of this release is that the Department of Justice seems to be taking seriously the long to-do list it has in implementing the First Step Act. It included in the release some statistics on the various parts of implementation. Among these are that retroactivity of the Fair Sentencing Act has resulted in 826 sentence reductions and 643 early releases, that newly-issued procedures for compassionate release has resulted in 22 sentence reductions, and that a proper tool for dyslexia screening has been identified, among other updates.

By and large, it would behoove proponents of criminal justice reform to pay close attention to any and all updates from the DOJ on the development and implementation of the risk and needs assessment, especially with the news of who has been chosen to house the IRC. As we very well know, there is no law that Congress passes that regulatory agencies cannot abuse their power in implementing, often to go against the explicit will of Congress.

Justice reformers across the country will be watching as implementation of the First Step Act continues, will be offering to help to see it implemented successfully, and will not be afraid to draw attention to bumps in the road.