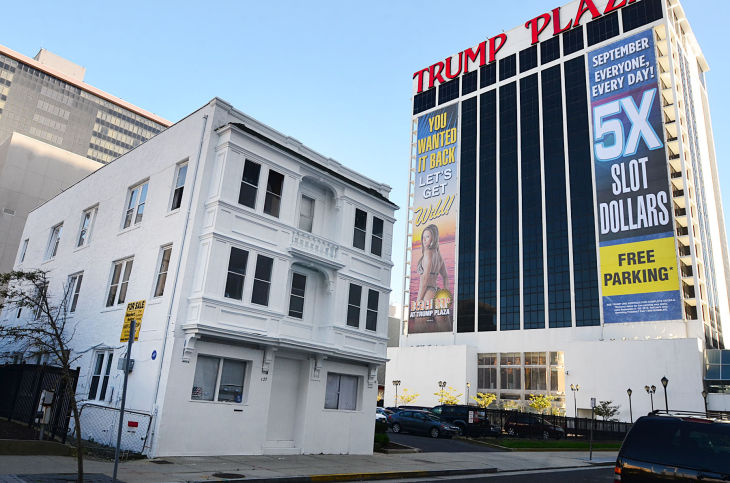 John Adams, one of the most vocal proponents of independence from the British Crown, famously wrote, "The moment the idea is admitted into society, that property is not as sacred as the laws of God, and that there is not a force of law and public justice to protect it, anarchy and tyranny commence. If 'Thou shalt not covet,' and 'Thou shalt not steal,' were not commandments of Heaven, they must be made inviolable precepts in every society, before it can be civilized or made free."

Similarly, James Madison, the Father of the Constitution, in 1792, wrote, "Government is instituted to protect property of every sort; as well that which lies in the various rights of individuals, as that which the term particularly expresses. This being the end of government, that alone is a just government, which impartially secures to every man, whatever is his own."

The strong beliefs in private property rights led the framers to put several protections in the Constitution and Bill of Rights, notably the Takings Clause of the Fifth Amendment, which prohibits use of eminent domain for public use and requires "just compensation." Sadly, this protection of the cornerstone of liberty have been gutted over time by the Supreme Court.

In June 2005, the Supreme Court issued a ruling in Kelo v. New London that effectively changed the definition of the Takings Clause. Eminent domain, according to the clause, could be used only for a "public use," historically referring to road, government building or public utilities. The decision ostensibly changed "public use" to "public purpose," allowing a government to take property for the sole purpose of enhancing its tax base. This includes a government taking property from one private party and transferring it to another.

The day before Thanksgiving in 2000, Susette Kelo received a condemnation notice from the New London Development Corporation, a private entity working on behalf of the Connecticut city with a population of 25,000 residents at the time. The city wanted the land to expand its tax base, as Pfizer prepared to open a research center in the town, in the Fort Trumbull neighborhood where Kelo and other families who were affected lived.

Kelo and other property unsuccessfully fought this abuse of eminent domain, more accurately defined as theft, in state and federal court. In her dissent in Kelo, Justice Sandra Day O'Connor blasted the majority's ruling. "Any property may now be taken for the benefit of another private party, but the fallout from this decision will not be random. The beneficiaries are likely to be those citizens with disproportionate influence and power in the political process, including large corporations and development firms," she wrote. "The Founders cannot have intended this perverse result."

The Supreme Court's ruling in Kelo was met with public strong opposition. State legislatures acted to shore up private property rights protections in their respective constitution and statutes. Similarly, the U.S. House of Representatives overwhelmingly passed legislation, the Private Property Rights Protection Act, to address some of the negative affects of the decision. Unfortunately, the Senate never acted on the bill.

At the time, some expressed support for government-sanctioned theft of private property. Among them was Donald Trump, who, in July 2005, appeared on Your World with Neil Cavuto and discussed the Kelo ruling. "I happen to agree with it 100 percent, not that I would want to use it," Trump told Cavuto. "But the fact is, if you have a person living in an area that’s not even necessarily a good area, and government, whether it’s local or whatever, government wants to build a tremendous economic development, where a lot of people are going to be put to work and make area that’s not good into a good area, and move the person that’s living there into a better place — now, I know it might not be their choice — but move the person to a better place and yet create thousands upon thousands of jobs and beautification and lots of other things, I think it happens to be good."

Trump has a history of seeking to use eminent domain to take private property from individuals for his businesses. As Ilya Somin notes, "On this issue, unlike most others, Trump has been consistent over time." One example of Trump's disregard for private property rights comes by way of Vera Coking.

In 1961, Coking and her husband purchased a home in Atlantic City, New Jersey for $20,000. More than 30 years later, in 1994, Trump decided that the wanted the land, as well as other properties, to expand Trump Plaza Hotel and Casino. He planned to use the land for a park and limousine waiting area. He made offers to Coking directly, but she turned him down. Eventually, he asked the Casino Reinvestment Development Authority to take the land through eminent domain.

"Ms Coking and her neighbors spent several years in court, but eventually with the assistance of the Institute for Justice they won on July 20, 1998," David Boaz, executive vice president of the Cato Institute, recently recalled in The Guardian. "A state judge rejected the agency’s demand on the narrow grounds that there was no guarantee that Trump would use the land for the specified purpose."

Obviously, Coking, whose husband passed away, and her family happy with the judge's ruling. "It feels good," her daughter, Branwen Torpey, told The New York Times. "It feels like a big weight's been lifted off us. We have had a lot of help from the American people, little people just like us who work and earn what they have."

Outside of the repairs needed to the home caused by demolition and construction crews working on Trump Plaza Hotel and Casino, there was no reason to condemn the home, other than Trump's desire to obtain the land for his own benefit. This is not the only example of Trump's reliance on eminent domain for his businesses. "In 1994, Trump incongruously promised to turn Bridgeport, Connecticut, into 'a national tourist destination by building a $350m office and entertainment complex on the waterfront," Boaz notes. The city would use eminent domain to take land from five local businesses and Trump would, then, purchase it. "The project fell apart, though," Boaz added.

Trump has certainly excited many conservatives with his boisterous personality and unusual approach to politics. But when it comes to the most fundamental economic liberty individuals have -- the right to private property -- he has consistently sought to undermine it. What is "good for business" may not always be in the best interests of property owners. If Trump's view of private property rights were to be accepted, a key piece of the conservative soul will be lost.

Conservatives have nobody to blame but themselves for "the Donald". Especially "grass roots" it's like these whom pushed the pendulum so far to the right. So now their favored party has a situation where the most popular candidate doesn't stand a chance in a presidential election. This has to be the strangest election cycle I've ever seen

"So you think a man who builds mirror-penis skyscrapers and names them all after himself is cause for hope? Rilly?"
May as well go to the Blaze, so much for a truly original and different site.