An Early Glimpse into HillaryCare 2.0 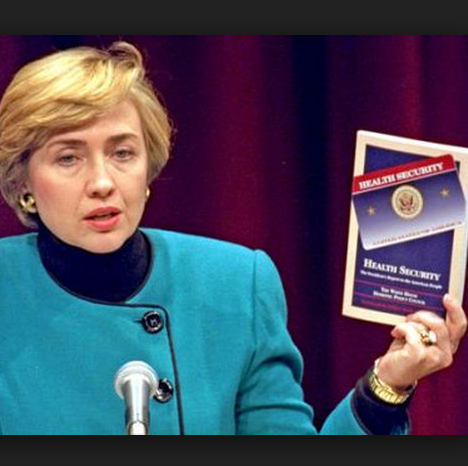 Over twenty years after the spectacular failure of "HillaryCare", Hillary Clinton is back in the health care debate. The collection of modest proposals she has made recently gives us a glimpse into her vision for “HillaryCare, 2.0”. With ObamaCare already taking a huge step towards accomplishing her goal of total government control of health care, Hillary’s new, more measured approach is just to keep nudging current policies further in that direction.

A brief summary of what she has proposed thus far:

She also proposed a number of reforms to prescription drug costs, which range from sensible (allowing the importation of some foreign pharmaceuticals) to the absurd (government cost caps for some drugs and regulating how drug manufacturers allocate their funds). You can read more about how the government ought to respond to high prescription drug prices HERE.

But moving back to insurance and out-of-pocket medical costs, the first glaring point about HillaryCare 2.0 is that it addresses the symptoms, not the root causes of skyrocketing health care costs. Indeed, her proposals mostly address issues that were directly worsened by the implementation of the Affordable Care Act. Higher deductibles, rising premiums, and narrow doctor networks were all inevitable consequences of ObamaCare’s various mandates.

The futility of her "cures" to these ills is stunning. ObamaCare’s price caps and coverage mandates meant the most affordable plans companies are offering have insanely high deductibles. So now Hillary wants to create a new tax credit to throw money at that problem (let’s not get into how much that would cost...). Tamping down even more on premium increases and forcing coverage of more basic care will cut into insurers’ bottom lines even more, meaning that deductibles will likely get even higher.

These policies only whitewash over some of the most obvious cracks in our health care system that ObamaCare created or made worse. Meanwhile, by continuing to emphasize passing more costs onto insurers, Hillary's next steps would continue to weaken choice and quality in the insurance market. But true to the goals of her 1994 plan, continuing to force people into a failing insurance infrastructure makes it easier politically to sell a “public option”, the final step on the road to truly nationalized health care and the one policy that Obama couldn’t quite get passed.

The infrastructure to support a free health care system and the patient-doctor relationship is already crumbling under the weight of government control. Instead of trying, Soviet-style, to just pull more levers and add more controls to the system, we should be encouraging innovation, competition, and a diversity of approaches to providing quality, affordable health care.

I would think that perhaps yall would be pleased at such a prospect. If she wins in 2016 then hooray- this site has four more years to put nonstop anti healthcare articles on this site. Otherwise what would you do?

The health care system was never under strictly private control, hence many of the problems with it.

No it doesn't and the fact that the healthcare system wasn't working and growing worse under strictly private control, with people being turned down simply because of pre existing conditions is proof. The real reasons these posts come up time and again is nothing more than political lobbying. So far untold millions of taxpayer money has been wasted trying to defund this law and though the Supreme Court has upheld it I'm sure many more millions will be wasted in further futile repeal efforts.