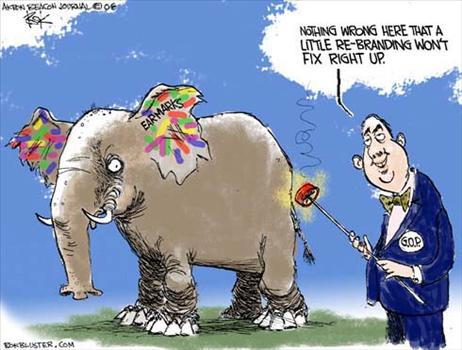 Spearheaded by Reps. John Culberson (R-Texas), Mike Kelly (R-Pa.), Mike Rogers (R-Ala.), and Tom Rooney (R-Fla.), the rule change would have allowed members to request earmarks in appropriations bills, a practice banned by the House since March 2010. While Speaker Paul Ryan (R-Wis.) reportedly killed the proposal, though possibly only in the short term, citing the “drain the swamp” election the week before, it was likely would have passed the conference vote.

Earmarks, which still exist, though on a significantly smaller scale, are specific line items in appropriations bills that set aside money for special projects or direct money to politically-connected special interests in a member’s home district or state. Prior to the ban, earmarks became synonymous with corruption and cronyism in Washington. In 2006, then-Rep. Jeff Flake (R-Ariz.) called earmarks the “currency of corruption.” Disgraced former lobbyist Jack Abramoff once called the House Appropriations Committee a “favor factory.”

In 2005, Congress, which was controlled by Republicans, included nearly 14,000 earmarks, at a cost of more than $27 billion. The total number of earmarks declined the following year, but the cost increased to $29 billion. When Republicans took control of Congress in 1995, fewer than 2,000 earmarks were approved by Congress, at a cost of $10 billion. Clearly, the GOP lost its way, which, unfortunately, was part of a pattern for the party.

Defenders of earmarks from both parties argue that by eliminating the practice, Congress has ceded legislative authority to the executive branch. Sadly, this seems to be one of the few areas for which Congress actually cares about surrendering its authority. Conservatives, like those in the House Freedom Caucus, are attempting to reclaim Article I authority to rein in the executive branch and reduce executive power, largely due to out-of-control regulatory state and executive actions that circumvent Congress, not because they want pork for their districts.

But those members who claim that they have constitutional authority to dole out earmarks like candy are simply wrong. The Constitution provides no authority for earmarks for pet projects, which, in the past, have included $500,000 for a tea pot museum in South Carolina, $190,000 to digitize photos for a historical society, $200,000 for a tattoo removal program, and $1.7 million for pig odor research. These examples are only the tip of a very large iceberg.

James Madison, the father of the Constitution, rejected the notion that Congress could spend taxpayer dollars for projects or items not specifically within its Article I, Section 8 powers. Serving as president in 1817, Madison vetoed the Bonus Bill, which included money for roads and canals.

“I am not unaware of the great importance of roads and canals and the improved navigation of water courses, and that a power in the National Legislature to provide for them might be exercised with signal advantage to the general prosperity,” Madison wrote in his veto. “But seeing that such a power is not expressly given by the Constitution, and believing that it can not be deduced from any part of it without an inadmissible latitude of construction and reliance on insufficient precedents; believing also that the permanent success of the Constitution depends on a definite partition of powers between the General and the State Governments, and that no adequate landmarks would be left by the constructive extension of the powers of Congress as proposed in the bill, I have no option but to withhold my signature from it.”

Even though Speaker Ryan killed the earmark proposal, it’s possible that a similar measure could come to the floor of the House for members of both parties to consider, according to the Wall Street Journal. Most, if not virtually all, Democrats would likely support it, as would a majority of Republicans, meaning earmarks would get new life in Congress.

Rep. Mike Simpson (R-Idaho) certainly got that impression. “We shouldn't be the only ones who have to carry this burden. Democrats would just beat the s--- out of us, even though they want to change it as much as we do,” he told CNN. “So it ought to be done in a bipartisan fashion and I think the speaker made the right decision postponing it.”

It remains to be seen whether a public vote on the floor of the House, rather than one held in a conference meeting behind closed doors, would make some members less likely support earmarks, but it already seems as though Republicans have learned the wrong lessons from the election.

WASHINGTON, D.C. -- In response to both the House and the Senate keeping in place the existing ban on earmarks in spending bills, Adam Brandon, FreedomWorks President, commented: