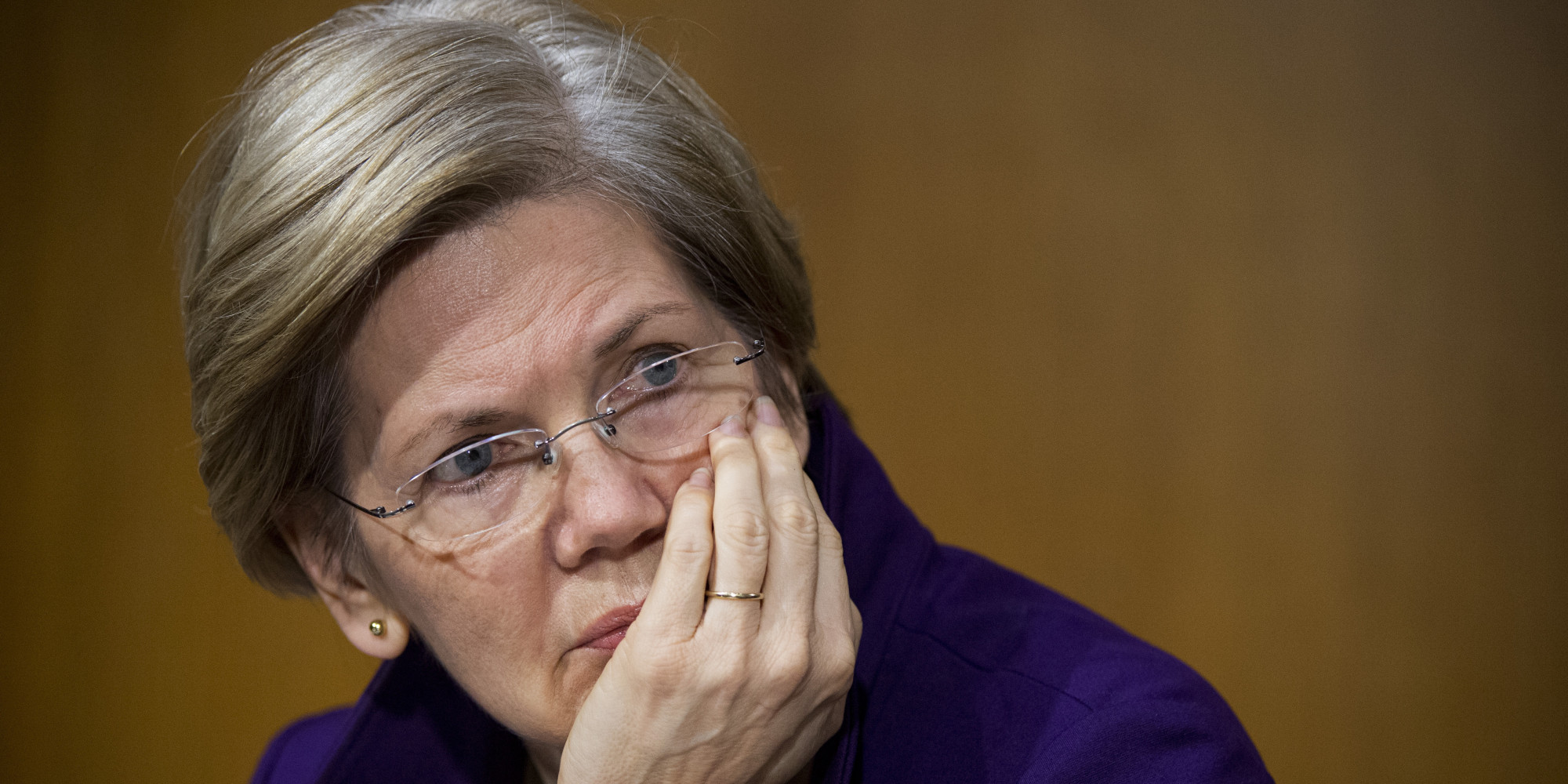 In July, Warren came out in favor of reauthorizing the Export-Import Bank, which has, on the backs of taxpayers, doled out billions of dollars worth of loans to rent-seeking, politically-connected big businesses. Apparently, this brand of corporate welfare isn't enough to earn her ire.

So what about auditing the Federal Reserve? One would expect Warren to jump on that ship, right? After all, the United States' central bank has enabled Wall Street, which Warren loathes, in so many ways, including $1.2 trillion worth of secret loans. Well, the Massachusetts Democrat has gone on the record against increased transparency at the Federal Reserve.

According to an emailed statement to the Wall Street Journal, Warren opposes the Federal Reserve Transparency Act (S. 264), which was introduced late last month by Sen. Rand Paul (R-KY).

"I strongly support and continue to press for greater congressional oversight of the Fed’s regulatory and supervisory responsibilities, and I believe the Fed’s balance sheet should be regularly audited – which the law already requires," Warren said in the email. "But I oppose the current version of this bill because it promotes congressional meddling in the Fed’s monetary policy decisions, which risks politicizing those decisions and may have dangerous implications for financial stability and the health of the global economy."

It comes as no surprise that Warren is repeating the same misleading talking points that Federal Reserve officials are using as they try to kill the effort to force the central bank to be more transparent. The "Audit the Fed" bill doesn't give Congress the ability to interfere in monetary policy decisions. It simply instructs the Federal Reserve to allow the Government Accountability Office to access information currently exempt from audits under federal law, including the central bank's communications with the Treasury Department and its transactions with foreign banks.

Congress already has legislative power over Federal Reserve and conducts some measure of oversight of the central bank. But as the Cato Institute's Mark Calabria explains, this bill is about lawmakers having access to all the information they need as they need to understand what exactly the Federal Reserve, which has enormous power over the United States' economy, has been up to.

"The Audit the Fed debate is really about informed Congressional oversight," Calabria wrote last week at The Hill. "The extraordinary measures that the Fed took during the financial crisis, it’s prolonged stance of accommodative monetary policy unprecedented in the history of central banking, a $4.5 trillion balance sheet, and continued disagreements among Fed officials as to the appropriateness of normalizing policy seven years after the crisis demonstrates the need for objective, independent analysis."

It's amazing that Warren doesn't understand this reasoning. Thankfully, support for Audit the Fed is growing on Capitol Hill. Paul's bill has earned 31 consponsors in the Senate. Rep. Thomas Massie (R-KY) now boasts 133 cosponsors to his version of the bill, up from 63 when it was introduced early last month.

As for Warren, she has, once again, proven herself to be someone who talks a big game about transparency and against cronyism, but really doesn't do anything substantive to stop it.