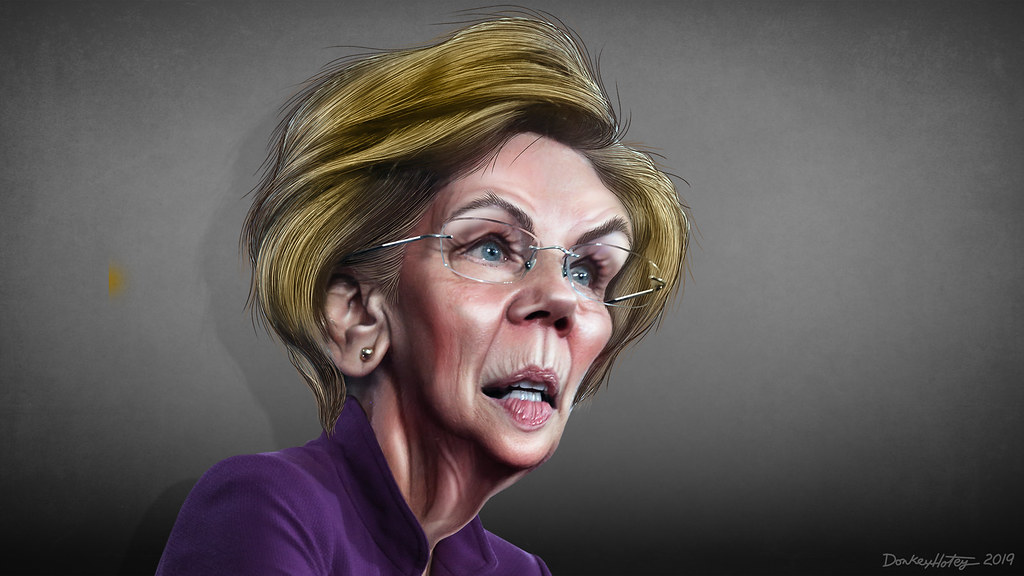 Sanders' tax is called “Inclusive Prosperity.” Warren dubs hers “Accountable Capitalism.” They are joined by another Democratic presidential candidate, Kamala Harris, who also wants to include a tax on every stock, bond, and derivative transaction.

According to research conducted by James Angel, a Georgetown University finance professor, this is really a tax on investors because financial intermediaries would simply raise fees and expenses on mutual funds, 401(k)s, IRAs and Pensions. Ordinary investors and savers would bear most of the burden of the tax. An Average IRA could have up to $20,000 less at retirement time.

Let's look at one of the Democratic frontrunners Elizabeth Warren's ideas. She presents a range of unappetizing concoctions in her recipe for “Empowering Workers through Accountable Capitalism.”

While she claims she is trying to redefine, reshape and broaden “corporate accountability,” she is not interested in increasing shareholder value. The typical U.S.-based corporation with revenues over $1 billion a year would be obligated to reconfigure its board of directors to shift away from representing shareholders.

Adding these items to corporate responsibility will make compliance with the Employee Retirement Income Security Act of 1974 (ERISA) significantly more challenging. This federal law sets minimum standards for most retirement plans in private industry to provide protection and maximization of long term returns for individuals enrolled in these obligations.

The stock market is now over $34 trillion, compared to the rest of the world's markets, which totals $44 trillion in capitalization as of 2018. It is less well known is that over 50 percent of U.S equities are owned by retirement funds. Total U.S. retirement assets include pensions, 401(k)s, IRAs reached an astounding $ 29.8 trillion in June 2019. Retirement assets account for 33 percent of ALL American household financial assets.

Our country is now 43 percent of global market value, even though we have only 17 percent of the world’s stocks. American companies are significantly bigger in the global market because they have been allowed to thrive, prosper, and grow to incredible proportions.

Warren's Social Security Plan would inhibit this growth in the future by increasing taxes on Americans to finance an aspiration to increase current and future beneficiaries’ benefits by $200 a month..

This idea would cost more than $150 billion annually and would be fueled by a 14.8% tax on investment income of taxpayers earning more than $250,000 and married couples earning over $400,000. In addition, there would be an increase in payroll taxes by both employers and higher earning employees.

This proposal is completely lopsided in that it aims to benefit both high and low income senior citizens alike. Even assuming that her plan works, it would defeat her own agenda to “help” impoverished senior citizens. Of course, we know that in reality, wealth taxes harm all Americans.

Warren’s wealth tax aims at the “richest 0.1 percent of American households.” At first glance, this appears clearly targeted. However, the reasons this major tax would impact Middle America is because wealth is invested not simply in homes and financial markets but in a range of businesses, commercial ventures, and innovations -- all of which necessarily precede all employment.

Warren’s proposal procession elicited an unusual public reaction from longtime Democratic donors on Wall Street and the business community. Supporting her would "be like shutting down our industry,” an executive at one of the nation’s largest banks told CNBC on Thursday.

A report from the liberal group Public Citizen, argues that most families have nothing to fear from new financial transaction taxes and more because only half of us have retirement accounts. These taxes bypass the middle class while "surgically targeting resources being tied up by the wealthiest Americans to be repurposed for better uses.”

Alas, this brings to mind a paraphrase of the memorable Greta Garbo quote from the classic 1939 film Ninotchka: “The mass taxes have been a great success, there are going to be fewer wealthy but better Americans!” What an ill-informed understanding of the regressive and harmful nature of collectivism, in any form. Unfortunately, this is what Public Citizen, and Warren, espouse.

How did we get here? Has nothing been learned by our recent incredibly prosperous years of economic growth, historic wage, productivity and employment gains in every demographic? Or as Ronald Reagan once said to his aide Michael Deaver: “Have we [Republicans] failed in our job of explaining our policies to the American people?”

This is a great opportunity to bring reason -- and facts -- back in the political dialogue.

There is no democracy in the world.