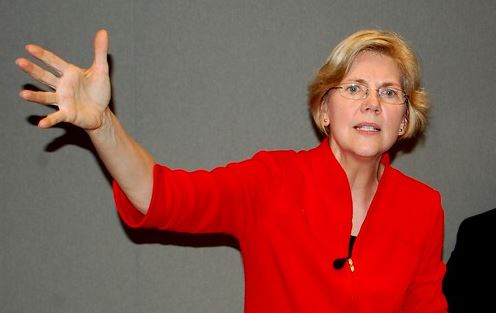 If you want to understand what's wrong with the economic debate in this country, start with Elizabeth Warren's magic Medicare For All and worse, her plan for “Accountability Capitalism.” Then add in the pronouncements of Adam Neumann, who was the messianic CEO of the office-sharing company WeWork until he was exposed as a snake oil salesman.

Neumann started with a good business idea but gradually styled himself as a high priest of altruism by peddling lines like, "If you’re not driven by material goods, you are part of the We generation.” It then turned out he had ignored the orders of his corporate board engaging in shady self-dealing real estate practices and adopting bizarre accounting such as "community adjusted earnings".

Yes, big business needs to do more to demonstrate a social conscience. Showing you care about something beyond profit is a selling point with Millenials and socially conscious consumers. But not the WeWork way. Privately held, WeWork grew rapidly over the last nine years financed heavily by Soft Bank. At the start of this past summer, it was valued at $49 billion.

Neumann touted fantasies of himself becoming the world’s first "trillionaire." But the company's valuation collapsed after Neumann's mismanagement was exposed during the company's failed attempt to go public.

Neumann was over-compensating himself by borrowing against his company's shares. He used the overcompensation to purchase a series of multimillion homes across the country and a Gulfstream jet. At the same time, in every interview, Neumann boasted of his firm’s magnanimous intent to improve the world’s condition.

This young CEO sounded like he was operating from the Elizabeth Warren Manual for Advancing the General Welfare.

WeWorks initial public offering (IPO) failure in September finally led to an abrupt end to his heroic ambitions. Neumann was dismissed by the Board although he walked away with over $1.4 billion. Unfortunately, 4,000 We Work employees will now lose their jobs as the company downsizes and the business model is re-evaluated.

Ironically, the message here is that a similar utopian vision to Neumann's can be found in Elizabeth Warren’s "Accountability Capitalism" plans. Her proposal intends to remake our corporations so they will "do good" as well as make money. Her dream is that big firms will work to benefit our country through good works and redeem themselves from greed.

But wait, doesn’t taking your eye off the bottom line most times lead to the floor coming up quickly to hit you in the face?

WeWork may be the first unintended yet tangible evidence of what Warren's plan for America’s future would actually look like. It's a clear warning of what lies ahead if we follow her ill-conceived fantasy.

Warren’s “Accountability Capitalism” would mandate that every company with over $1 billion in revenues no longer serve “solely and exclusively” its owners (i.e shareholders). According to Congressional Research Service (CRS), this would impact approximately 3,688 companies, private and public valued at roughly $67 trillion.

Sadly, the vast majority of those “owners" are retirees or investors nearing retirement who have saved over a lifetime in 401(k), IRA's and pensions. Money that has worked for you would now work for Warren’s big government goals — NOT YOURS. That is a most disturbing shift away from creating prosperity and jobs for our nation.

Heed this warning. If Warren’s ideas are taken seriously — We won’t be Working.