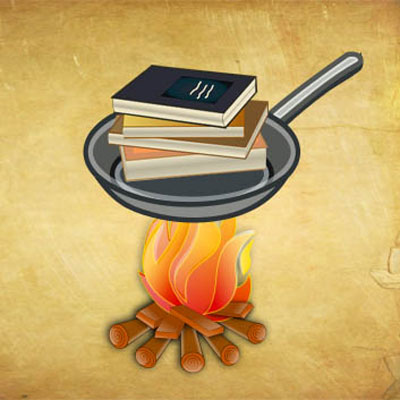 Have you ever heard of a school where students are given credit on a math test for an A on a history test? If that sounds preposterous to you, you may be surprised to hear that the Environmental Protection Agency (EPA) uses this logic when proposing new regulations. In the process of calculating the benefits of proposed regulation, the EPA also counts benefits from other regulations, essentially double counting benefits that are created elsewhere. With this slight-of-hand, EPA gives the false impression that the benefits of new regulations outweigh the costs. The bureaucrats at EPA then use this as propaganda to force through even more of their destructive regulation.

Longstanding executive orders and regulatory agency guidance require EPA to subject each proposed major rule to a cost-benefit analysis. This makes sense, given that EPA regulations are supposed to be about making Americans better off overall, not just expanding government power. For example the Clean Air Act states that its purpose is “to promote the public health and welfare and the productive capacity of [the U.S] population.” If a regulation is a net cost to public health, welfare or productive capacity, the EPA is not authorized to pursue it. As our air and water have become increasingly cleaner, it has become harder and harder for EPA to justify ever more burdensome regulations. Instead of accepting the idea of diminishing returns, and understanding that tighter regulations are not needed, EPA has sought ways to manipulate the cost-benefit analysis.

The favorite mechanism for this manipulation is double counting so-called co-benefits. Co-benefits are derived from a separate regulation than the one being subjected to cost-benefit analysis. The most common co-benefits are from reducing particulate matter and ozone, two harmful air pollutants. These two pollutants are specifically regulated by the National Ambient Air Quality Standards (NAAQS), which prescribes aggressive standards to reduce these pollutants. The game EPA plays is that it claims the reductions mandated by NAAQS as benefits for its other regulatory proposals. This is most notorious in the case of carbon dioxide regulations.

When seeking to justify the enormous costs of regulating carbon dioxide, EPA faced a problem: it is virtually impossible to document benefits from reducing carbon dioxide. Carbon dioxide is not a pollutant, is not harmful to human health (indeed humans produce carbon dioxide), and is hugely beneficial to plant life. To get around this, the EPA decided to include co-benefits, since sources that produce particulate matter and ozone (such as power plants) are often also large producers of carbon dioxide. Ultimately as much as 94% of the domestic benefits claimed by the EPA for the Clean Power Plan, the Obama administration’s flagship carbon dioxide regulations, actually come from reducing emissions of particulate matter and ozone, not carbon dioxide. And again, those are reductions which are already mandated by other regulations, leaving the actual claimed benefits of the Clean Power Plan at a minor level.

This co-benefits game is played by the EPA with numerous other regulations. In every case, this ploy serves to inflate the alleged benefits of regulation, helping the EPA ram through ever more stifling regulation while claiming a net benefit to the American people. This kind of dishonest bookkeeping would get the average citizen arrested, but for the regulators it is standard operating procedure.

The lesson is this: regulators will seek to regulate by any means necessary. Left to their own devices, federal regulators will always seek to expand their reach. The only answer to this kind of dishonesty is affirmatively reducing the regulatory power of the federal government, leaving as little room as possible for the mischievous, destructive games of the bureaucrats.