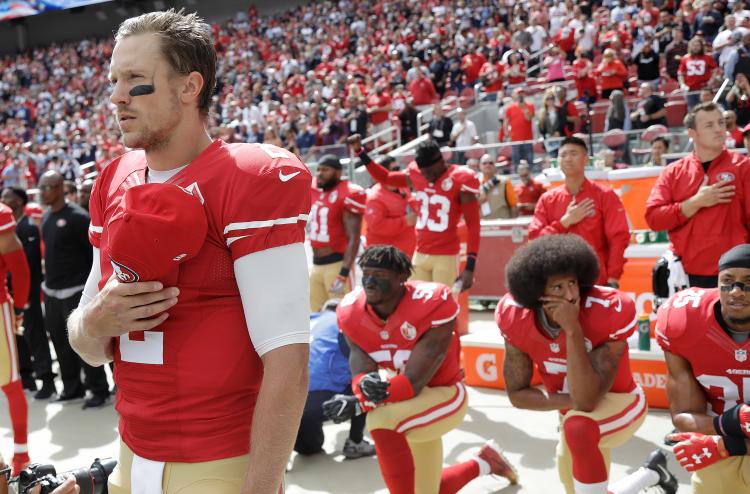 The left has classified the distinction as white supremacists v. everyone else and the right has classified it as American patriots v. American haters. The silver lining? A productive and bipartisan bill, introduced by Sen. Corey Booker (D-NJ) and Sen. James Lankford (R-OK) is picking up steam in the Senate, according to Kerry Picket of the Daily Caller. The bill aims to strip the NFL stadium building process of future taxpayer funding.

“Wait, the NFL gets money from my taxes?” you may ask. Yes is the answer. The NFL has raked in 7 billion federal dollars in the last 17 years, according to watchdog.org. That's about $50 from your paycheck. Wouldn’t it have been nice to spend that on a nice bottle of wine or health care for your family?

Instead, that money is going to sponsor new stadiums to the profit of Jim Irsay, Art Rooney II and Robert Kraft. That is $2.7 billion, $1.3 billion and $6.2 billion, respectively. They don’t need our help.

The taxpayer funds the NFL stadiums through a loophole in the tax code that allows owners to pay for their stadiums with tax exempt municipal bonds. The NFL attempts to justify this with claims that their stadiums lead to economic development for communities. Research from the Journal of Economic Perspectives, however, found this claim to be unsubstantiated. In fact, research from George Mason University found that having a federally subsidized sports team tends to indicate a negative impact on individual incomes.

Sen. Booker and Sen. Lankford’s bill would end federal subsidies as means to finance stadiums. The bill also allows localities to tax tickets and in-game merchandise, in effect, getting locals who benefit from the stadium to subsidize the stadium.

The same municipal bonds could be used to finance more dire public services such as hospitals, schools and roads. Using the bonds to pay for a billionaire’s profit playpen is an affront to the American taxpayer.

If there ever was a bipartisan sequence disproving the notion that the government knows how to best distribute your wealth, Donald Trump v. the NFL is it.