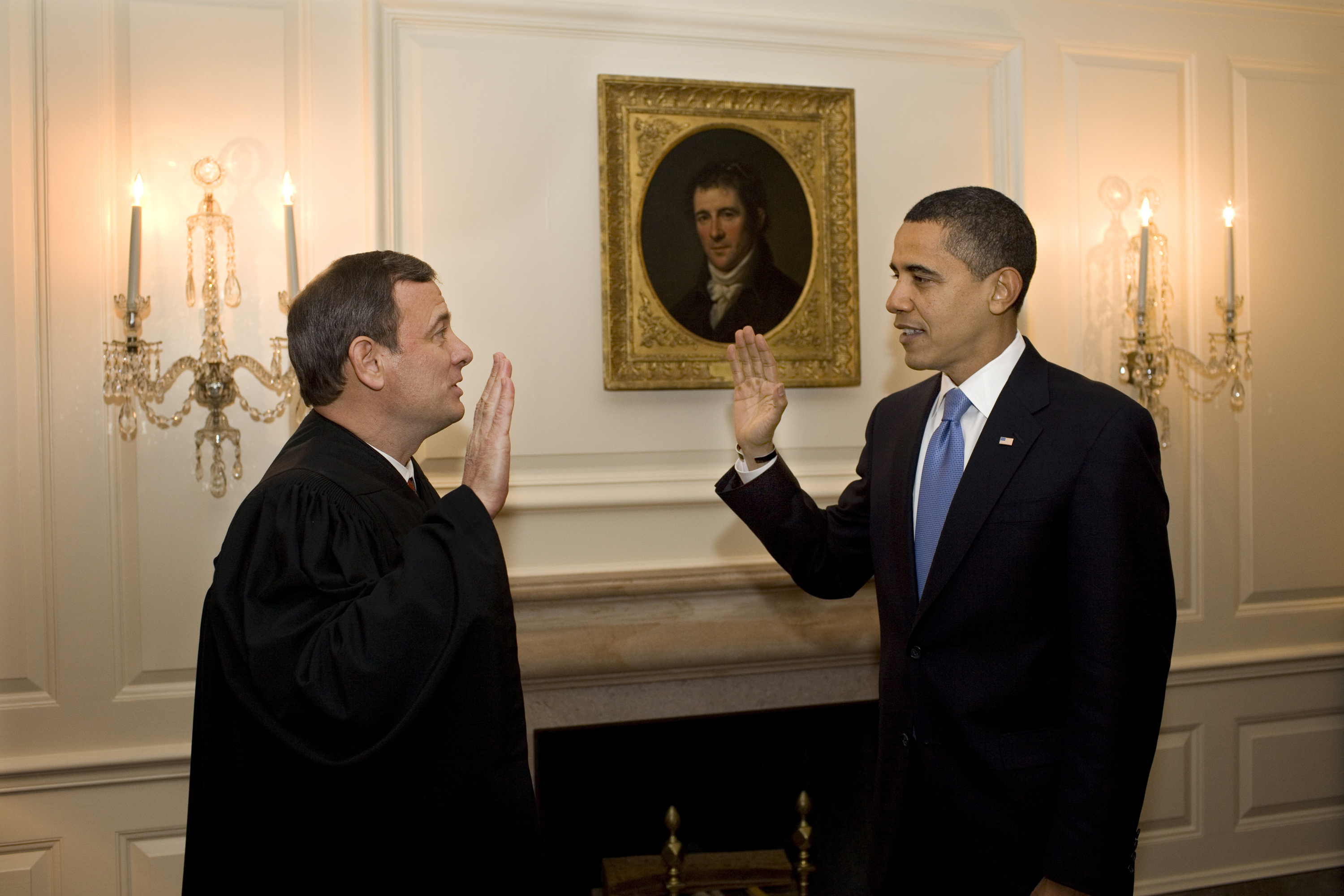 On multiple occasions over the last few years, President Barack Obama has reminded voters that he won't appear on the ballot again. Indeed, our long national nightmare will come to an end in 674 days. Presidents, of course, tend to engage on policy and politics even after they leave the White House. There's no reason to believe Obama will be any different.

Three current Supreme Court justices will be octogenarians come 2016 -- Anthony Kennedy, Ruth Bader Ginsburg, and Antonin Scalia -- and another, Stephen Breyer, will be approaching 80. So the next president could find his or herself with at least a couple of spots to fill on the nation's highest court. With this likelihood on the horizon, Robert Reich, who served as President Bill Clinton's first Labor Department secretary, is floating President Obama's name as a potential Supreme Court nominee should Democrats win the White House in 2016.

"If Hillary Clinton or any other Democrat wins the White House next year, Barack Obama should be their first Supreme Court pick. He's been a constitutional law professor. He has the right temperament and values. He's a superb writer," [Reich wrote on his Facebook page] on Friday the 13th. "The average age of newly appointed justices is 53; Obama will be 55 on leaving office. Even a Republican Senate would be hard-pressed not to confirm a former president."

It wouldn't be an unprecedented move. President William Howard Taft, who lost his bid for reelection in 1912, was appointed to serve on the Supreme Court in 1921 by President Warren Harding after the death of Chief Justice Edward Douglass White. Taft, a lawyer before beginning his political career, served on the court until 1930.

The notion that Senate Republicans "would be hard-pressed not to confirm" Obama, who, as Reich notes, has boasted of being a constitutional law professor at the University of Chicago, would be true, but it's generally true of most judicial appointments. With that said, Senate Republicans would undoubtedly face tremendous pressure from their base to oppose any potential nomination of Obama to the Supreme Court, which is a lifetime appointment.

Opposition to Obama would be well founded. His judicial philosophy, based on the legal arguments his administration has made, represents a profound expansion of government. We saw this in the Supreme Court arguments the administration made to uphold ObamaCare's individual mandate. It's also present in the arguments the administration has made in favor of the NSA's unconstitutional warrantless spying programs and attempts to suppress political speech. His views on executive power, through the general expansion of the office of the presidency and bypassing Congress to make laws through executive fiat, are also incredibly troublesome for anyone who cares about separation of powers doctrine.

Obama's legal philosophy doesn't begin with, to quote Randy Barnett, a "presumption of liberty," but rather a presumption that the fundamental civil liberties protected in the Bill of Rights are nothing more privileges granted to citizens by their government. His natural inclination is to defer to the government; that it knows what's best and should have virtually unchecked power.

It may be too early to get worked up about the theoretical prospect of Obama serving on the Supreme Court, but Senate Republicans should stand against the idea. He has failed to live up to the oath he took to "preserve, protect and defend the Constitution of the United States." Why would any Republican think he would follow through as a Supreme Court justice?

Is it Time for the Court to Address the Growth of the Administrative State?
Tags Robert Reich, Barack Obama, supreme court, nomination
Log in or register to post comments.
Related Posts
""
"https:\/\/www.freedomworks.org\/content\/key-vote-yes-nomination-russell-vought-be-director-office-management-and-budget?social=facebook_share"
""
https://fw-d7-freedomworks-org.s3.amazonaws.com/styles/thumbnail/s3/te_social_media_share/fw_default_0.jpg?itok=35IWEBMb
Blog

On behalf of FreedomWorks’ activist community, I urge you to contact your senators and ask them to vote YES on the nomination of Russell Vought to be Director of the Office of Management and Budget (OMB). Having served honorably as acting director since January of 2019, formalizing Vought’s role as head of the OMB should be a common-sense, bipartisan confirmation. The OMB, which is the largest office within the Executive Office of the President, is the chief coordinating arm for the executive branch, setting government wide policies as well as producing the President’s annual budget.