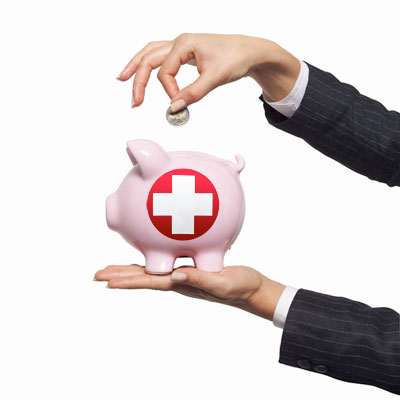 Lesson One: In reality, health insurance was mostly prepaid healthcare with large and diverse risk populations – a big business and their employees. Health insurance had less to do with the risk of illness or injury. America’s government-distorted health insurance was very different from Lloyds of London, which originally was risk insurance on oceangoing ships of trade.

Lesson Two: Obamacare is a continuation of our distorted health insurance

Take a typical 30-year-old and 64-year-old, earning identical amounts of money, living in the same place, and choosing the same health plan. Who will pay more for that health care plan under Obamacare?

Lesson Four: Most people under fifty would be much better served to have health-saving accounts where pre-tax dollars buy catastrophic medical insurance and pay for ordinary health care with their pre-tax dollars. The excess pre-tax savings builds within the account and will eventually be used for Medicare.

Lesson Five: Health savings accounts excel because people are buying real insurance against catastrophic injury and illness and paying for ordinary medical checkups with their own money. This is private property being voluntarily exchanged for risk protection and good medical care. Or as Hans-Herman Hoppe explains: …*.private property, production, and voluntary exchange … are the ultimate sources of human civilization. *

You've got. It Would resolve the healthcare problem at an affordable cost while giving us freedom of choice. The health savings account (HSA) you suggest, would permit residual savings to carry over to subsequent years.

In the current HSA created by politicians, however, the account drops to zero at the end of the year! Instead of promoting savings, employees limit contributions to current-year expected expenses and have a year-end frenzy to empty the account by Dec 31! Your suggestion would actually work.