Fair Chances: How Lawmakers Can Disrupt the Cycle of Crime and Poverty 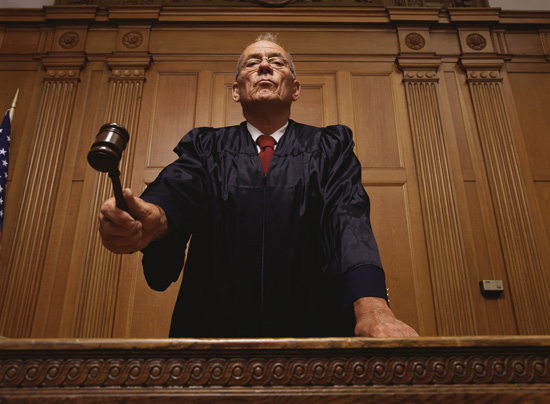 Much of the efforts to reform the justice system have been concentrated on front-end sentencing and back-end reentry reform. When it comes to sentencing reform, the idea is that a punishment should fit the crime. Rather than lengthy sentences mandated by big government politicians that ostensibly warehouse low-level, nonviolent offenders, judges should have the option to more appropriate sentences, including diversion programs. For offenders already in the prison system, rehabilitative programming -- such as work training and education -- would provide them with the means to learn skills so they can live productive, honest lives after they return to society.

Still, offenders who reenter society carry the stigma of their past. They are often unable to find work or housing because of a mistake they made. In many instances, unable to provide for themselves, they turn back to the behavior that landed them in trouble with the law, creating an endless cycle of crime and poverty that poses a risk to taxpayers and public safety.

Rehabilitative programming helps lower offenders' risk of recidivism, which, as Texas and Georgia have proven, reduces crime and saves taxpayers money. But there are other reforms that Congress and state legislatures could implement that would help offenders lead productive lives without their past coming back to haunt them.

Doug Deason is the president of Deason Capital Services, a real estate firm based in Dallas, Texas. Deason's success has helped his philanthropic efforts, which include a $7.75 million grant to Southern Methodist University for cybersecurity studies. But his life could have taken a very different path. As a teenager, Deason was charged with felony burglary and faced the burden of a criminal offense on his record.

"Like many 17-year-olds, I did something stupid. It was 1979, and I threw a party at the home of neighbors while they were out of town. (Their son had given me a key.) The party got out of hand, ultimately getting the attention of the police. I was charged with felony burglary," Deason wrote at The New York Times in July. "My actions were wrong and irresponsible. They could also have ruined my life, affecting my ability to go to college or even get a job."

Deason's wealthy family was able to "fight the charge," as he explained. He pled guilty to misdemeanor criminal trespassing and was sentencing to six months of probation and a fine. After Deason had completed his punishment, the offense was expunged from his record and he was able to move on with his life without the burden of a mistake hanging over his head.

"[O]thers aren’t always so lucky. Too many Americans who make similar mistakes wind up imprisoned, impoverished and incapable of rejoining society or leading a fulfilling life. This is especially true for minorities, who so often lack the resources and the opportunities I had," Deason explained. "For too many, the criminal justice system can lead to even greater injustice."

Earlier this year, Deason testified before a Texas Senate committee in favor of SB 1902. The bill, which marks the latest in Texas' groundbreaking justice reform efforts, allows nonviolent offenders to seek an order of nondisclosure from a court. The order will let a qualifying offender pursue employment, housing, and education opportunities without having to disclose a past offense. SB 1902 eventually passed the Texas Legislature and was signed into law by Gov. Greg Abbott in May.

Another idea, known as "ban the box," involves removing the box asking applicants about their criminal histories. Though employers would still be able to inquire about any criminal background later on the hiring process, removing the box from applications gets potential employees in the door and lets employers decide if they are qualified to do the job based on merit. Already, 18 states, including Georgia and Nebraska, have banned the box from employment applications for state government jobs. Dozens of private employers, including Lowe's and Koch Industries, have voluntarily removed the box from their employment applications.

Right on Crime, which advances justice reform based on conservative principles, has noted, however, that nondisclosure laws are a superior solution. "In general, nondisclosure or 'record sealing' allows an individual to petition the court to seal their criminal record from the general public, while allowing law enforcement and employers in sensitive industries, such as health care, education, and finance, to see through the seal. If the judge determines that the ex-offender is indeed on the straightened path, the person can legally state that they have not been arrested, charged, or convicted of the offense to most employers, housing agents, and licensing centers," Greg Glod explains. "This places personal responsibility and the costs of reentry with the individual, rather than having the government enact further restrictions on business."

Another attractive idea currently under review in Pennsylvania is the "clean slate" policy. This policy would allow minor nonviolent crimes to be sealed from an offenders' record after ten years. This requires, of course, that they do not engage in recidivist behavior. An eligible offender would still have to petition a court, but the sealing of their record would be automatic. "Having even a minor criminal record," says Rebecca Vallas of the Center for American Progress, "has really become an intractable barrier to employment for tens of millions of Americans and many tens of thousands of Pennsylvanians."

Nondisclosure, as has been passed in Texas, and the "clean slate" policy being considered in Pennsylvania seem to be better alternatives to address the issue than "ban the box." Still, with an estimated 65 million Americans having a criminal record, steps must be taken to ensure that they have a fair chance to succeed and become productive members of society. This will not only save taxpayers money through reduced incarceration costs but also help keep our communities safe by bringing to an end the cycle of crime and poverty for those offenders who want to change the direction of their lives.