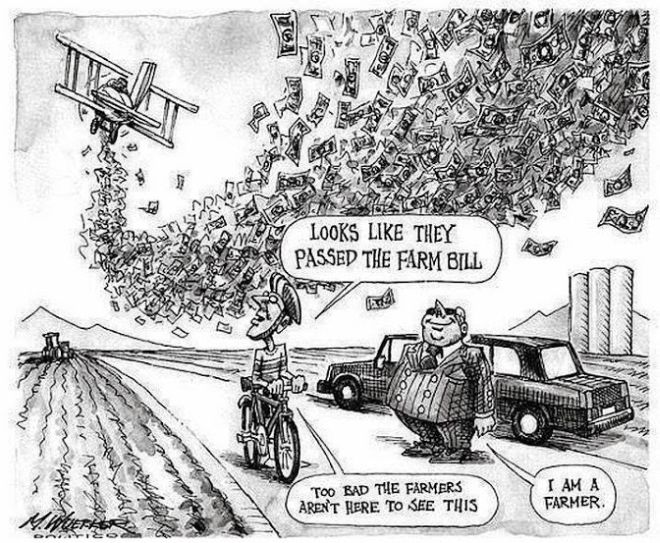 Sadly, this is not the first time swaths of Americans have required aid. The Trump administration has also, over the last two years, administered $28 billion in aid to farmers without congressional oversight. In the coming months, America’s farmers will get another $19 billion to combat the effects of the coronavirus. All of this is on top of the hundreds of billions of dollars appropriated in the recently-passed Farm Bill.

It’s no secret that American farm policy is a mess. The fact that billions upon billions of dollars have been spent and farmers across the country still find themselves struggling is only further evidence of this sad reality. Unfortunately, there is more than one reason as to why this is the case and it is in all cases a result of tragically bad policymaking.

First is the administration’s counterproductive trade policy toward China. Trade tensions across the Pacific have decimated corn and soybean farmers and the aid provided to ameliorate the issues have not come close to sufficing. It seems the administration hasn’t learned its lesson here, as it now wants to implement a “Buy American" executive order, which would have equally if not more devastating effects on other areas of the economy.

The farm subsidy system is also inefficient to begin with, and relies on an overused trope of the struggling farmer. A whopping 94 percent of subsidies go to only six crops. Those six crops only account for roughly 28 percent of production. That means to begin with, almost seven in ten farmers operate just fine without subsidies. The subsidies serve to prop up the rest, distorting the market. This was exacerbated when crises like a trade war or global pandemic come along.

Farm subsidy law is also riddled with loopholes that allow even New York City billionaires to collect subsidies. A recent 60 Minutes special showed that this hasn’t stopped with the dispersion of aid packages. This money is not helping small farmers and ranchers. It’s serving wealthy agri-businesses and millionaires in large cities. The American taxpayer is left footing the bill while small farmers are decimated by global crises and foolish policymaking from elected officials.

Farm policy has long been a vehicle for some of the worst cronyism in Washington, using farmers and ranchers in rural America as political props to perpetrate this fraud. It is truly baffling that even during the coronavirus, where government spending has gotten even farther out of control and people in all walks of life are struggling to get by, the U.S. government still finds time to funnel money to special interests and waste the taxpayers’ dollars. Their hope is that you will be distracted, but the facade is slipping more and more every day.