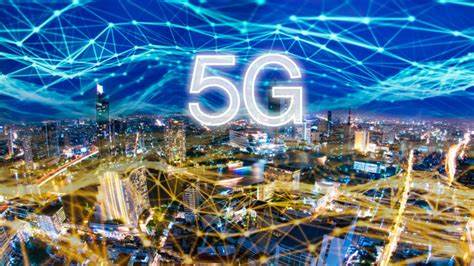 FCC Chairman Ajit Pai announced yesterday that the Commission had approved Ligado Networks’ application to build a low-power terrestrial network to help build out fifth generation (5G) technologies and to develop the internet of things (IoT). The order was also carefully crafted to protect existing spectrum bands from interference.

This has been a years-long process. The government has made Ligado jump through every hoop imaginable and sit through extensive proceedings. Chairman Pai finally stood up to say “enough is enough” to bring an end to this matter.

If the U.S. tech sector falls behind the rest of the world, it will have only itself to blame. This Ligado situation has shown that federal regulators are forcing private companies to bend over backward to get access to broadband resources they need to build out new and improved networks. It would honestly make some of the most ambitious central planners jealous.

This situation has also exposed some blatant examples of cronyism within the federal bureaucracy. The Department of Defense (DoD) is still steadfastly opposed to the Ligado approval. As baffling as the fact that one government agency would publicly criticize and oppose another, it is not as baffling as the fact that DoD is essentially working as a lobbyist for the airline industry.

Despite all of the aforementioned hoops and safeguards, the airline industry - with the backing of the DoD - is falsely claiming Ligado’s network would harm aircraft navigation capabilities. It is altogether unsurprising that DoD started making a fuss once Lockheed Martin - a company which generates 78 percent of its revenue from sales to the military - announced its opposition.

Chairman Pai has generated all kinds of assurances that this will not be the case and the airlines and DoD will be unaffected. It should be unsurprising though, as DoD and its allies have been hoarding valuable spectrum that could be used to revolutionize our Internet and associated technologies. This could have profound benefits for our economy. However, DoD has seemed content to sit on its resources denying the private sector the opportunities it needs.

This is also not the first time a government agency has tried to prevent Chairman Pai from moving power from the federal bureaucracy to the private sector. In 2019, the Department of Transportation (DoT) acted as if they were a representative of the automotive industry. DoT tried to prevent FCC from freeing up spectrum, hoping to reserve it for the auto industry, despite their apparent lack of interest in using it. The FCC issued a proposal in December to free the spectrum regardless.

Around the same time last year, NASA bizarrely claimed that 5G would make it impossible to predict the weather in a timely fashion. It is a claim so far out of left field that was quickly debunked by Chairman Pai.

If all of this demonstrates anything, it is that entrenched bureaucrats will try to maintain their hold on power at the expense of our economy and the wellbeing of the American people. Thankfully, there are people in government like Chairman Pai who are willing to work against the grain to take power out of the hands of bureaucrats, even if it means decreasing their own power as a result.

Freeing up broadband spectrum will make America a global technological leader and will lead to innovations and developments that will improve quality of life across the country. Chairman Pai and the FCC should be applauded for their work resolving these matters despite cronyist opposition from all corners of government.