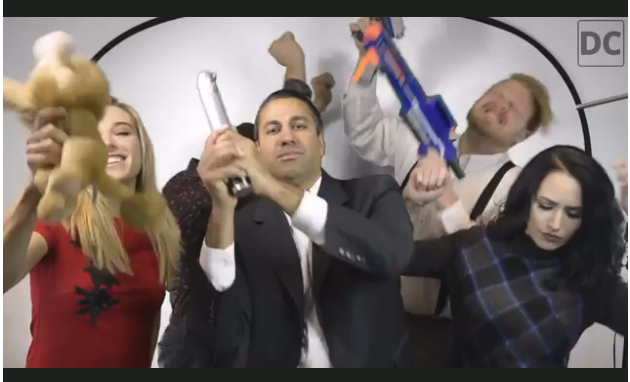 FCC Chairman Ajit Pai has recently scored a number of victories that will boost our economy and help make the United States the global leader in 5G development. The beauty of all this also stems from the fact that these wins were secured not by relying on superior central planning, but by recognizing that the market knows what is most effective to develop our economy than unelected bureaucrats do.

One of the Commission’s more recent victories was the rollout of a proposal to use TV whitespace to help bridge the digital divide in rural America. TV white space is unused radio frequency spectrum, either buffer zones between channels or entirely unused channels. White space provides wireless Internet connection to anything with connection capability. Most importantly, white space coverage is nearly universal, blanketing a much larger area than broadband.

Because of this increased range and flexibility, TV whitespace can be used to increase internet access in rural parts of the country. On this proposal, Chairman Pai said in a statement:

“TV white spaces can play a critical role in providing broadband services to rural and underserved areas. I saw the promise of this technology in South Boston, a town in rural Virginia, where I met a student who said getting Internet access in his home was a game-changer. The FCC has taken steps to enable the use of white spaces over the years, and this new proposal would further help bridge the digital divide while protecting TV stations.”

The FCC also scored a victory as a US district court judge approved the T-Mobile/Sprint merger to move forward. This will help create more competition in the tech sector, as the new combined entity will be able to compete on a more level playing field with existing giants Verizon and AT&T. The deal also combines T-Mobile’s low-band spectrum holdings with Sprint’s mid-band spectrum holdings. This promises to accelerate the rollout of a nationwide 5G network for all Americans to enjoy.

On news of the court’s decision, Chairman Pai added:

“I’m pleased with the district court’s decision The T-Mobile-Sprint merger will help close the digital divide and secure United States leadership in 5G. This transaction represents a unique opportunity to speed up the deployment of 5G throughout the United States, put critical mid-band spectrum to more productive use, and bring much faster mobile broadband to rural Americans."

The FCC has also made it a priority to make spectrum more widely available to private organizations so they can develop new, innovative services. The Commission rolled out a proposal to auction off more C-band spectrum. This band is particularly useful for 5G development. Almost two dozen nations have already begun using it widely. This is an important step forward.

FreedomWorks, along with other conservative and libertarian groups signed a letter praising the move.

The FCC has also introduced a formal notice of proposed rulemaking on 5.9 GHz spectrum. This is a spectrum band that has been hoarded by the automotive industry for years while it lays dormant. This band could be used to develop better safety technology and quicker WiFi. The FCC has decided to make more of this precious commodity more widely available, potentially spurring the development of new technologies.

President Trump promised to cut regulatory red tape and to "drain the swamp." Perhaps no one of his political appointees has done more to accomplish that vision than Chairman Pai at the FCC. The reliance on free market principles and absence of heavy-handed government intervention has put America on a better path towards a more exciting future.