Fed Independence is a Joke, So Why Not Audit? 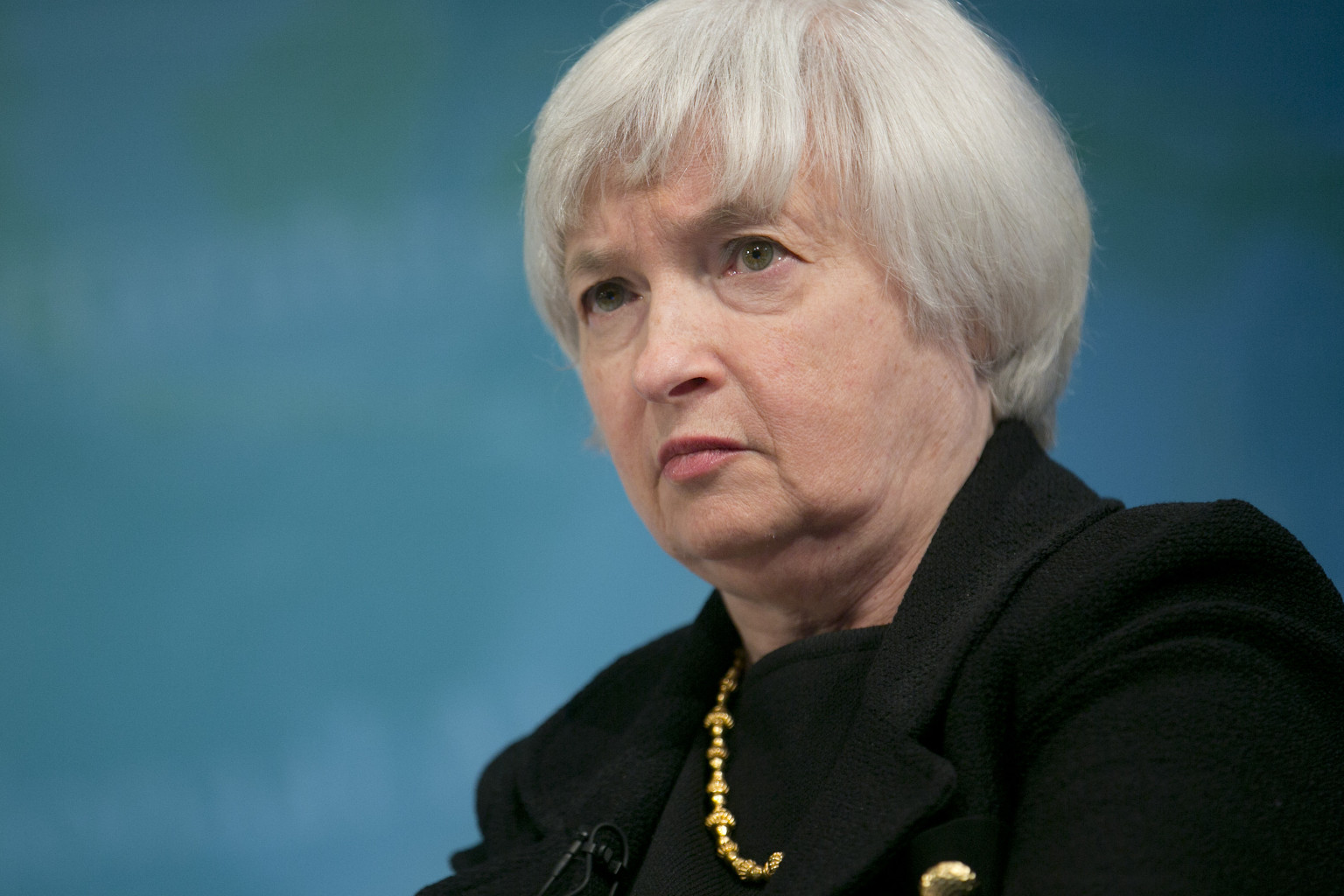 Not just bookwormish but also obstinate about secrecy...

A whistleblower-hating president, a bureaucrat who illegally targeted conservatives, and the former national intelligence director who lied before Congress walk into a bar.

The bartender says: what can I get “the most transparent administration in history”?

If Janet Yellen didn’t resemble a bookwormish teetotaler, perhaps she’d join her colleagues in a toast to suppressing democratic accountability. For now, she’ll order a club soda while working vigorously to keep Congress, and thus the people, out of her business of running the country’s central bank.

Yellen has only been Chair of the Federal Reserve for one year, but she’s already facing pressure to open the books from the new Congress. Leading the charge are two statesmen from Kentucky: Representative Thomas Massie and Senator Rand Paul. Both have introduced audit the Fed legislation in their respective chambers.

Wall Street’s cadre of financial oligarchs are predictably up in arms over an audit of their free money machine. Think tankers are antagonizing the campaign, with Jim Pethokoukis of the American Enterprise Institute asserting that Sen. Paul has “a poor understanding of what’s actually on the Fed balance sheet and how the bank operates.” It’s expected President Obama would veto an audit the Fed bill. Even local bankers are scaremongering over the prospect of the Fed losing autonomy.

Yellen, for her part, isn’t about to let the nosy wolves in her henhouse. In a recent interview, she said she would stand “forcefully” against any audit measures. She justified her intransigence by citing the importance of “central bank independence” and being able to act without interference.

Nothing says limited government and separation of powers like a bureaucracy unaccountable to the voice of the people! Then again, Yellen doesn’t care much for democratic oversight. She’s a caricature of Randian libertarianism: someone who wants to do whatever, whenever, without rulers. The problem is Yellen isn’t operating a private railroad company. She’s the figurehead for a government institution created by Congress. If democracy means anything, it’s that voters have some measure of control over political bureaucracies.

So apologies Janet, you don’t operate in a bubble (insert Fed pun here). The people - those plain people who think economics is about supply and demand rather than complicated math formulas - deserve some level of sway over the Fed’s operations. So why not an audit by the Government Accountability Office? Last I heard, President Obama was all about accountability.

Yellen and company aren’t buying it. They don’t want anyone butting in on their micromanagement of the money supply. Outside observers would interfere with the Fed’s independence, which is a sacrament of the central bank.

In an illuminating interview with the Wall Street Journal, David Wessel does his best to explain the history of the Federal Reserve and Congress’s long trek to make its internal deliberations more public. For over four decades, the GAO (then called the General Accountability Office) was barred from investigating the Fed. That changed in 1978, when Congress passed a law allowing the GAO to look at the central bank’s “regulatory duties.”

Then the financial crisis of 2008 hit, and the Fed intervened in the financial markets at an unprecedented scale. Banks and Wall Street firms were bailed out to the tune of tens of trillions of dollars. Main Street was left high and dry. Voters were livid and rightfully so.

Congress - after ignominiously bailing out the banks further - expanded the GAO’s authority to examine Fed loans to private companies. With the passage of the Dodd-Frank bill in 2010, the Fed was further opened up, and had to disclose “internal controls, policies on collateral, use of contractors and other activities.” Currently, the GAO is not allowed to review the Fed’s discussions on monetary-policy decisions.

Rand Paul’s audit the Federal Reserve bill eliminates that barrier. And therein lies to the problem according to Fed apologists. As Mr. Wessel tells us, the central bank should be protected from the influence of short-sighted politicians. “[G]iving politicians power over interest rates and the supply of credit hurts an economy over time,” he explains. “Prohibiting the GAO—an arm of Congress–from second-guessing the Fed’s monetary policy decisions is part of that insulation.”

Now, it is indeed true that politicians tend to be myopic in their actions. An $18 trillion debt created by the refusal to don big boy pants and cut spending is indicative of Congress’s systematic immaturity. Having the likes of Nancy Pelosi and John Boehner in charge of the Fed’s printing presses is a startling notion. But that’s not what auditing the Fed accomplishes. There is no language in either the House bill or Senate bill that puts Congress in charge of monetary operations. Fed proponents like Pethokoukis are demagoguing when they say otherwise.

It’s true the Fed’s financial statements are audited every year by the firm Deloitte & Touche. That perfunctory measure didn’t reveal the fact that the Fed took advantage of the financial crisis to bail out foreign companies and central banks. Over $16 trillion was doled out to foreign institutions like Barclays and UBS. The American public only became aware of the monetary shenanigans because Dodd-Frank contained a partial audit of the Fed’s activities. Had that not happened, we would still be in the dark.

Central bank defenders who scream “independence” over the prospect of an audit are misguided. The idea that political institutions operate in a vacuum and are isolated from outside interests is college-level idealism. It doesn’t pass the smell test. Government officials are primarily interested in perpetuating their power - public good be damned.

Janet Yellen is just as beholden to everyday politics as President Obama. She’s not independent; her job depends on the president’s approval. In a recent testimony before Congress, Yellen wondered aloud, “I really wonder whether or not the Volcker-led Fed would have had the courage to take the hard decisions necessary to bring down inflation and get that finally under control.” What she referred to was the economic calamity that preceded the inauguration of President Ronald Reagan. When the Gipper took office, inflation was raging. Volcker was appointed to the Fed to clamp down on rising prices. This wasn’t popular at first; hiking interest rates tanked the economy. But Reagan stood by Volker, giving him the political cover to follow through. As Washington Post columnist Robert Samuelson writes,

“[D]uring Volcker’s monetary onslaught, there were many congressional proposals, backed by members of both parties, to curb the Fed’s power, lower interest rates or fire Volcker. If Reagan had endorsed any of them, the Fed would have had to retreat.”

Volcker didn’t operate independently. He had the support of the Reagan White House. Just the same, Yellen isn’t free from democratic pressure. She has to obey political headwinds.

If the Fed is not immune from politics, then why keep up the facade of independence? Let’s acknowledge the central bank must answer to the political class. And then let’s look at the past: the Fed’s history is full of backroom deals for elite special interests. That’s not an accident. Darkness gives cover to all sorts of sleazy deeds. An audit would begin the process of weeding out this secrecy.