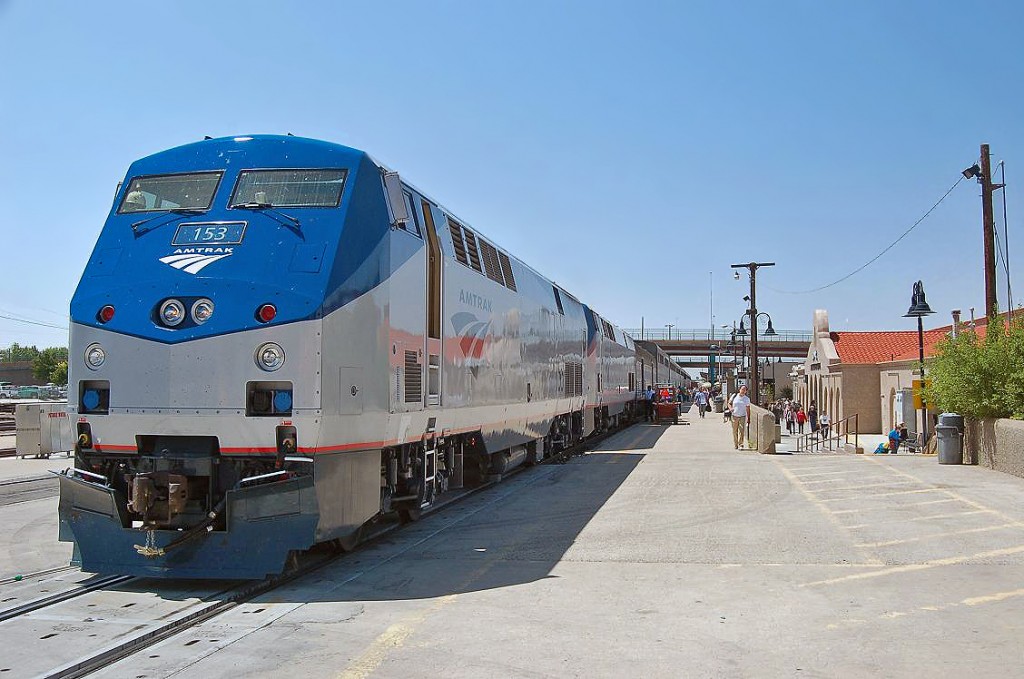 Rivers' dream came crashing down on April 15 when federal agents seized the $16,000 based on the mere suspicion that it was connected to drug activity. Agents with the Drug Enforcement Administration (DEA) boarded the Amtrak train in Albuquerque, New Mexico and began quizzing passengers about their travel. Believing he had nothing to hide, Rivers, an African-American, answered their questions and consented to a search. Agents found the cash and seized it. Rivers tried to tell the agents his story, but his words fell on deaf ears.

"I even allowed him to call my mother, a military veteran and [hospital] coordinator, to corroborate my story," Rivers told the Albuquerque Journal. "Even with all of this, the officers decided to take my money because he stated that he believed that the money was involved in some type of narcotic activity."

Not only was his dream of making a music video destroyed by these overzealous DEA agents, the seizure of the cash left Rivers without any money to survive once he reached Los Angeles. "I told [the DEA agents] I had no money and no means to survive in Los Angeles if they took my money," said Rivers. "They informed me that it was my responsibility to figure out how I was going to do that."

Rivers was not arrested, he was never even charged with a crime. But in the eyes of the DEA agents, his money was connected to illicit activity. Although New Mexico recently banned civil asset forfeiture, requiring a criminal conviction before property can be subject to forfeiture proceedings, the law applies only to state and local law enforcement. The DEA is a federal agency, and it operates under federal civil asset forfeiture laws, a form of government overreach that often deprives innocent people of their property or cash.

The "presumption of innocence" is a bedrock principle of the American legal system. The government must prove beyond a reasonable doubt that an individual is guilty of a crime before meting out a punishment. This principle is reversed in civil asset forfeiture proceedings, property and cash accused of connection to a crime are presumed guilty. federal government need only meet a low standard of evidence, preponderance of the evidence. The property owner, however, must prove that the seized items are innocent to get them back. This involves a lengthy and costly legal fight from which most walk away, often allowing the government to keep a large portion of the cash as long as they can get a portion back.

Although he was defending seizures without a criminal conviction, an Albuquerque-based DEA official confirmed this perversion of the justice system. "We don’t have to prove that the person is guilty," he told the Albuquerque Journal in defense of the seizure. "It’s that the money is presumed to be guilty."

The Fifth Amendment guarantees that "[n]o person...be deprived of life, liberty, or property, without due process of law," but civil asset forfeiture violates this basic constitutional principle.

Rivers' lawyer, Michael Pancer, believes the actions of these overzealous law enforcement agents are predatory. "They have made a practice of doing searches without probable cause, convincing innocent people to give them consent [to search their bags],” Pancer told the ABQ Free Press. "If there is a fair amount of cash they seize it and wait to see what the person who lost it does. Some individuals they’ve taken money from are not acquainted with the legal system and they don’t know that they can try to get the money back."

Rivers' situation may not be an isolated incident for the DEA in Albuquerque. The ABQ Free Press reports that the DEA has seized nearly $1 million from Amtrak passengers over two years.

The feds are pulling stunts like this everywhere in an effort to grab every nickel possible to fund Obummer's marxist agenda. The IRS is watching for innocent people who deposit just under $10,000 in the bank and seizing their money on the trumped up charge that they are trying to avoid paying taxes.

Federal agents stole $16 k from a kid. Sounds abusive doesn't it? Well there's more to this story than meets the eye. In order to seize money the DEA or whatever LE officer has to have more than a suspicion or hunch. For example the kid would have to have a prior drug based arrest history & no way to have legally gotten that money and the money would have narcotic residue on it. I'm all for the constitution as I took an oath to uphold it and I treat people as I want to be treated so that's law enforcements job. The kid wasn't arrested so he wasn't charged criminally but the civil forfeiture was based on more than is written in this article.

Personally I would have gotten the agents names(ALL OF THEM) and then filed a criminal complaints for strong arm robbery with the local polic leaving out that they are Federal Agents due to the fact that they were abusing power under pretended authority's! If nothing else it would have made it uncomfortable for them. As far as they're actions, Once they step out of bounds they no longer are protected under the law and are deemed criminals by the court!

Looks like racial profiling by the Feds. Where is the outrage?