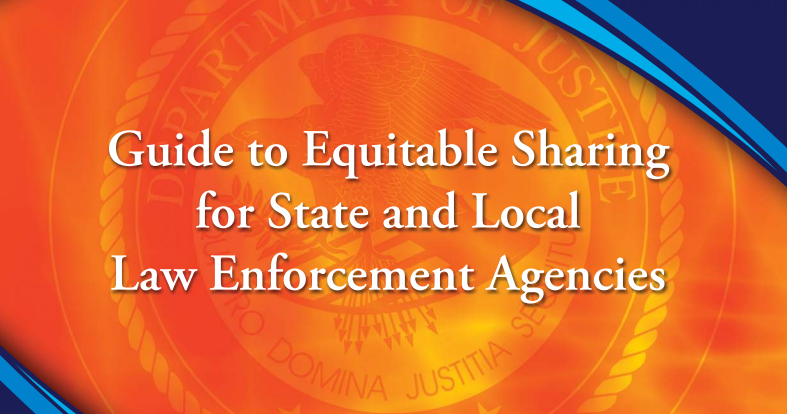 The Department of Justice and Department of the Treasury are interfering in a debate over a piece of legislation currently in the California Assembly that would close a loophole in the state's civil asset forfeiture laws. The loophole allows law enforcement to circumvent protections in the state's forfeiture laws by pursuing forfeitures in federal courts, which creates a serious problem for innocent property owners.

Unlike most states, California's forfeiture laws offer more protections for innocent property owners, such as a high standard of evidence. Additionally, the burden of proof falls on the government. State and law enforcement have gotten around these protections by seeking forfeiture of property under federal forfeiture laws, which require a much lower standard of evidence and place the burden of proof on the property owner, who may never be charged with a crime. Law enforcement can receive up to 80 percent of the proceeds through the Department of Justice's Equitable Sharing Program.

Between 2009 and 2013, state and local law enforcement in California received $384 million in equitable sharing payments, more than three times the approximately $116 million forfeitures under state law over the same period. In June, a Drug Policy Alliance study noted that law enforcement agencies in the Los Angeles area were using proceeds from equitable sharing payments to supplant their budgets, in direct violation of the rules of the Equitable Sharing Program.

In response to the circumvention of California's forfeiture laws, state Sen. Holly Mitchell (D-Los Angeles) introduced SB 443. One of the biggest benefits of the bill is that it would close the loophole in state forfeiture laws, allowing law and allow state and local law enforcement to receive proceeds from forfeitures under federal forfeiture laws if a criminal conviction is obtained.

"This is a multi-pronged approach to a problem which has reached epic proportions in many California communities, requiring that, in most cases, a defendant be convicted of an underlying crime before cash or property can be permanently seized," Mitchell said in June. "It would require that more drug asset forfeiture cases be handled under state law rather than transferred to federal courts in order to ensure the stricter standards under California current law are followed."

SB 443 cleared the California Senate in a bipartisan vote of 38 to 1. It is slowly working its way through the state Assembly, where it has been approved by the two committee committees with jurisdiction. The bill is expected to receive a vote in the lower chamber at some point in the coming days. It will have to go back to the Senate for approval before heading to the desk of Gov. Jerry Brown (D-Calif.)

The Department of Justice and the Department of the Treasury are trying to influence the debate over SB 443. According to documents obtained by the Institute for Justice, Melissa Nasrah, legal counsel for the Treasury Executive Office for Asset Forfeiture, told Santa Barbara Senior Deputy District Attorney Lee Carter that state and local law enforcement may lose payments from the Equitable Sharing Program should SB 443 become law.

"I highly doubt our federal agencies can figure out whether a conviction occurred in any timely manner. I’m not sure they would have the resources, desire, or technical capability even they have the first two. And I think the timing issue is a big one that cannot be overcome because our 60 day timeline is the crucial first step in our internal accounting controls," Nasrah wrote via email earlier this month. "Finally, it seems the legislation, in effect, takes decision-making authority away from Treasury."

"Accordingly, I think I would still advise our policy officials here that it would be prudent to not share with CA agencies should this law be passed," she added.

Though Nasrah's email is dated in September, it reemphasizes a previous position of the Department of the Treasury. In August, for example, the California District Attorneys Association sent a letter to Mitchell reiterating their opposition to SB 443 and cited the federal government's strongarming to try to further their argument. "We have been informed by both the Department of Justice and the Department of the Treasury that if SB 443 becomes law,," the letter stated, "all California law enforcement agencies will be decertified from participation in the Federal Equitable Sharing Program." Similarly, a one-page lobbying letter from 11 law enforcement agencies repeated some of the language from the California District Attorneys Association.

"This is a desperate and cynical attempt to derail civil forfeiture reform in California,” Institute for Justice Legislative Counsel Lee McGrath said in a release. “Discussions of dollars and cents have no place in the debate about criminal justice reform, nor do ‘desire’ or technical incapability on the part of the federal government. These documents demonstrate that despite their public statements in support of some reforms, federal officials are collaborating with local law enforcement officials to derail reform."

The California District Attorneys Association also noted that the Department of Justice and the Department of the Treasury have already decertified New Mexico's state and law enforcement agencies in retaliation to HB 560, which was passed by New Mexico Legislature in February. Gov. Susana Martinez (R-N.M.) signed the groundbreaking bill into law in April after FreedomWorks drove nearly 5,000 calls over 72 hours to her office.

"These emails make it clear that the DOJ is trying to make an example of New Mexico and ward off other states from curtailing the federal government’s ability to forfeit private property without first obtaining a criminal conviction," McGrath said. "There is no public-safety rationale for law enforcement to outsource the prosecution of Californians to the federal government. Police and District Attorneys special interest groups are colluding with the DOJ to undermine California’s sovereignty. The basis for SB 443 is Californians should be regulated by Californians."

The Institute for Justice notes that "[t]here is no statutory or legal basis for the DOJ and Treasury’s threat to disqualify California if it requires a conviction prior to forfeiting property."

"As time went on and states got into the forfeiture game, the uses became more personally rewarding for law enforcement. Maintaining an undercover identity was often no longer even part of the justification for seizures," Yoder and Cates wrote at the Post. "Law enforcement agents and prosecutors began using seized cash and property to fund their operations, supplanting general tax revenue, and this led to the most extreme abuses: law enforcement efforts based upon what cash and property they could seize to fund themselves, rather than on an even-handed effort to enforce the law."

"The individual is the font of sovereignty in our constitutional republic, and it is unacceptable that a citizen should have to 'prove' anything to the government. If the government has probable cause of a violation of law, then let a warrant be issued," they added. "And if the government has proof beyond a reasonable doubt of guilt, let that guilt be proclaimed by 12 peers."

If law enforcement believes that someone is involved in criminal activity, they should charge them, try them, and, if convicted by a jury, sentence them before beginning forfeitue proceedings against seized property. That is how the justice system is supposed to work. Civil asset forfeiture laws, in most states and the federal government, creates a perverse incentive that breeds abuse.

Finally, the Department of Justice and the Department of the Treasury should stay out of the affairs of states. Their involvement in New Mexico and, now, California undermines federalism. Basically, what they are saying is that states closing this loophole in their forfeiture laws are inconveniening them. This argument is not compelling. Though other areas of justice reform are dominating the public debate at the moment, perhaps the exposure of these communications will bring reform of the federal government's forfeiture laws back into the spotlight.