The Federal Government Wants to Re-regulate the Railroads 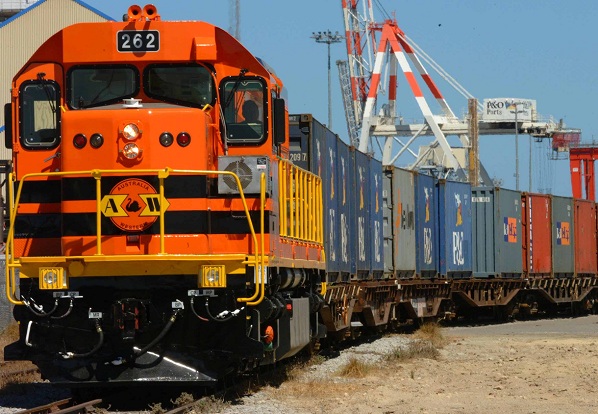 The United States has the most developed and efficient freight railroad system in the world. In contrast to Europe, where the large majority of freight is moved by road, by weight and distance travelled freight rail provides the largest share of the transportation mix in the US. This is no accident. In 1980, recognizing the sclerotic and weak state of the heavily-regulated rail industry, a deliberate decision was made to deregulate freight rail. The subsequent recovery of the freight rail industry might seem to be a lesson in the value of reducing federal interference to the average person, but not to a regulator. Perhaps offended by their example, regulators in Washington have been hunting for ways to re-impose regulatory control over American freight rail.

Freed from the heavy hand of federal government micromanaging, freight rail in America has boomed, creating a system that is the envy of the world. To maintain this world-beating system, the rail industry since 1980 has invested about 17% of revenues in maintenance and expansion of rail networks. This investment amounted to $28 billion in 2014, an amount equal to more than half of total federal government expenditure on transit, highway, and airport construction and improvement programs. The removal of federal controls gave rail companies the incentive to make these investments. As owners of the tracks, in a less regulated market rail companies have every incentive to upgrade and expand their transportation network.

The success of freight rail in this country, though, has attracted the attention of regulators and their special interest group allies. The most recent of these regulatory proposals is a proposed rule that would require freight rail companies to get permission from the federal government before deciding how many employees to have in the cab of a locomotive. This is not about safety, according to the Federal Railroad Administration (FRA), the agency proposing the rule: “[we] cannot provide reliable or conclusive statistical data to suggest whether one-person crew operations are generally safer or less safe than multiple-person crew operations.” But the railroad unions have been lobbying for this rule for some time. Staffing decisions on trains are normally part of the negotiation process between the union and the railroad, but with this rule the unions are trying to enlist the power of the federal government on their side.

The FRA has produced no evidence for why this regulation is necessary. As mentioned above, they have no safety justification. Indeed, the FRA does not even track how many employees railroads have in train cabs. At a public hearing on July 15, witness after witness explained the shortcuts and inconsistencies in the proposed rule and its justification. Indeed, both the National Transportation Safety Board and the Office of Information and Regulatory Affairs [criticized parts of the proposed rules](https://www.aar.org/Documents/Crew Size Comments - Association of American Railroads %28June 15 2016%29.pdf). Imagine that, even other federal regulators think that the FRA is off the rails. In this case, the attitude of FRA is regulate first, come up with a reason later. It is yet another example of an out of control federal regulator looking for a reason to justify its existence.

This sort of regulation may seem small and insignificant for the average American. Why should you worry about an argument over how many people are in a train cab? Because these sorts of regulations increase the cost of any number of products you buy: anything transported by rail or any product made from an input that is transported by rail. Regulations like these are death by 1000 cuts, raising costs and reducing efficiency, for no other reason than a special interest handout.

The public is able to comment on this regulation until August 15. Please go to this link to make your voice heard.