The Federal Reserve is not Above Economic Law 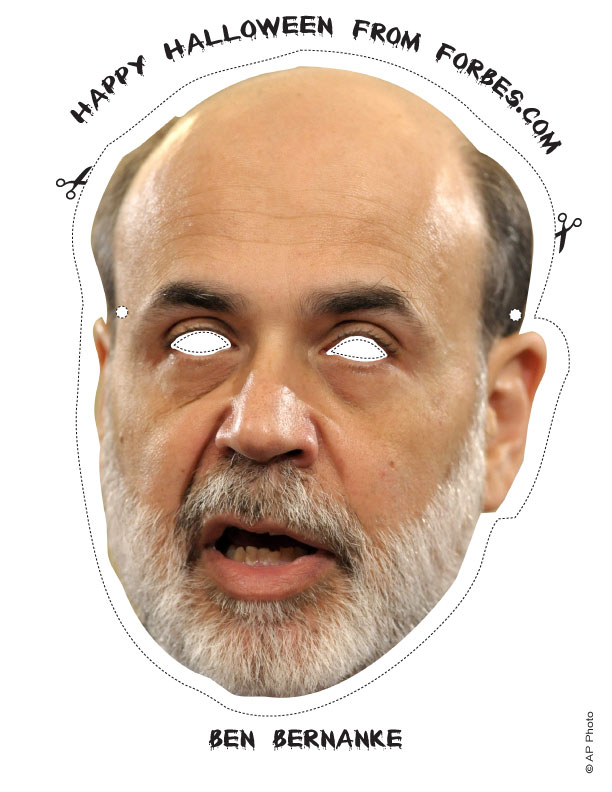 The Federal Reserve releases the Beige Book eight times a year, a summary on the current state of economic conditions. Today, the Federal Reserve released the Beige Book and according to the Fed, there is nothing to worry about, we’re coming out of the “recession”. According to the Fed, manufacturing, especially auto-manufacturing, and steel makers and other producers have all reported solid growth. The housing market has apparently gone back to normal, consumers are spending like normal again, and there’s a high demand for loans and construction projects. The 15 trillion dollar national debt, massive unemployment, inflation, and a depreciating currency; it doesn’t matter; it’s all going to be okay, says the Fed.

Sometimes I wish I was oblivious to today’s economic conditions so I could go on my merry way and not be constantly worried about the current state and future of our republic, and other times I’m so thankful I educate myself in free market economics so I know to detect lies and errors when I see them, like lies from the Beige Book. One of the major problems in economics is that economist do not think about long term implications of short term solutions to today’s problems. In Henry Hazlitt’s great book “Economics in One Lesson”, he states that “Economics is haunted by more fallacies than any other study known to man” and one of the main reasons for this is the “persistent tendency of men to see only the immediate effects of a given policy, or its effects only on a special group, and to neglect to inquire what the long-run effects of that policy will be”. If politicians and economists thought about this concept before supporting certain pieces of legislation, I’d be willing to bet we would be a little better off than where we are today. The Fed neglects to mention the future implication of artificially lowering interest rates, runaway inflation, and lies about the percentage of the unemployed.

What about what the Fed doesn’t say in its report? For those of us who have done our homework, we know the Federal Reserve is responsible for the dollar losing over 98% of its value since its creation in 1913. The dollar purchases less than it did the day before and that is a prime example of how the Federal Reserve steals wealth, especially from those who are trying to save. For those who claim we “need” a central bank and that we don’t have inflation; they simply don’t understand what inflation is. They claim we don’t have inflation because we don’t have sky-rocketing prices (even though that’s debatable). What they don’t understand is that inflation is not the rise in prices; it’s the increase in the money supply. A rise in prices is what follows inflation. The Federal Reserve announced earlier this year that they are going to keep interest rates near 0% through 2013 because “banks need to keep lending”. But this practice is another way to increase the money supply and it is not sustainable.

The Beige Book stated that there is an increase demand for loans, as if that is the market is responsible for this wonderful demand. Unfortunately, most Americans do not understand that “debt = money “for the banks. Of course banks are always going to be willing to lend money to people, that is how they make money. With the Fed artificially lowering interest rates, it makes it even easier for them loan. The average American sees the low interest rate and believes they can afford to take the loan. What they don’t realize is the value of the money they are going to take is going to become increasingly less valuable as time goes on and the banks have an everlasting lender; the Federal Reserve.  However, this policy, like others is unsustainable and must be stopped immediately before the destruction of the currency.

The Beige Book also claimed that the unemployment rate is now at 8.6%. Another lie, free market economists know better. What about those who were originally full-time employees that now have taken part time jobs, or those who have had their hours cut drastically? They are not unemployed, so they are not included in the unemployment percentage. Just as so many unemployed workers have stopped looking for work entirely. The Federal Reserve fudges the figures to be misleading in their reports. The Beige Book also bragged that incomes are higher, but what does that matter when the standard of living is going down because the dollar buys less and less every day? This is a perfect example of a flawed Keynesian ideology.

In reality, the future of our republic is in turmoil. Although the Federal Reserve is not solely responsible for the $15 trillion dollar national debt, it is still an incredibly serious issue that needs to be addressed before we even start thinking about productivity in the market again. The worst is yet to come, the Fed can’t stop its addiction to printing and that is a recipe for disaster. Bailouts, artificially lowering interest rates, and other means of inflation will simply just kick the can down the road. The long term effects of short term solutions will be much more severe than any recession or depression we have experienced so far.