The Filibuster: An Important Tool for Minority Representation, Not a Jim Crow Relic 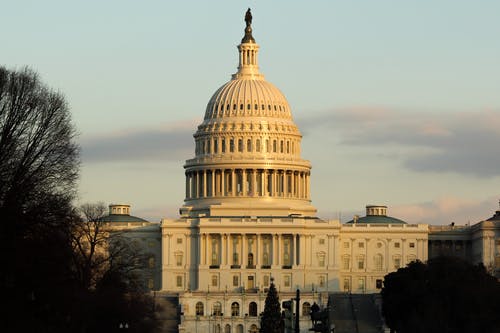 Earlier this month, Senator Elizabeth Warren, D-Mass., joined a growing chorus of leftist politicians and media personalities calling for an end to the filibuster. Shortly after declaring her support for this radical move, Warren uploaded a video to YouTube justifying her position.

Senator Warren wasn’t alone in calling for the filibuster to be scrapped. Numerous left-wing proxies declared their support for Warren’s position, including media personalities like Trevor Noah, who referred to the filibuster as a "relic of America’s tradition of slavery" on his show this week.

Since Joe Biden assumed the presidency, calls from the left to do away with the filibuster have only grown louder. This sudden opposition to the filibuster is rather ironic, given the hundreds of times Democrats utilized it in the past four years to block legislation proposed by President Trump and Republicans.

In 2020 alone, Democrats used the filibuster more than 250 times to block bills from conservative legislators that would have benefitted the American people during the pandemic.

All of this makes Democrats’ declarations that the filibuster is a racist relic of slavery and Jim Crow difficult to believe.

Peddling this bogus narrative, Senator Warren claimed in her video on the topic that the filibuster was invented by Senator John Calhoun in the nineteenth century. She went on to say that this was done with the goal of preserving the institution of slavery.

Interestingly, Senator Warren left out that Calhoun was not only a prominent Democrat in Congress when he used the filibuster to block anti-slavery legislation, but he also served as vice president under Democrat Andrew Jackson.

But given the fact that one of the most ardently pro-slavery Senators in American history was a member of her party, it’s understandable that Warren chose to hide that from her viewers.

However, the greatest problem with the Senator’s video isn’t just her whitewashing the history of her party. It’s that the premise she uses to justify her position is completely inaccurate.

The filibuster isn’t an arcane legislative tradition born in the Senate before the Civil War. Contrary to what Warren would have her listeners believe, it’s existed for thousands of years.

Filibustering existed in the Roman Republic and was included in their original Senate rules. The filibuster was used in Rome the same way it’s used today, as a tool to ensure that powerful parties and legislators wouldn’t abuse their power by silencing minority opinions.

The filibuster is also built into the rules for the legislative bodies of Hong Kong, South Africa, South Korea and Canada, as well as the British House of Commons.

Democrats referring to the filibuster as an arcane product of the Senate ignores that members of the House of Representatives and the Senate have used it throughout American history.

Both chambers of Congress featured the filibuster as the primary way to prevent the majority party from suppressing legislative debate until 1842, when the House moved to a quorum call system.

Senator Warren and Trevor Noah would have us focus only on the instances when the filibuster was used to obstruct legislation that we all agree would’ve produced a good outcome, like anti-slavery laws.

But cases like this, when the filibuster was utilized to block proposals that the general public overwhelmingly supported in hindsight, are actually quite rare.

This is why Democrats are forced to cite outdated examples like John Calhoun or former Democratic Senate Majority Leader Robert Byrd using the filibuster to delay the Civil Rights Act of 1965.

Far more often, the filibuster ensures that the minority opinion has the opportunity to be heard, no matter how powerful the corporate lobby or party politics are. We should be thankful that the top legislators in Congress, from either party, aren’t able to drown out those who disagree.

Sadly, the Democrats want to change that.

The filibuster allows the ideological minority to ensure that the voice of the people they represent is heard and prevents a simple majority from passing new rules to keep control. It’s proven time and again to be an important mechanism to stop powerbrokers in Washington from running roughshod over our rights. And it ensures that each Senator, no matter how small their state or how unpopular their cause, can’t be bullied into submission by their colleagues.

The filibuster is about minority empowerment, and it always has been. Perhaps Senator Warren should be honest with the American people and admit that her colleagues want to do away with the filibuster for one reason and one reason only: to hold onto power.