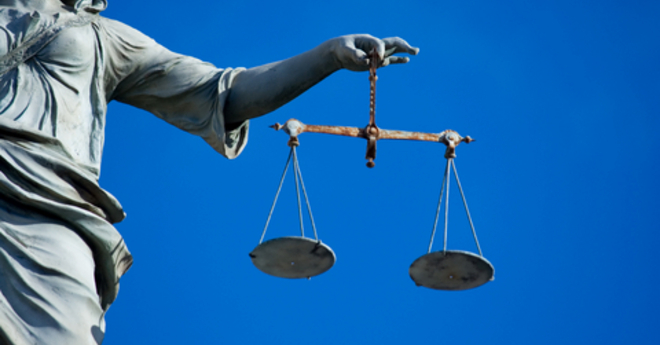 The tsunami of state-level civil asset forfeiture reforms continues to build as the Florida and Maryland legislatures are considering bills that would take small steps toward protecting innocent people's property from government overreach. The state legislatures that have passed or are considering civil asset forfeiture reforms include Georgia, New Mexico, Texas, and Virginia.

Not all reform bills are equal, however. The legislation, HB 233, passed in Georgia doesn't go far enough to protect innocent people from overzealous law enforcement's use of civi asset forfeiture while the bill, HB 560, passed in New Mexico, and currently awaiting action from Gov. Susana Martinez, would end the practice entirely and take away the profit motive by directing proceeds from seized property into the state's general fund. Proposed legislation in Texas and Virginia are similar to what has passed in the Land of Enchantment.

The proposed legislation in Florida and Maryland offer steps in the right direction, but these bills aren't as comprehensive as reforms that have been proposed elsewhere. In the Sunshine State, civil asset forfeiture has been used by state and local law enforcement agencies to seize property suspected of use in a crime. Florida offers more protections than most, requiring that the government prove that seized property is connected to an illicit activity, but much more can be done to protect innocent people.

Sen. Jeff Brandes (R-St. Petersburg) has introduced SB 1534, which would place restrictions on how proceeds from seized property can be spent. Currently, Florida law enforcement agencies can keep up to 85 percent of the proceeds from forfeitures. Brandes' proposed legislation, however, would require the seizing agency to direct 50 percent of the proceeds to "a special law enforcement trust fund" established by the local government that has jurisdiction. The funds would be designated for specific purposes, such as paying for school resource officers, crime prevention, or drug abuse prevention programs. The bill also prohibits the seizing agency from retaining forfeited property for internal use.

SB 1534, which cleared a Florida Senate subcommittee on Wednesday, may take aim at the perverse profit motive seizures through civil asset forfeiture, but it falls short by not outright banning the pernicious practice.

Maryland already takes away the profit motive by directing proceeds from forfeited property to the state's general fund or local government budgets, but because state ignores the presumption of innocence for property, an individual must prove that seized items aren't connected to a crime to get them back. Del. Joseph Vallario (D-Upper Marlboro) has introduced HB 360 that would put the onus on the state to prove by a preponderance of the evidence that the property is connected to a crime.

This bill has already passed the House of Delegates and is awaiting action in the Senate. Republicans have led the charge for reform, often in bipartisan fashion, in other states, but GOP lawmakers in Maryland are still stuck in the "tough on crime" mindset that has led to abuses of civil asset forfeiture. They oppose HB 360 and may lobby Gov. Larry Hogan, a Republican, to veto the bill should it pass the Senate.

Again, these bills are steps in the right direction. But states should strive to go further to protect innocent people from civil asset forfeiture. Banning the practice entirely, requiring a criminal conviction before property is seized, would be ideal, as well as removing the profit motive. Though Florida and Maryland are falling short of comprehensive reform, the conversation and, perhaps, movement toward broader action has begun.