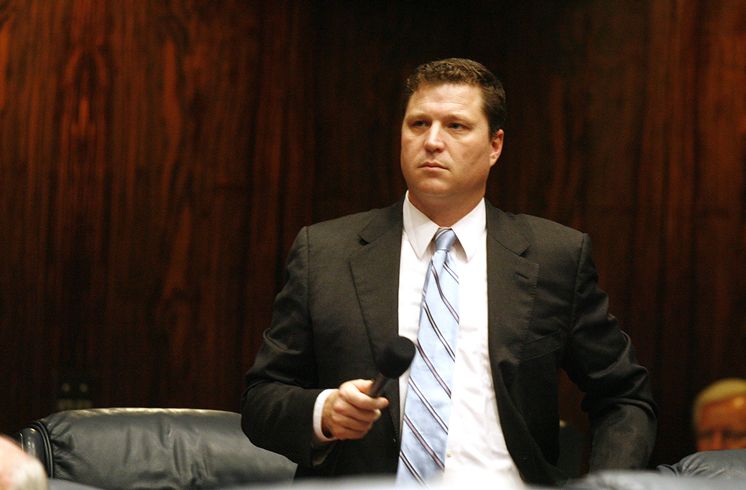 Forfeiture reform legislation introduced by Florida state Sen. Jeff Brandes is on the move in the final days of the 2016 session

The Florida Senate, on Friday, unanimously passed legislation that would overhaul the state's civil asset forfeiture laws. Among the most notable parts of the legislation, SB 1044, are requirements that an arrest for a criminal offense is made when property is seized and increases the evidentiary standard the government must meet to "beyond a reasonable doubt" before seized property can be subjected to forfeiture. The bill also contains several reforms to forfeiture procedures and requires training for law enforcement on Florida forfeiture law.

According to the Institute for Justice's report, Policing for Profit, Florida's current forfeiture laws require the prosecutors to present clear and convincing evidence, the highest standard in civil court, that seized property is connected to a crime and the burden of proof falls on the government. Still, law enforcement does not have to arrest nor formally charge someone to begin forfeiture proceedings against their property. Despite a higher evidentiary standard than most states, Florida was given a D+ for its forfeiture laws. What hurts the Sunshine State's overall grade is the lack of a criminal conviction as a prerequisite to forfeiture and that law enforcement can keep up to 85 percent of the proceeds from forfeitures, which creates a perverse profit motive.

State Sen. Jeff Brandes (R-St. Petersburg) introduced SB 1044 in January. The core principle behind his bill is that the right to private property is the "foundation of liberty." He argued that forfeiture "has been eroding that foundation for decades.” Support for the bill comes from odd bedfellows, including the National Federation of Independent Business and the Florida chapter of the American Civil Liberties Union.

The Florida Sheriffs Association and the Florida Police Chiefs Association are also on board with the effort. In February, Flagler County Sheriff Jim Manfre touted the bill's provisions and urged lawmakers to move it through the legislature. "I am proud to stand with my fellow sheriffs, the Florida Police Chiefs Association, the DPA, the ACLU, the Institute for Justice, Florida Association of Criminal Defense Lawyers and numerous other members of the diverse coalition of advocates who support these important reforms," Manfre wrote. "I hope the Legislature will pass these bills and that Gov. Scott will sign into law this set of reforms that effectively strike the balance between the needs of law enforcement to serve our communities and the sanctity of the property rights of law-abiding Floridians."

As noted, SB 1044 requires that an arrest is made before property can be seized by a law enforcement officer and establishes the same evidentiary standard need to secure a criminal conviction — "beyond a reasonable doubt" — as a prerequisite to forfeiture. Florida would join a handful of other states — including Montana, New Mexico, and North Carolina — that require a criminal conviction before seized property can be subjected to forfeiture. SB 1044 promotes transparency by creating reporting requirements that track how forfeiture is used in Florida. It also requires the seizing agency to pay a filing fee of at least $1,000 to begin forfeiture proceedings and post a $1,500 bond that would be payable to the property owner if law enforcement fails to meet the evidentiary standard necessary to take permanent possession of the property.

SB 1044 unanimously passed the Republican-controlled Florida Senate. The bill is now in the Florida House of Representatives, which is also controlled by Republicans. While action to protect Floridians private property rights is welcome, time is an issue. The Florida Legislature is expected to adjourn for the year on Friday, March 11. It will certainly be a busy week as lawmakers try to get everything through in the final days of the session. But the protection of private property rights should be a top priority.