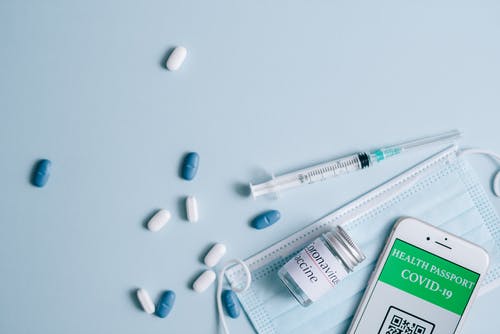 On May 3, Gov. Ron DeSantis signed a bill prohibiting both government agencies and private businesses from asking Floridians for proof that they received a COVID-19 vaccine. Mr. DeSantis said that taking the step was “the evidenced-based thing to do,” and his willingness to ban vaccine passports predictably drew ire from the left and the media. But despite the panic from the media and the left, Mr. DeSantis is correct.

Mr. DeSantis has taught all of us a valuable lesson. Conservatives shouldn’t seek approval from the same people who pushed draconian lockdowns, school closures and other unscientific restrictions when creating policy that preserves individual liberty. Rather than trying desperately to avoid condemnation from leftists and their allies, those who wish to protect freedom must not bend to the whims of the left.

Democratic politicians and pundits have denounced those who support Mr. DeSantis as hypocrites. They claim that banning vaccine passports is an infringement upon the liberty of business owners. But aside from the fact that many of these same people support forcing Christian bakers to make cakes that violate their religious beliefs, this increasingly common argument used by the left is nothing more than a scare tactic to bully conservatives into submission.

The implementation of vaccine passports constitutes an unprecedented violation of medical privacy, for no good reason. We’ve heard for months about how vaccines against COVID-19 are extremely effective, and so those who have received it shouldn’t be worried about an unvaccinated person interacting with them. As cases of the virus continue to decline and vaccine demand is met everywhere, it’s becoming increasingly difficult for those in favor of vaccine passports to justify them.

At this stage in the pandemic, should our politicians really be advocating for the creation of a parallel economy, with certain privileges reserved for only those who have received the vaccine? Should governments and major corporations be barring people who haven’t received the shot, even the millions of Americans with natural immunity to COVID-19, from mingling with vaccinated people? Treating those who decide not to take the vaccine as second-class citizens is both immoral, and totally unsupportable given the science.

Vaccine passports are also antithetical to our nation’s founding ideals. America was built on the principles of individual liberty and personal responsibility. If people decide to voluntarily engage or not engage in an activity, whether that’s getting a vaccine or entering a business, that’s their choice. And since Americans who choose to get the shot are protected from COVID-19, objections from those who claim it’s somehow “unsafe” not to have vaccine passports fall flat.

Put simply, governments at all levels shouldn’t have the power to mandate vaccine passports, and any effort to ban them should win the support of conservatives everywhere. Limiting the size of government should be our leading objective in the fight against leftism, but so should preserving the rights of Americans to participate in the economy regardless of their private medical choices. Any attempt to force people to take a vaccine, and show proof that they received it, is a curtailment of freedom with no valid justification.

Mr. DeSantis has once again proven himself to be a role model for conservatives around the nation. Vaccine passports are a rejection of American principles, with no science to support their use as we move past COVID-19. Mr. DeSantis has been unapologetic in his defense of freedom during the pandemic, and he’s right to protect unvaccinated Floridians from being discriminated against.

Conservatives everywhere shouldn’t be afraid to push back against leftist politicians and pundits eager to prolong the pandemic through their advocacy for vaccine passports. And following Mr. DeSantis’ example, Republicans around the country must take action to stop this affront to individual liberty.

On behalf of our activist community, I urge you to contact your representative and ask him or her to support the Higher Education Reform and Opportunity (HERO ) Act, H.R. 4274. Introduced by Rep. Ron DeSantis (R-Fla.), the HERO Act would allow state lawmakers to tailor education programs to the unique needs of students by developing their own system for accrediting educational institutions instead of being restricted by the one-size-fits-all approach of the federal Department of Education.

On behalf of our activist community, we urge you to contact your representative and ask him or her to support the Taxpayer-Funded Pension Disclosure Act, H.R. 3200, introduced by Rep. Ron DeSantis (R-Fla.). Currently, federal pension data is completely hidden from American taxpayers. Releasing data on federal pensions will require an act of Congress, and this bill is leading the way.

On behalf of FreedomWorks’ activist community, I urge you to contact your representative and senators and urge him or her to support an amendment to the United States Constitution to limit the number of terms Members of the House and Senate can serve. This is a bicameral effort led by Sen. Ted Cruz (R-Texas), sponsor of S.J. Res. 2, and Rep. Ron DeSantis (R-Fla.), sponsor of H.J. Res. 6.