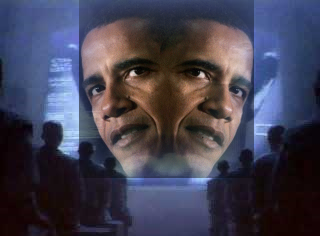 Environmentalists have demonized hydraulic fracturing (‘fracking’) from New York to California; one would think that the process which extracts natural gas from underground shale formations morphs water sources into toxic dumps. Yet that sentiment could not be further from the truth. Despite her anti-fracking opinions, even Rebecca Wodder - President Obama’s new Assistant Secretary of the Department of the Interior nominee  - has admitted the fracking truth in the midst of her double speak.

Obama’s new nominee for the Assistant Secretary for Fish, Wildlife, and Parks for the Department of the Interior has officially admitted that the fracking process does not cause pollution, despite her former words to the contrary. Senator James Ihhofe (R-OK), the Ranking Member of the Senate Committee on the Environment and Public Works, wrote to Ms. Wodder to question her about fracking and pollution. He asked;

“Like Administrator Jackson, I am not aware of any proven case where the fracking process itself has affected water, although there are investigations ongoing.  My understanding is that the EPA is undertaking a comprehensive study of the possible impacts of hydraulic fracturing on water sources.”

Yet the nominee has now contradicted herself in a hearing before the Senate Energy and Natural Resources Committee. When given an opportunity to retract  her statement that fracking “has a nasty track record of creating a toxic chemical soup that pollutes groundwater and streams... ”, she refused. This glaring contradiction reveals Ms. Woddard’s loyalty to radical environmentalists rather than the interests of the American people she would be serving, if nominated.

Ms. Woddard’s nomination must be challenged because she has proved that she puts her personal agenda ahead of using this country’s natural resources to secure reliable, efficient, and safe energy. As both she and EPA Administrator Jackson admitted, there is a glaring lack of evidence linking the fracking process to water pollution. In fact, fracking is a boon for America. There has been a substantial increase  in jobs and boost to the economy in Pennsylvania, where fracking of the Marcellus Shale formation has been ongoing for years. Natural gas is a reasonable alternative to increasingly expensive oil. It also has the potential to power the Untied State for almost a century, without any help from other energy sources, traditional, alternative, or otherwise.

Despite the benefits responsible fracking could bring to the country, Ms. Woddard continues to oppose it. If her nomination is approved, it and the mess of regulations that comprise the EPA’s train wreck  would highlight the Obama administration’s hostility towards securing reasonable, steady, and responsible energy for American consumers.