Fracking: Drilling Past The Myths 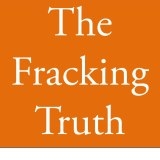 It’s probably safe to say that most Americans are unaware of what the term “fracking” means.  If you’ve heard of it, the details can be hard to pin down due to the controversy surrounding the method of gas extraction.  With mainstream movies like Gasland and The Promised Land on their side, those opposing fracking have easily buried the truth below layers of myths.  Fortunately, as we no longer live in a time when Hollywood and the left are the only media outlets, understanding what fracking truly entails is not completely lost.

Fracking, as it is commonly called, refers to a process of drilling and hydraulic fracturing to retrieve oil and natural gas trapped underground.  Water pressure pushes a mixture of water, sand and chemicals into shale rock, which causes fractures and allows the oil and natural gas to escape out of the well. 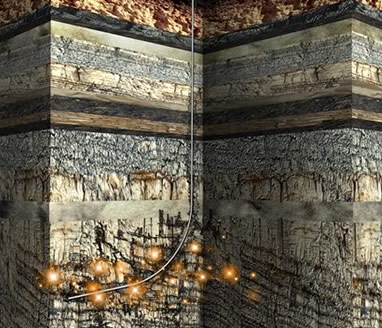 States that have embraced fracking have seen economic booms that have created thousands of jobs and the ability to flourish in an economy otherwise lacking.  For instance, in Pennsylvania the Marcellus Shale has created 140,000 jobs and has added $1.1 billion in state and local tax revenues; in addition to the production of billions of dollars worth of natural gas energy, which brings down the cost of natural gas for all Americans. With an estimated 24 billion barrels of oil and 480 trillion cubic feet of natural gas potentially underground, fracking is being hailed as the answer to the country’s energy security.  Of course no advancement this groundbreaking, pun completely intended, goes without skepticism from some and fracking is no exception.  Opponents have spent millions spreading unfounded rumors as to why fracking is, in their opinion, the potential downfall of the world.  Let’s take a look at the most common myths and the evidence that refutes them.

Fracking will cause your tap water to catch fire.

The movie, Gasland, set this rumor ablaze.  One particular scene shows a man lighting the water pouring from his kitchen faucet.  The fact is tap water could be lit on fire long before fracking came about due to naturally occurring methane pockets in the ground.  If your water comes from a well and the drilling was done poorly, you stand a chance of having flammable water.  Investigators later checked the man’s house and found the methane in his water was due to the way his well was drilled, fracking played no role. Additionally, when the filmmaker was confronted by the director of the pro-fracking film FrackNation about why he failed to mention the fact that tap water could be lit on fire regardless of fracking, he claimed the information “wasn’t relevant.”

Your tap water will be contaminated.

To protect the groundwater, each well is fortified with layers of concrete and steel casing which is cemented in place.  They are also constantly monitored as an additional safety precaution.  The wells are thousands of feet below the water table, with solid rock between the two.  As John Stossel points out in the Washington Examiner, the chemicals used in fracking would have to flow up against gravity through solid rock to breach the water.  Even EPA administrator Lisa Jackson, who is notoriously against fossil fuels, had to admit to Congress that there have been no “proven cases where the fracking process itself has affected water.”

Toxins and carcinogens are used in the fracking fluid and much of it is left in the ground.

The fluid used in the fracking process is 99.5% water and sand.  While there are hundreds of chemicals (of which many are biodegradable) that can be used in the process, the most common chemicals used are also found in your house.  For instance, sodium chloride may be used and is also used in table salt.  Guar gum is another chemical used in fracking and can also be found in ice cream.  If you attempt to search online for a list of the chemicals that can be used in fracking, you will see pages of results claiming the industry is trying to hide what chemicals they use for various nefarious reasons.  In reality, a national fracking chemical registry has been set-up online, FracFocus, that allows citizens to easily see the chemicals used in the process and why each one is utilized.  The website also offers the option of searching for wells near you to see a list of the chemicals used at that site.

Fracking can cause earthquakes.

There is no scientific evidence to back up the claim that fracking causes earthquakes.  As pointed out by William Leith, seismologist with the U.S. Geological Survey, “Fracking itself probably does not put enough energy into the ground to trigger an earthquake.  They’re not a safety hazard.  That’s really not something that we should be concerned about.”  In more than 60 years and over one million wells drilled, not a single earthquake has been attributed to fracking.

Due to emissions from fracking, air quality and the environment suffer.

Not only is the EPA working with the industry to reduce the already acceptable emissions levels, they have investigated claims against fracking in various states and have yet to find the process dangerous for the environment.  One study in Fort Worth found that, “the measured and estimated air pollution levels did not reach levels that have been observed to cause adverse health effects.”

In fact, carbon dioxide emissions are at their lowest level since 1992 even as consumption of natural gas has increased; no country has reduced their emissions faster than the US in the last six years.

Too much water is used in the fracking process.

For starters, only .1% of water consumption in the U.S. is used by the natural gas industry.  Coal and nuclear energy actually need more water than natural gas to be produced.  Of the water used for fracking, up to 30% of it is recycled and is used in new wells.  Not only is it environmentally sound to recycle the water, it saves the companies money.  Currently the industry is researching alternative solutions that forgo water usage completely, such as propane gel and compressed air.

Hydraulic fracturing has been used for more than 60 years and has only improved with new technologies.  More than 7 billion barrels of oil and 600 trillion cubic feet of natural gas have been safely produced thus far.  Over 90% of today’s wells use fracturing.  It may be difficult for some to admit, but fracking is good for our country and it’s time to get on board.

My name is Mary Allison Page and I live in Gibsonville, North Carolina. This year, I will be a rising sophomore at Western Alamance High School. On Wednesday morning, I addressed the North Carolina Mining and Energy Commission to express my support for hydraulic fracturing in North Carolina. I attended the hearing with FreedomWorks activists from all across North Carolina.

Democracy and Power 107: Counting Votes Successful politicians are insecure and intimidated men. They advance politically only as they placate, appease, bribe, seduce, bamboozle or otherwise manage to manipulate the demanding and threatening elements in their constituencies. —Walter Lippmann (1889-1974), American Journalist and Author

As a professional in the oil and gas industry, Susan Fakharzadeh was looking for fun a way to engage more women in issues related to energy, especially fracking. Her goal was “to take out some of the volatility associated with the word...I wanted to take back the word ‘frack’ so that it wasn’t always associated with something negative.” Thus, Chicks Dig Fracking was born.