The Framers of the Constitution Warned Against a Partisan Impeachment Process 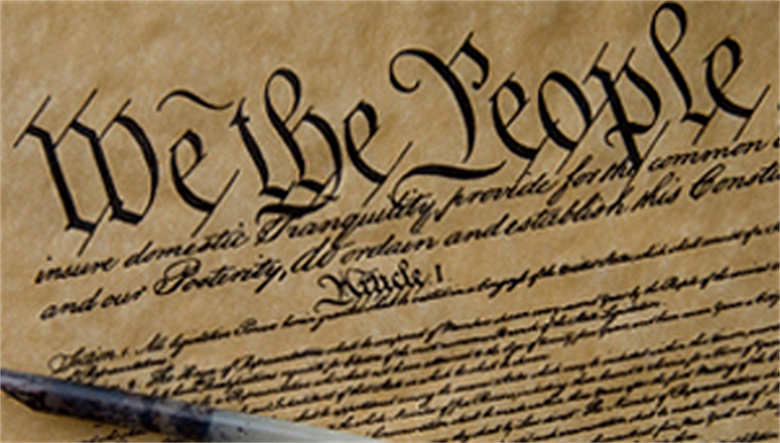 Alan Dershowitz of Harvard Law School, writes in The Hill, “A partisan impeachment vote is exactly what the Framers feared.” Dershowitz emphasizes the exceptional and unique power of impeachment. “Impeachment is an extraordinary tool to be used only when the constitutional criteria are met. These criteria are limited and include only ‘treason, bribery, or other high crimes and misdemeanors.’”

Knowing the intent of the Framers of the Constitution, Dershowitz paraphrases a major concern of Alexander Hamilton that partisan politics will be used to remove an elected president. “Hamilton warned of the ‘greatest danger’ that the decision to move forward with impeachment will ‘be regulated more by the comparative strength of parties than the real demonstrations of innocence or guilt.’ He worried that the tools of impeachment would be wielded by the ‘most cunning or most numerous factions’ and lack the ‘requisite neutrality toward those whose conduct would be the subject of scrutiny.’”

“[M]ost cunning” has been House Permanent Select Committee on Intelligence Chairman Adam Schiff (D-Calif.), who has conducted a secret investigation and appears to have selectively leaked damaging reports of allegations of misconduct by President Trump. For sure, the most numerous factions are the House Democrats that have finally voted for the ground rules on an impeachment inquiry – with every Democrat but two voting to continue. Dangerously, Schiff, Speaker Nancy Pelosi (D-Calif.), and the Democrats have and are intentionally creating a constitutional crisis, foreseen by the brilliant Alexander Hamilton.

Responding to the hyper-partisan crusade by Pelosi and Schiff, Rep. Liz Cheney (R-Wyo.) has requested the Democrats comply with the Constitution and due process. “Your duty to the Constitution and the American people, as well as fundamental fairness, requires that you immediately release the full transcripts of all depositions taken since you pronounced the beginning of an impeachment inquiry on September 24, 2019.” So far, a few selected transcripts that are suggestive of maladministration by President Trump have been released.

According to Professor Dershowitz, maladministration was explicitly rejected as a ground for impeachment and removal. “James Madison, the father of our Constitution, argued that such open criteria would give Congress far too much power to remove a duly elected president. It would, he feared, turn our republic into a democracy in which the chief executive served at the pleasure of the parliament and could be removed by a simple vote of no confidence.”

This is exactly what many Democrats seek. Remove President Trump “by a simple vote of no confidence.” However, much more dangerous is that many of the Democrats, especially the progressives and the so-called "Justice Democrats," have long disliked our Constitution and republican form of government. Like the attack to abolish the Electoral College, the impeachment attack on Trump is an attempt to destroy our Constitution – step by step.

Clearly, from what “We the People” are allowed to know of the allegations and leaked comments concerning a phone call to Ukraine President Volodymyr Zelensky by President Trump where he asked to check out Biden’s son, impeachment does not meet the standards set down in our Constitution.