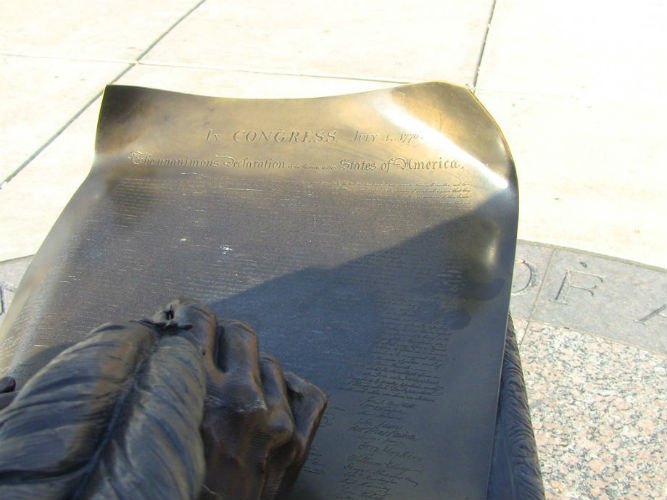 Micheal's videos are infused with a heartfelt pride in America and the people who make our nation great. Through his videos at Simply America, Michael attempts to tell the story of the American people in their own words. For too long, those of us outside the Hollywood and Beltway elite have been looked down upon and demeaned. It is Michael's hope that he can give the American people their voice; unscripted, without judgment, and from the heart.

When I asked Michael to tell me what prompted him to join our fight at Liberatchik to #TakeBackOurCulture, he told me several stories that you can read in full on his Featured Artist Page. They are stories about living in L.A. amongst the very people from whom the culture is most in need of liberation. They are stories such as these:

March 30, 1981 has always been one of the points from which Michael has measured his life. It was the day of the assassination attempt against Reagan. That night, he planned to attend a party for the Academy Awards, but his wife thought it inappropriate. Our President was fighting for his life. She would not go.

Michael went and heard people say terrible things about Reagan … and said nothing. He has always been ashamed of himself for remaining silent and respected his ex-wife's decision to stay home. He respects her most for her determination to stand by her convictions. It would take more than a decade for Michael to break free; to stop playing the game. His friends were in theater and on film or TV. He was in commercials; desperate to move up.

When he finally broke free of his silence, Michael started speaking out at SAG meetings. He spoke about the way members were played against each other, separated, and divided in an effort to maintain their own interests at the expense of the industry.

During the 2000 election, Michael began severing long-standing relationships because of the degeneration of the political and cultural climate. His friends were not just shocked by his difference of opinion, but disgusted by it. Knowing they weren't really friends on those terms didn't matter. It hurt every time it happened.

At the same time, there was an emergence of grassroots politics, led by the American people. Michael would like to tell us, through his films, what he learned from the people he has met and interviewed across America. Michael began speaking to people, making a record and editing his films.

Late 2008, in the midst of an election Michael hoped would be a stand for American free-market republicanism rather than European socialism, the rot of cronyism exploded. Bush and Congress would go on to pass TARP, opening the door to Obama's election and escalation of tax-payer funded social engineering. Michael was out there, making a record and editing his films.

In 2009, the Tea Party Movement would rise up to protest the Bush/Obama spending and bailouts. They would be vilified and misrepresented. Michael was out there, making a record and editing his films.

On August 31, 2012, the sun would rise in millions of American homes. At some of them, on their front lawns and porches, were empty chairs. It was a proud cry … ignored and misunderstood by the elite and intelligentsia. The American people's anger and voices were expected to wane. They did not. Michael was out there, making a record and editing his films.

Through it all, this is what Michael realized:

The marvel of the internet was enabling people to connect. They were not only finding each other, they were realizing that they were not alone in this fight. They were connecting with people who, like them, were decent and concerned; not the monsters that they had been made to seem by the elites and intelligentsia.

They began to exchange ideas, music, art, graffiti, and humor. We all needed to be angry, but then, we needed to be proud and to help one another. Michael was out there, interviewing people who inspired him and making his films.

With Simply America, Michael hopes to be the chronicler of our journey.

One of the best projects I have seen, let us as American's take our country back!

In addition to sharing Michael's work, please stop by Liberatchik to see work by many other freedom loving artists in a wide variety of media. Were are adding more artists and their work shortly. http://liberatchik.com
We are also on Facebook, where you can share us with your networks and invite any artists, writers, entertainers, etc you may know to join our efforts: https://www.facebook.com/Liberatchik?ref=bookmarks
Thank you for taking the time to leave a comment!