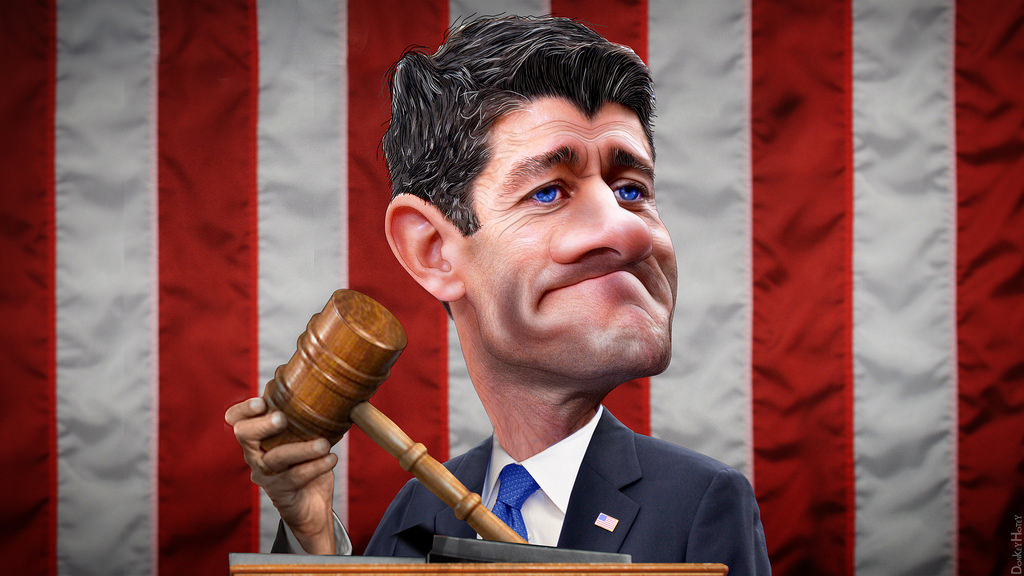 FreedomWorks is proud to announce that our bill of the month for February 2018 is the Review Every Act Diligently In Total (READ IT) Resolution, H.Res. 801, sponsored by Rep. Tom Garrett (R-Va.). The resolution would amend the House rules to provide members of Congress with a minimum of number of minutes to read introduced legislation before being required to vote on it, equal to twice that of the number of pages of an bill, joint resolution, resolution, or conference report.

Introduced on the same day that leadership forced members of the House to vote on a 2,232 page omnibus spending bill only 18 hours after its text was released and the Senate to vote only about 12 hours after the House, Rep. Garrett’s resolution provides a means to guard against something so procedurally atrocious from happening again. For the omnibus, this would have meant giving about 74 hours between the introduction and a vote. This is not a radical proposal.

Rep. Garrett was one of the 25 Republicans who voted against -- and nearly brought down -- the rule governing floor consideration of the omnibus, which included waiving the three-day rule that requires legislation to be posted for at least three calendar days before being considered on the House floor. For a bill that is 2,232 pages long, which few members outside of leadership had seen prior to its release, the time allowed for members to read legislation before being asked to vote on it should be significantly longer than three days, much less be only 18 hours.

As Rep. Garrett noted in a press release announcing his introduction of the READ IT Resolution, “Today, many if not most members of Congress voted on a massive 2,232-page Omnibus spending bill with only 18 hours to review it. At about two minutes per page; without food or sleep, it would take over 74 hours to review. This must stop. There should never again be a, ‘pass it to find out what’s in it moment.’”

His last sentence is a direct reference to a comment made by then-Speaker of the House Nancy Pelosi (D-Calif.) in 2010 about the Affordable Care Act, a.k.a. ObamaCare, when she said, “We have to pass the bill so that you can find out what is in it.” As evidenced by the extreme failure of ObamaCare, this is no way to govern. Responsible members of both chambers recognized that this same scenario was playing out with last week’s omnibus, and cited a lack of knowledge of what was in the bill and the process behind it as primary reasons for voting “nay.”

Rep. Rod Blum (R-Iowa) said in his statement on the spending bill, “The text was not released until last night, effectively giving Members of Congress seven hours to read the 2,232 page bill -- the equivalent length of two Bibles. It is problematic voting on any legislation that I cannot study first in its entirety.”

Sen. Mike Lee (R-Utah) tweeted prior to the vote, “A small group of congressional leaders have negotiated a 2,232 page, $1.3 trillion bill to fund the government completely behind closed doors, giving Congress less than 48 hours to review it. I will absolutely be voting no.”

Rep. Ron DeSantis (R-Fla.) rightfully took the criticism a step further in his tweets, explaining, “The 2,232 page omnibus spending bill passed the House after being publicly available for less than 17 hours. This bill was drafted by a handful of members & staffers behind closed doors without the input of rank & file members. Nobody had time to read it, much less understand it. Stuffing more than $1.3 trillion in spending and a number of unrelated policy issues into a single, mammoth bill and ramming it through without any time for scrutiny shows that Congress has hit rock bottom.”

Speaker of the House Paul Ryan (R-Wisc.) actually expressed a similar sentiment himself in 2015 before taking the gavel as speaker, saying that “when we rush to pass bills a lot of us do not understand -- we are not doing our job.” According to his words here, Congress certainly did not do their job while passing this omnibus.

Speaker Ryan and the rest of leadership should take a long, hard look at the disservice they did to their caucus by forcing members to vote on legislation they cannot possibly have read. Even more so, leadership should consider the disservice they did to Americans by saddling them with paying for $1.3 trillion in discretionary spending in fiscal year 2018 alone on provisions that have not been properly considered and debated by the representatives they elected to vote in their best interests. This omnibus package is certainly not in the best interests of taxpayers, which closer examination and better process would have plainly exposed.

As Rep. Garrett says about his READ IT Resolution, it is “nothing short of an effort to give members of the House the chance to be a truly deliberative and representative democratic institution...creat[ing] a more transparent government and giv[ing] our House colleagues on both sides of the aisle ample opportunity to advance legislation with full knowledge of its implications.”

Having nearly lost the rule vote governing consideration of the omnibus due almost entirely to the process surrounding it -- both a lack of transparency and and ability to even know what is actually in the bill prior to the vote -- should sound an alarm for leadership. The rule change proposed in the READ IT Resolution to allow a minimum of two minutes per page between introduction and a vote is a simple change, but a very necessary one.