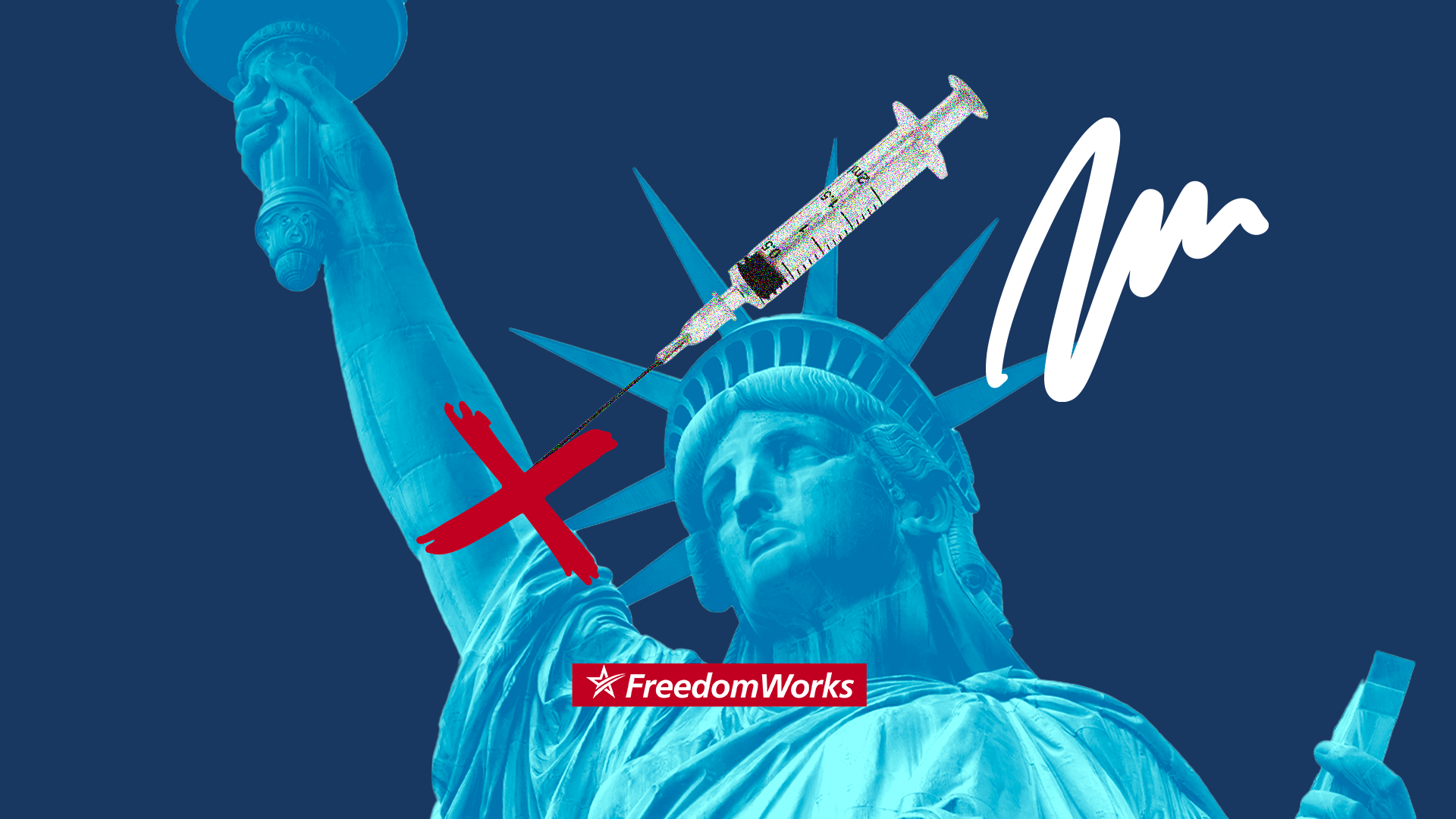 Increasingly, the executive branch and its federal bureaucracy is the dominant branch of government, actively usurping Congress’ authority to legislate. Congress is not without blame, however, as our legislators routinely abdicate their responsibility to unelected bureaucrats, delegating their constitutional duty.

The heightened importance of the executive branch and diminished role of Congress allows the president to enact sweeping policy changes without the deliberation that accompanies the legislative process.

President Joe Biden is no stranger to the imperial presidency. Since taking office, he routinely bypasses Congress with his pen and phone. The President’s unilateral move to mandate the COVID-19 vaccine for over 100 million American workers is but one example of his determination to push his authority to its absolute limits.

President Biden’s vaccine mandate is a gross abuse of power. The choice of whether or not one takes the vaccine should ultimately be left up to the individual. His decision to unilaterally strip millions of Americans of the freedom to make their own medical decisions is simply appalling.

Rep. Andy Biggs’ bill fighting against President Biden’s vaccine mandates is a much-needed statement by Congress to reassert its constitutional role as lawmaker. The decision whether or not to take the vaccine lies solely with the individual, not the government.

Currently, the Freedom From Mandates Act has 29 cosponsors in the House. Hopefully, more of our elected representatives will join this bill and take a stand in favor of personal freedom and constitutional government.