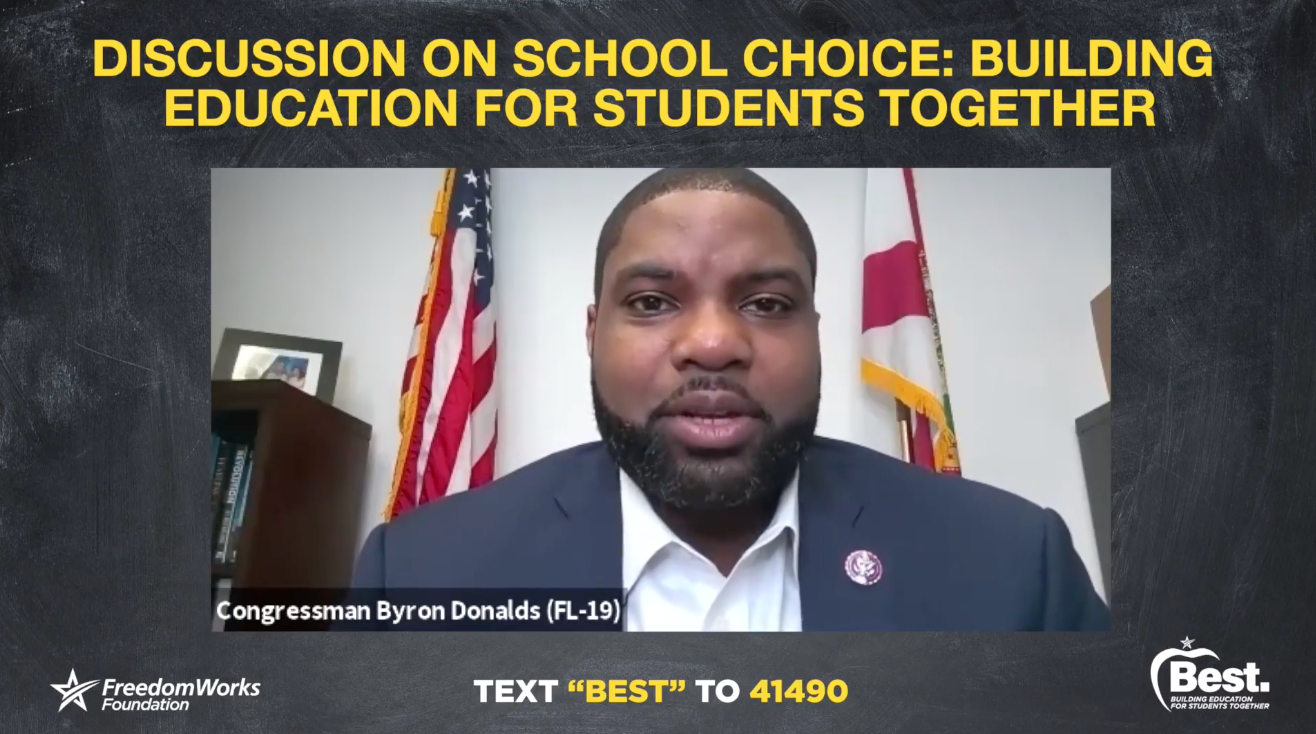 The freshman class of Republicans in Washington have brought to the table new ideas and a rejuvenated sense of purpose in advocating for traditionally conservative causes: educational freedom, fiscal responsibility, and responsible governance.

Serving on the House Committee on Oversight and Reform, House Budget Committee, and House Small Business Committee, Rep. Donalds is uniquely positioned to take action on all of these issues, and take action he has.

Further, his work in the Florida House of Representatives leading on criminal justice reform lends itself to continuing the goodwill bipartisanship on a critical limited government issue, in the face of fierce partisanship that permeates so many areas of policy in this current political climate.

In his first few months in Congress, Rep. Donalds already has:

In just the past few weeks, Rep. Donalds has:

For far too long, Republicans have been given a free pass to ignore their purported principles when politically expedient. Members like Rep. Donalds prove that this does not have to be and should not be the case.

Especially coming from a state like Florida, which has been a leader in the COVID-19 pandemic of protecting -- not violating -- the rights guaranteed under our Constitution, Rep. Donalds’ direct advocacy for liberty is all the more meaningful.

We thank him for his dedication to freedom and are proud to honor Rep. Byron Donalds (R-Fla.) as our member of the month for April 2021 as we look forward to the work he will continue to do for his constituents, and for all Americans, in the House of Representatives