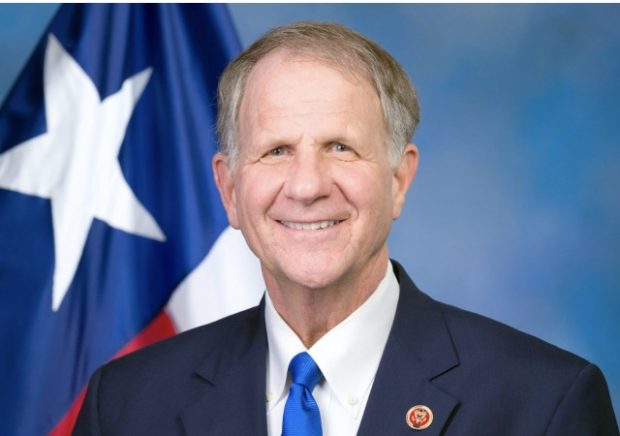 Rep. Poe is occasionally referred to as “the Judge” because of his tenure serving as a felony court judge in Harris County in Texas. Rep. Poe also served as a member of the United States Air Force Reserves for six years from 1970-1976 at Houston’s Ellington Air Force Base.

Since joining Congress, Rep. Poe has been an avid fighter for civil liberties in the lower chamber. He has sponsored numerous amendments over the past few years that would limit warrantless searches of American citizens, close backdoor loopholes to due process requirements, and remove criminal penalties for offenses so innocuous as not filling out a government survey. His years of fighting for justice on the bench prepared him to continue to hold our government accountable to the same laws to which he held those who came before his court.

Rep. Poe’s amendment to the 2017 Department of Defense Appropriations Act sought to cut down on the abuses of the Foreign Intelligence Surveillance Act (FISA), to make sure it stayed limited to foreign citizens, and not Americans. He also protected American companies from being forced to create intentional vulnerabilities in their technology so the government could hack them more easily in an “emergency.”

Earlier this month, when the question of re-authorizing FISA’s controversial Section 702, Rep. Poe was one of the largest proponents of liberty in the House. He delivered an eloquent, stinging rebuke of the program in a floor speech before his colleagues. He stood firm in defense of the 4th Amendment rights of all American citizens.

Rep. Poe currently sits on the Committee on Foreign Affairs and the House Judiciary Committee. There, he is an important voice for the Constitution and is a major player in shaping the policy debate on consequential issues concerning civil liberties.

During his time in Congress, Rep. Poe has amassed an impressive 85 percent lifetime score with FreedomWorks and has won a FreedomFighter Award on five separate occasions. He is on track to add a sixth this year.

Having representatives like Rep. Poe in Congress to stand up for the Constitution and not allow the government to grow beyond what is mandated in it, is critical to maintaining our liberty for future generations. Rep. Poe announced last November that he is retiring from Congress at the end of this term, and we hope his tireless advocacy will inspire those who follow him.

FreedomWorks is proud to honor Rep. Poe as February’s Member of the Month, and looks forward to seeing him seal his legacy as a warrior for the Constitution during the remainder of his time in Washington.