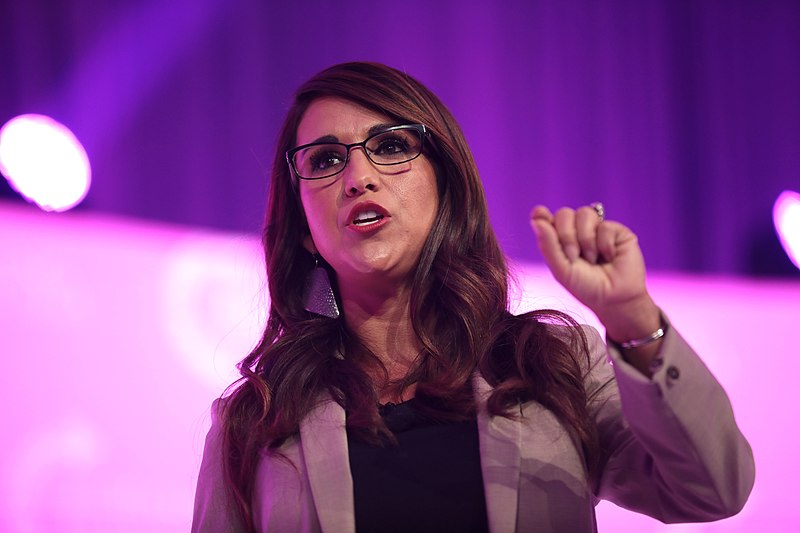 Rep. Lauren Boebert is first and foremost a small business owner from Rifle, Colorado who has fought hard in her own life, realizing that individuals can provide far better for themselves than the government could ever hope to. She recognized that the status quo in Washington was not working for the American people, and chose to run for Congress.

The fresh perspective of a young, fearless, and principled conservative woman is a welcome change to see in our nation’s capital. Rep. Boebert has shown admirable leadership and fight in issues critical to the country at this point, including but certainly not limited to the border crisis, second amendment rights, the national debt, land management, and the energy sector.

In the House of Representatives, Rep. Boebert backs conservative policy solutions that help everyday Americans across the country to make a real difference and hold officials accountable, including introducing multiple pieces of legislation to address the border crisis that the Biden administration has worsened and neglected to fix or even acknowledge.

Needless to say, Rep. Boebert is fully committed to her own stated goal of “support[ing] legislation that allows for more individual liberty, more freedom and less government intrusion into our daily lives” as well as “defend[ing[ the Constitution and protect[ing] our Republic.”

We thank Rep. Lauren Boebert (R-Colo.) for her dedicated work for liberty and for limited government. We are thrilled to honor her as our member of the month for July 2021 and look forward to watching her advocacy for real, conservative solutions as she represents CO-03.