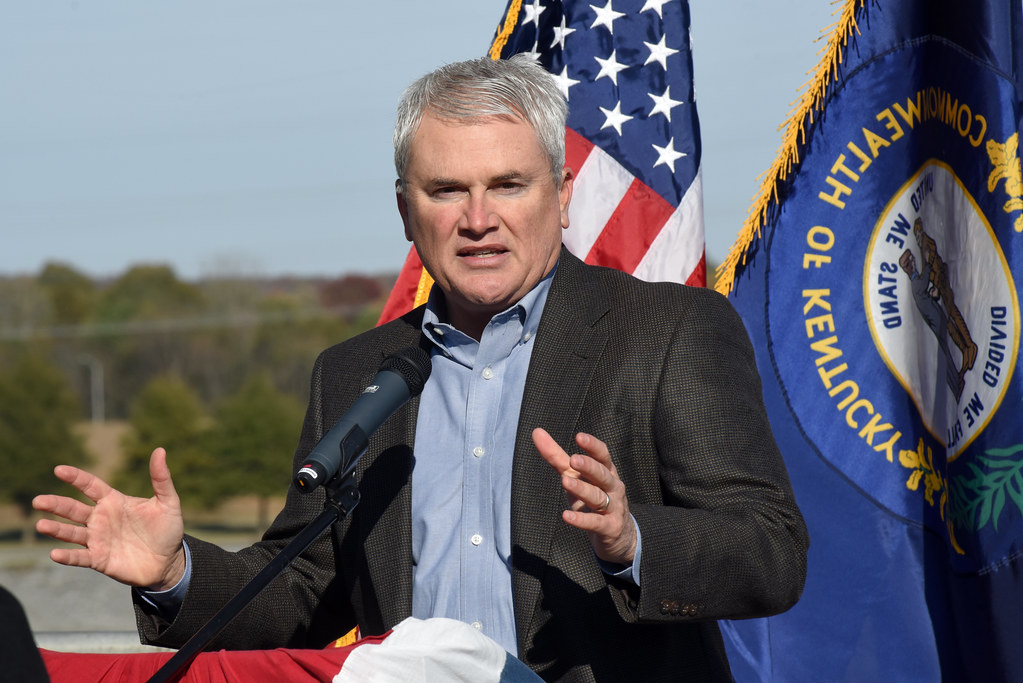 Rep. Comer hails from Monroe County, Kentucky, and graduated from Western Kentucky University with a degree in Agriculture. While in college, Rep. Comer served as Kentucky President of the Future Farmers of America, and subsequently established a successful family farm business.

Representative Comer has had a distinguished career in public service, having earned the trust from his constituents to serve as a Representative in the Kentucky House, as Agriculture Commissioner of Kentucky, and now as a congressman on Capitol Hill.

Due to his aggressive approach to reduce waste, fraud, and abuse in the federal government, Representative Comer was appointed as Ranking Member of the House Oversight and Reform Committee at the outset of the 117th Congress. The Committee has jurisdiction to investigate all matters related to the federal government, including civil liberties, economic and consumer policy, regulatory overreach, national security, and the ongoing federal response to the coronavirus pandemic.

Most recently, Ranking Member Comer joined Senators Ron Johnson (R-Wis.), James Lankford (R-Okla.), and Ted Cruz (R-Texas), as well as Representatives Blaine Luetkemeyer (R-Mo.), Jody Hice (R-Ga.), and Bob Good (R-Va.) to introduce the Guidance out of Darkness (GOOD) Act, which would require federal agencies to post regulatory guidance documents online, making them more accessible to those businesses affected by the guidance changes and to the American public generally. Freedomworks issued a letter of support for the GOOD Act earlier this month.

President Biden and his Democrat allies in Congress are active in their efforts to expand the size and role of the federal government into every part of our lives. As the lead Republican on the Oversight Committee, Representative Comer will be tasked with leading the Republican charge against the Democrats’ continued attempts to infringe on our freedoms.

His efforts so far have earned him the recognition of the FreedomWorks community. It is our pleasure to honor Rep. James Comer (R-Ky.) as our member of the month for March 2021, and we look forward to helping his efforts to reduce waste, fraud, and abuse from the federal bureaucracy.

0
07/08/2020
"For Liberty and Justice, Thank Rand Paul"
"https:\/\/www.freedomworks.org\/content\/liberty-and-justice-thank-rand-paul?social=facebook_share"
"Sen. Paul has continued to prove that he is a leader when it matters."
https://fw-d7-freedomworks-org.s3.amazonaws.com/styles/thumbnail/s3/field/image/FW-LibertyJusticePaul.png?itok=dCgHhmBh
Blog