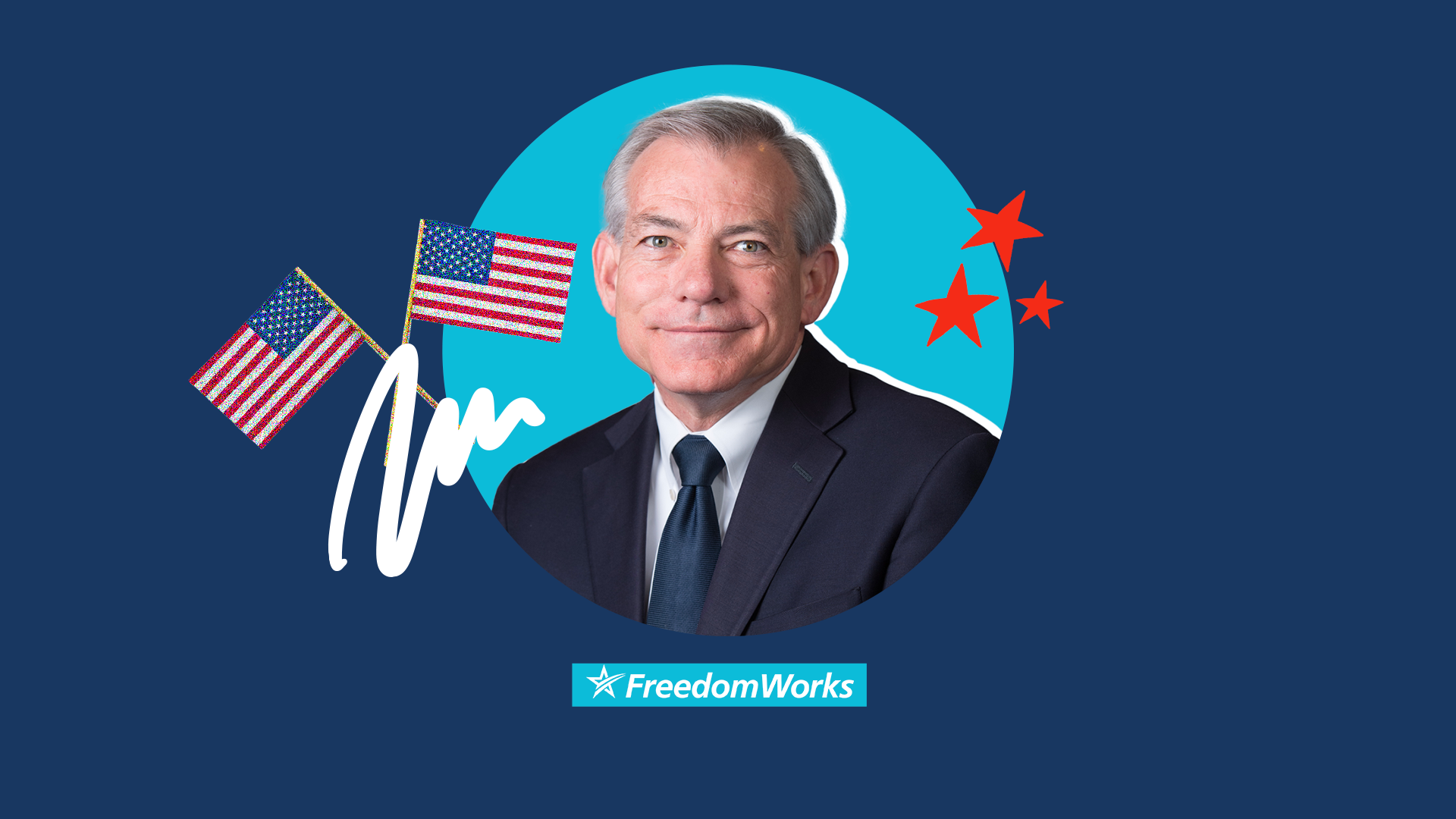 Rep. Schweikert was born in Los Angeles to an unwed mother and put up for adoption. He then grew up and spent his life in Arizona, where he received multiple degrees from Arizona State University. Taking up public service, he served as a member of the State House of Representatives, was chairman of the State Board of Equalization, and was elected Treasurer of Maricopa County.

Since arriving on Capitol Hill, Rep. Schweikert has proven himself to be as principled a conservative as they come. He holds a lifetime score of 96 percent on the FreedomWorks congressional scorecard and currently holds a perfect score of 100 percent for the year 2021. He has also received a FreedomFighter Award every year he has been in Congress.

As a member of the influential House Ways and Means Committee, Rep. David Schweikert was influential in passing the 2017 Tax Cuts and Jobs Act. He is also the co-founder of both the Blockchain Caucus and the Valley Fever Task Force.

One of Rep. Schweikert’s most admirable qualities is his willingness to speak the harsh truths that very few in Congress wish to acknowledge.

During a recent floor speech, he highlighted the ugly truth about our nation’s fiscal situation; we are getting too old too fast. Mandatory spending such as Social Security, Medicare, and Medicaid make up the vast majority of federal expenditures, yet this is spending that Congress does not vote on.

Our national public debt is set to eclipse $30 trillion and shows no signs of slowing down anytime soon. Most politicians won’t tell you that Medicare and Social Security are the most significant contributors to our sorry financial state. They are unwilling to deal with the harsh reality that the Medicare Part A and Social Security trust funds face bankruptcy in the next six to twelve years. These are the programs that drive the federal deficit over the next thirty years. It is irresponsible to ignore that these gargantuan programs are collapsing in on themselves and even more unthinkable to expand them as so many on the left wish to do.

While members like Rep. Schweikert look for solutions to our nation’s serious economic problems, President Joe Biden and Democrats are determined to make the issue severely worse. The reconciliation package making its way through the halls of Congress would fundamentally transform our economy and rack up trillions of new spending we cannot afford.

Rep. David Schweikert is the gold standard when it comes to principled conservative leadership on Capitol Hill. His record of repeatedly winning reelection in a competitive seat is proof that members who stick by fiscal responsibility and constitutional governance are rewarded by their voters. We hope to see more lawmakers follow Rep. Schweikert’s example and embrace the ideals of limited government and personal freedom.

We thank Rep. David Schweikert for his excellent work preserving freedom and are excited to honor him as our member of the month for November 2021. We look forward to watching as he continues to fight for limited government and serve the constituents of Arizona’s 6th congressional district.