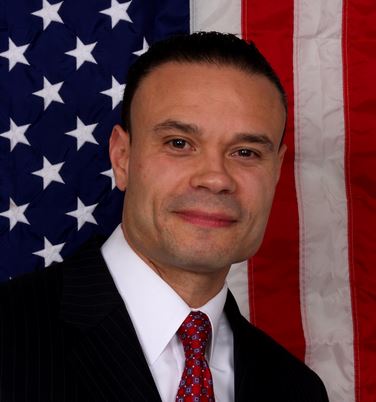 FreedomWorks for America (FWFA) congratulates Dan Bongino on his primary victory for U.S. Congress in Maryland’s sixth district. Bongino is a former secret service agent that is committed to protecting the Constitution and reigning in the federal government.

Bongino has pledged to repeal ObamaCare, supports charter schools, vouchers and merit pay for teachers, and wants to dramatically simplify the tax code and cut rates across the board.

FWFA President Matt Kibbe commented, “Congratulations to Dan Bongino, a true defender of liberty who is committed to rolling back federal overreach and protecting our individual freedoms. Bongino would be a strong addition to the ‘thinking wing of the Republican Party’ in the House, and we look forward to supporting his candidacy all the way to November.”

FreedomWorks for America is a grassroots service center to over 6.6 million activists supporting candidates who believe in individual liberty and constitutionally-limited government. For more information, please visit www.FreedomWorksForAmerica.org or contact Jackie Bodnar at JBodnar@FreedomWorks.org.

Congrats Dan- you are a PATRIOT.
We need more PATRIOTS to be elected to office who will FOCUS on improving the economy thru job growth and reducing spending.
YES WE CAN elect a PATRIOT as our next President in 2016
Dan is a freedom fighter who will fight to keep free markets and help to save our Republic.

Congratulations to Mr. Bongino and especially thanks to MD-6 voters!
All America grass-roots needs to stand behind Dan!