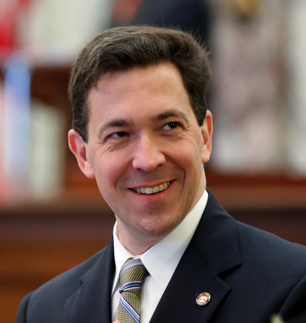 After a high-profile and turbulent showdown between the Republican establishment and the grassroots freedom movement, FreedomWorks for America congratulates Chris McDaniel in the Mississippi Republican Senate primary, who has reportedly forced six-term incumbent Thad Cochran into a likely runoff on June 24.

“Chris McDaniel is heading into a runoff scenario with an engaged network of grassroots activists who dedicated countless hours to neighborhood walking, phone banking, and community outreach events across the state,” commented FreedomWorks for America President Matt Kibbe.

“The candidate with the strongest ground game has a clear advantage in a runoff scenario. When Ted Cruz upset David Dewhurst in the Texas GOP Senate primary in 2012, Dewhurst carried 44.6 percent of the primary vote to Cruz’s 34.2 percent. Cruz continued on to sweep the runoff with 56.8 percent to Dewhurst’s 43.2 percent. Grassroots shows up when it counts.”

“We plan to double down on our efforts to support the grassroots ground game in Mississippi to make sure Chris McDaniel defeats Thad Cochran in a runoff. Mississippians are ready for a new leadership.”

FreedomWorks for America was one of Chris McDaniel’s earliest endorsements, announcing support for the constitutional conservative in late October 2013 and organizing events on the ground shortly after in early December.

In the months leading up to the primary, grassroots activists have used FreedomWorks for America tools and materials to:

FreedomWorks for America also completed about 274,500 conversations with potential voters in the weeks leading up to the primary, and launched an aggressive online campaign reaching hundreds of thousands of registered Republicans and likely conservative voters on the internet using search, display, video, and social advertising.

FreedomWorks for America is a grassroots service center to over 6.5 million activists supporting candidates who believe in individual liberty and constitutionally-limited government. For more information, please visit www.FreedomWorksForAmerica.org or contact Jackie Bodnar at JBodnar@FreedomWorks.org.