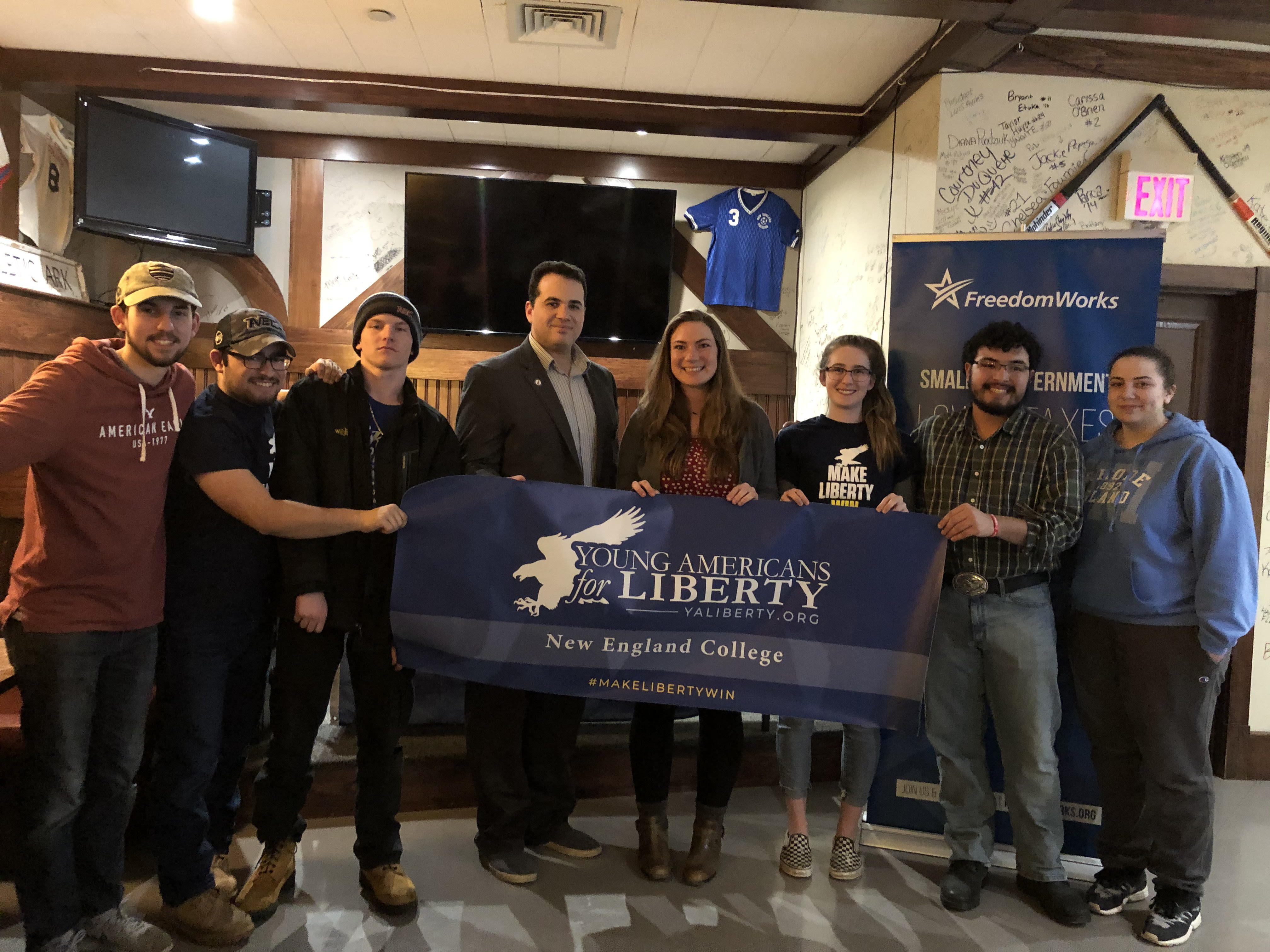 “I’m pleased to announce that FreedomWorks and YAL are launching our criminal justice reform tour this week. There’s no better state to start with than New Hampshire, whose motto ‘live free or die,’ speaks to the idea that individuals are only free when justice is both impartial and applied equally to all.

“In conjunction with YAL, this tour aims to spread the message and benefits of smart on crime criminal justice reform and the good that limited, accountable government can do for all Americans.”

“I firmly believe that criminal justice reform will happen because of hardworking grassroots activists. I’m thrilled to see YAL students collaborating with FreedomWorks to bring this vital issue to college campuses across the country.”

The First Step and Beyond tour will feature stops at Dartmouth College, The University of New Hampshire, and the University of Maine. At each FreedomWorks’ Sarah Anderson will speak with students about the First Step Act, as well as the need for further criminal justice reform measures, particularly in terms of sentencing reform. Local collegiate YAL chapters will host the speaking events at each stop along the New England tour. FreedomWorks’ Anderson will be joined by New Hampshire State House Rep. Josh Yokela (R) at each of the speaking events.