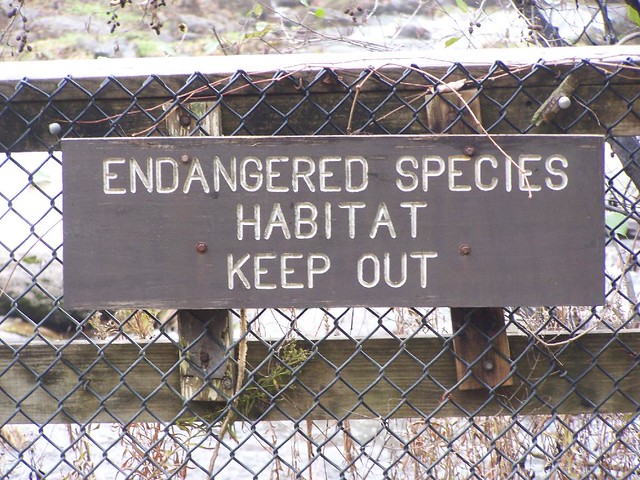 This bill is one part of a 17-piece package designed to make the ESA function as intended. H.R. 5580 would provide much-needed clarity surrounding ESA’s definitions and the responsibility of the Secretary of the Interior. Given the wide-ranging impacts of the ESA, it is important that land-owners across the country are clear on their responsibilities and the outcomes from the regulations Interior.

The Endangered Species Act places incredibly burdensome regulations on American property owners if they live on or near a potential habitat for an endangered species. It is also quite difficult to remove a species from the list, once it has been designated. This leaves rural Americans under the thumb of big government for years with no end in sight. It is also particularly dangerous when applied to a particularly aggressive species. Because of the regulations, landowners cannot take preventative measures to protect themselves, their land, or their property. This needs to end.

The rule and bill establish important definitions for terms and phrases like “consequences,” “destruction or adverse modification,” “effects of the action,” “reasonably certain to occur,” and “environmental baseline.” All of this might seem straightforward to the casual observer, but there is just enough vagary there so that enforcement action could be brought on an unsuspecting landowner who thought he or she was in compliance. By requiring the Secretary to strictly define these terms, it creates needed predictability.

The rule and the bill would also require that the Secretary take exhaustive actions before making habitat designations. This includes finding out what is needed, whether or not a designation is critical to the survival of the species, and making an attempt to make a designation in an area the species already inhabits before trying to move them to an unoccupied area. This ensures no flippant designations are made that could harm local property rights.

Under this legislation, the Department of the Interior would have to do cost-benefit analyses on endangered species designations. Up to this point, the Department has been prohibited from doing so. This leaves them almost entirely ignorant of the consequences to property owners. With this information in hand, they can better respect property rights and balance competing interests.

Perhaps most important is merely the fact that this codifies the preceding Interior rule. This prevents these changes from being subject to a regulatory ping-pong match between ensuing administrations. That is the only thing that could create more uncertainty than the ESA itself. Having Congress behind these changes means that the framework will be more stable and predictable for all stakeholders. This is part of following through on President Trump’s promise to “drain the swamp” by cutting away regulatory red tape.

Members of Congress should throw their support behind this important measure. FreedomWorks is proud to name the Bring ESA Into the 21st Century Act as our Bill of the Month for March 2020.