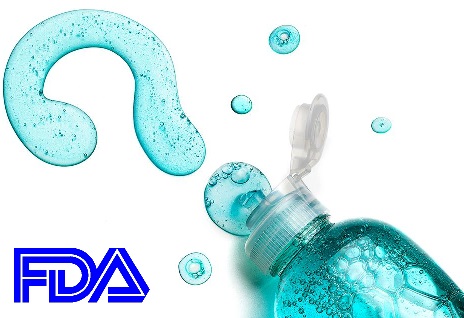 Senator Paul, the lead sponsor, is also a medical professional who has spent years in this line of work. He first did general surgery training and worked in an emergency room for several years before specializing as an eye surgeon. He is still fully licensed today. Few elected officials know more about what we’re dealing with in this time of public health crisis than he.

It has been well documented how federal regulations have hindered the response to the coronavirus here in America. The Center for Disease Control (CDC) prevented the conducting of tests unless researchers were approved by the FDA to do so. The FDA says they cannot do so until their lab is approved as a clinical testing facility by the Centers for Medicare and Medicaid Services (CMS), a division of the Department of Health and Human Services (HHS).

To put that into perspective, almost two months before coronavirus became a bigger issue within the United States, four layers of bureaucracy were teaming up to prevent tests that would have improved disease detection and prevention. Now, here we sit later, dealing with the consequences.

Under the national emergency guidelines, the government required all would-be testers to receive an emergency use authorization (EUA) from the FDA. This is a remarkably counter-productive thing to do in the midst of a pandemic. The VITAL Act clarifies that the Public Health Service Act, not the Federal Food, Drug, and Cosmetic Act, governs all aspects of laboratory-developed testing procedures.

The Public Health Service Act establishes the government’s quarantine authority, which it vests to the HHS, not the FDA. It has since the 1940s. Nowhere in it does it expand FDA’s authority to govern testing, which has never been its prerogative. This is just common sense. When our nation’s healthcare resources are being stretched thin, we should make it easier for people to develop tests and treatments, not erecting more regulatory barriers.

The bill also requires that the Centers for Medicare and Medicaid Services (CMS) and the Secretary of Health and Human Services (HHS) update guidelines, rules, and procedures surrounding testing. It also allows for public input on any updates. Far too much of our nation is governed by outdated rules and restrictions that cost our economy heavily and, in this instance, potentially threaten American lives. It is important that our leaders in this space be willing to re-evaluate existing protocols in a timely fashion.

There are still provisions within the bill that ensure the tests are done accurately, with regard for patient safety, and are monitored for quality assurance. Any doomsday predictions to the contrary are baseless. What this bill does do, on the other hand, is ensure that oversight of lab tests does not limit patient access, impede innovation, constrain flexibility, or limit the sustainability of tests.

During pandemics and other periods where our healthcare system is over-burdened. According to the bill sponsors, the act preserves the ability of the laboratory community to provide surge capacity in public health emergencies, including biological, chemical, radiological, and nuclear threats, infectious disease outbreaks.

In a time where public policy makers are either seriously over-reacting to the coronavirus outbreak, or underestimating the harm that our regulatory state is doing, this is a refreshingly level-headed serious examination of what needs to be done. That is why we are proud to name the VITAL Act as our bill of the month for May 2020.