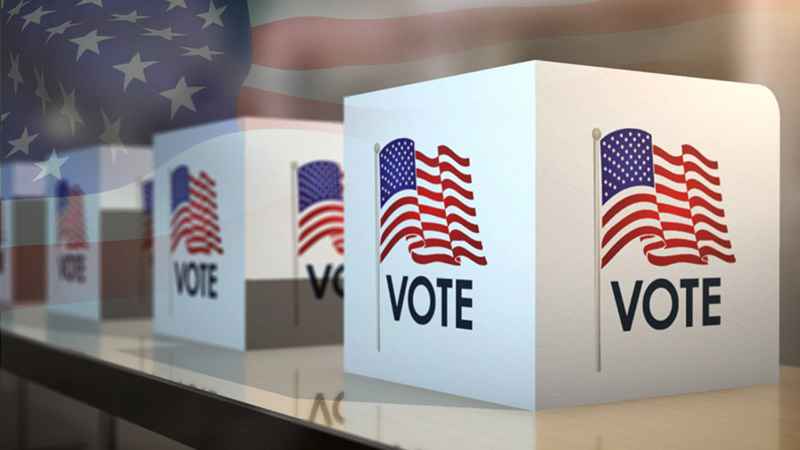 These bills would give states the resources to audit the results of federal elections, to ensure accuracy, and to safeguard against cyber threats. They will allow states to use voter-verified paper ballots to ensure that any result obtained by electronic voting machines has not been tampered with.

Given this time in our nation’s history, it is vitally important that our governance not be hindered by constant questions regarding the legitimacy of our elections. Shortly after the 2016 election, DEFCON, the world’s largest hacking conference, demonstrated wide-ranging vulnerabilities in the U.S. election systems, with hackers being able to penetrate the systems in just a few minutes with limited resources. In a nation as advanced as ours, this is unacceptable.

Since that time, there have been questions about election security and integrity in places like Johnson County (Kansas), Georgia, and in the nation at-large, as the type of voting machine used by half the country was recently discovered to be susceptible to attacks. These potential vulnerabilities throw the health of our democracy into question, and throw a wrench into important foreign policy discussions due to paranoia about potential perpetrators.

Fortunately, the fix does not require new, expensive technology, but an old familiar one. Paper ballots cannot be hacked, and can be acquired cheaply by voting precincts across the country. This would not preclude states from using whatever technology they see fit, but would ensure that a paper backup was available to verify the accuracy of the results obtained through voting machines.

The Constitution vests the power of conducting elections to the states and localities. However, the federal government is tasked with “providing for the common defense.” Normally, big government advocates use the common defense clause to justify any invasive government policy. In this case, it actually applies.

The clause is derived from Article VIII of the Articles of Confederation, which states, “All charges of war and others incurred for the common defense shall be defrayed by Congress through a national treasury assisted by funds from the states.” It would seem that Congress appropriating funds to assist states in the verification of their election results would fit that description. It is a common sense measure that ensures the defense of our elections without dictating to states and localities how to manage their processes.

Now, each of these bills has its nuances and differences, but this is a debate well worth having. We hope to see, in the near future, a lively discussion surrounding all of these bills on the floors of both chambers of Congress, so we can get serious about protecting the right to vote for all Americans.

I would like your opinion on the new optical scanning voting machines. Are they secure? Specifically, Montgomery County PA purchased the "Dominion ImageCast Precinct system".

A complaint filed in Georgia states that, “Hackers at this year’s DEFCON Voting Village probed the Dominion precinct scanners and discovered 20 vulnerabilities. Here are 10 of those vulnerabilities:

1. "Participants were able to access USB, RJ45 and CF slots on the machine without using destructive force"
2. "The system also runs on Busybox Linux 1.7.4 which has twenty currently known medium-to-high level vulnerabilities"
3. "Importantly, the CF card and card readers on the front and back of the machines are physically exposed, and could be replaced"
4. One vulnerability "allows remote attackers to allow a DNS through CPU/bandwidth consumption via a forged NTP packet which triggers a communication loop with the effect of a Denial-of-Service attack."
5. "Boot settings also allow for the system to be booted from an external USB on startup"
o "USB port that is not exposed"
o "Boot order is USB then CF"
6. "When participants removed the CF card on the front of the machine, they found the scanned ballots and the configuration file in the clear." "The group was able to browse the file system on the CF card, proving that the filesystem was unencrypted and unprotected"
7. "As a group, they were able to boot an operating system of their choice to play video games on the voting machine, including a popular game called 'Pong'"
8. "These participants (stated) that by bringing a simple screwdriver and CF card into the voting area, an attacker could use a screwdriver to access the machine's intended CF card and swap it with the card they brought, allowing the attack to boot an arbitrary operating system and take control of the machine"
9. "Hybrid machines, which offer users the option of inspecting their ballot before printing, should be avoided because they increase the risk of undetectable attacks. Because the machine knows which ballots are inspected and which are not, it can modify only those that are not inspected -- essentially undermining the purpose of voter-verifable ballots."
10. "Such attacks would be very hard to detect exactly because the attacked ballots are those not inspected. With today's razor-thin margins of victory in elections, even the ability to modify a small percentage of the votes undetectably can have a huge impact"

I think the security legislations were quite strong this once. People at https://www.rushmypapers.me/ also talked about them and I think it was quite fair. They were being careful and it was a wise choice.

Thanks so much with this fantastic new web site. I’m very fired up to show it to anyone. It makes me so satisfied your vast understanding and wisdom have a new channel for trying into the world. https://www.fiverr.com/mubeenshahjahan/do-100-blog-comments-with-unique-...

My friend says to me that this Minesweeper video game is so nice and it is a Puzzle game and not too easy to play. But https://myminesweeper.com you i like challenges, and now i am expert to play and win this single player video game. Thank you to this!