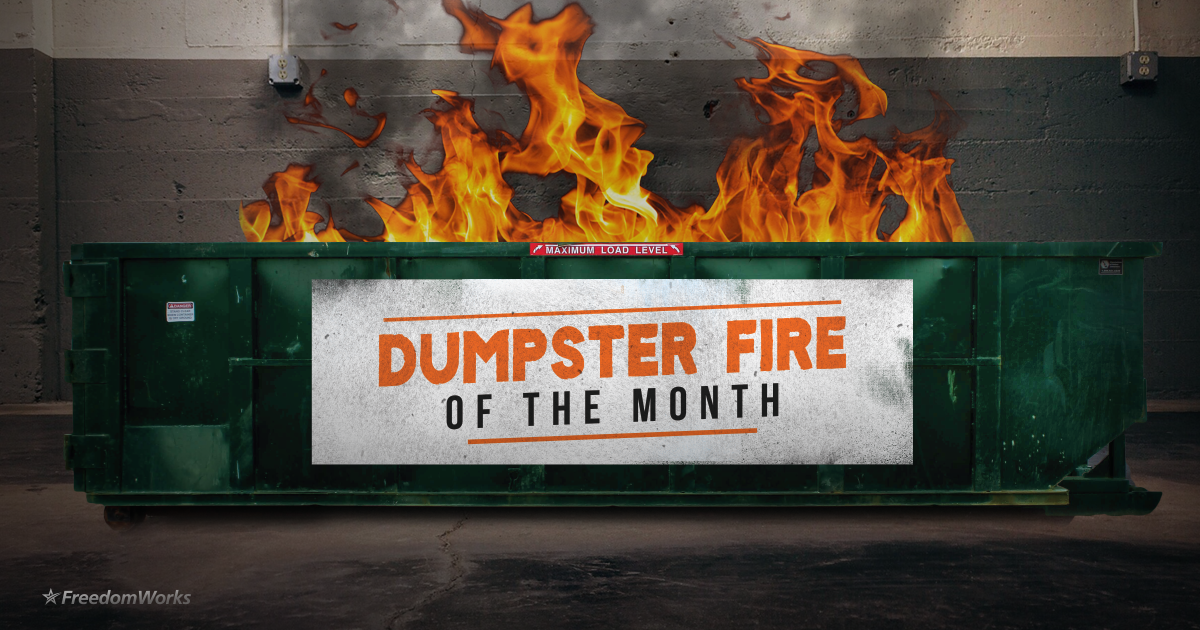 Last week’s live stream featured four bills -- the Climate Action Now Act, the Transparent Drug Pricing Act, the Medicare for All Act, and the Reversing the Youth Tobacco Epidemic Act. As we are all used to by now, politicians will hold nothing back on using titles for bills that sugarcoat the disastrous effects their bills will have on our country. All four of these bills are no exception.

From undoing President Trump’s promised moves on climate change and eliminating healthier alternatives than smoking to importing European socialist price controls, Democrats and Republicans alike are introducing bills that move us further and further away from free markets.

In the tough choice between these bills, our activists chose the especially disastrous Medicare for All Act as their top pick for the worst of them all. The Medicare for All Act would essentially eliminate private health insurance in the United States and instead channel every American’s health insurance coverage, and therefore their healthcare, through the federal government.

No longer are Democrats pretending to peddle the lie that President Obama told our country about Obamacare: “If you like your healthcare plan, you can keep it.” Instead, they are embracing the idea of taking health decisions away from the American people and forcing them into a socialist scheme similar to many of those in Europe.

According to a new report from the government’s overseers of Medicare and Social Security, the Medicare hospital insurance trust fund will become insolvent in 2026. The entire Medicare program currently has an estimated $42 trillion in unfunded liabilities over the next 75 years, up $5 trillion from the estimate in last year’s report. Given these dire circumstances and our $22 trillion debt, we certainly cannot be looking to expand that program

Additionally, Medicare for All would require a doubling or tripling of personal income and payroll taxes in the United States to even attempt to pay for, as we noted in our live stream last week. During a time of economic boom, we should be lowering taxes and cutting spending, not raising taxes and increasing spending.

Furthermore, the very idea of putting the government in control of our nation’s healthcare is beyond troublesome. The best example we have of socialized medicine in the United States is the healthcare administered by the U.S. Department of Veterans Affairs. Here, the tragic stories and statistics of our nation’s retired service members waiting and waiting, often never receiving the care they need, are seemingly endless.

The Congressional Budget Office (CBO) recently confirmed this in a new report, which indicates that with a single-payer system, although “everyone eligible would receive health insurance coverage...regardless of their health status,” this would “put pressure on the available supply of care.” Therefore, “[i]f the number of providers was not sufficient to meet demand,” which would likely be the case as governments face resource limitations that the private sector does not, “patients might face increased wait times and reduced access to care.” To this point, what we must be seeking, then, is increased access to healthcare, not only increased access to health insurance. A single-payer system only addresses the latter, with detrimental effects to the former.

As with anything government-run, resources are limited, innovation is stifled, and competition is driven away. As a result, the product -- in this instance, the healthcare of our citizens -- is rationed. With something as important to life, liberty, and the pursuit of happiness as one’s health, socialized medicine -- whether through Medicare for All or otherwise -- is a risk we cannot and will not take in America.