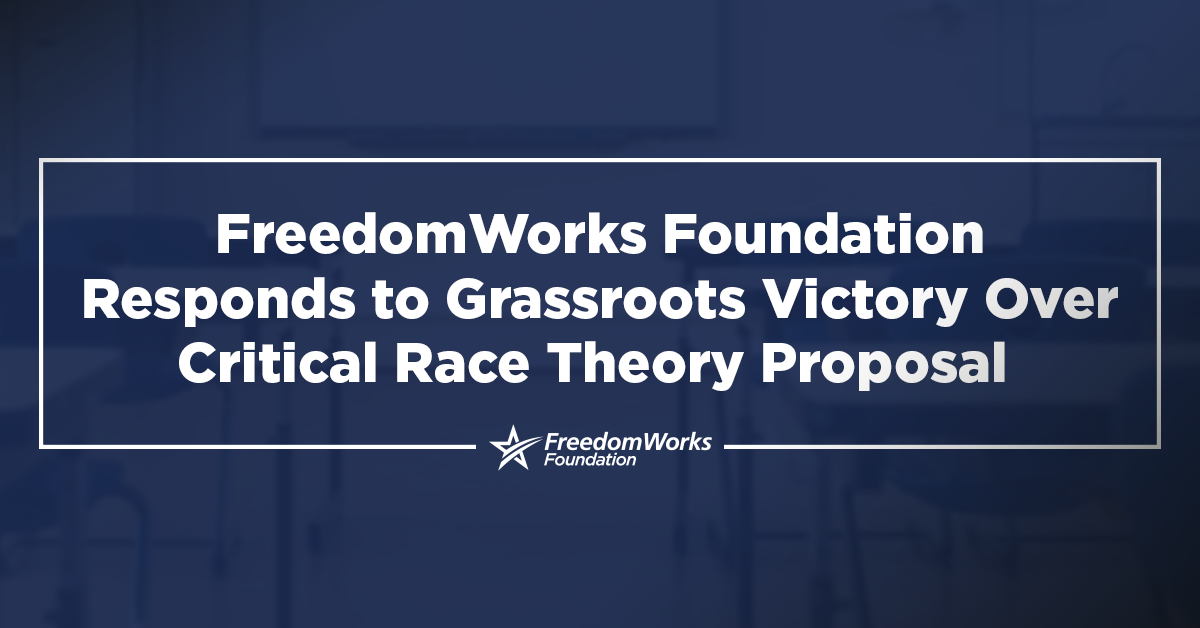 WASHINGTON, D.C. -- In response to the announcement by Secretary of Education Miguel Cardona that the Department of Education will not proceed with a proposed rule that would have tied federal education grants to Critical Race Theory, Adam Brandon, FreedomWorks President, commented:

“FreedomWorks’ activists submitted over 5,100 unique comments on this proposed rule, accounting for nearly 15 percent of the entire docket. FreedomWorks’ Building Education for Students Together (BEST), in conjunction with the Regulatory Action Center (RAC), have proven the power of grassroots activism and participation in the regulatory process.

“We applaud Secretary Cardona and the Department of Education for listening to the will of the American people. Parents have resoundingly made clear that they do not want Critical Race Theory taught in their schools and that federal grant funding should not be tied to such divisive teachings.

“While we praise the Department of Education for withdrawing this proposal, we are mindful that many in the Biden administration strongly support the widespread teaching of CRT in our public schools. We will remain vigilant and strongly oppose any future attempts to impose this radical ideology.”