The Renewable Fuels Standard (RFS) is a federal mandate that requires gradually increasing amounts of biofuels such as corn-based ethanol and other experimental biofuels to be blended into the nation's fuel supply. 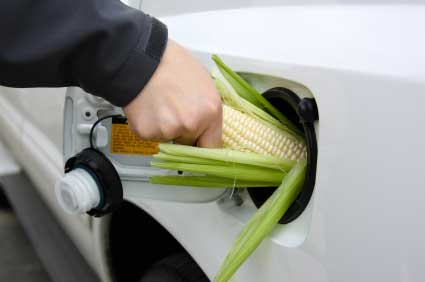 These standards, set in 2007, pre-date the financial crisis and resulting economic downturn and therefore do not account for the major changes that the nation's economy underwent towards the end of the last decade. As a result, while domestic fuel consumption has dropped, the mandated amount of ethanol and other biofuels required to be blended into the fuel supply has continued to increase. This has created a situation where the amount of ethanol in the fuel supply has reached levels that pose a serious risk to the fuel infrastructure and motorvehicle engines; never designed to perform with fuel inundated with such high levels of ethanol.

Further, domestic fuel producers are unlikely to find a substantial market for fuels with excessive ethanol content. Thus, many are likely to limit fuel production or export their fuels to less restrictive markets resulting in greater scarcity and higher prices in the US fuel market. This is something that American's can ill-afford as they still grapple with historically above-average gas prices and the lingering effects of the "Great Recession."

It is the position of the FreedomWorks Foundation that government mandates in any market are ill-advised and create economic inefficiencies. The RFS is a quintessential example of this.

In response to the undeniable crisis created by the RFS's arbitrary biofuels requirements, the Environmental Protection Agency (EPA) has proposed reducing the mandated amount of ethanol and other biofuels required to be blended into the domestic fuel supply in 2014.

While the FreedomWorks Foundation celebrates this move by EPA as a step in the right direction, we remain convinced that the RFS is fundamentally flawed and wholly unnecessary. We believe that a full repeal of the RFS mandate is in the best interest of the American consumer. These views are expressed in greater detail in the comment the FreedomWorks Foundation submitted to EPA today.

To read our comment to EPA on the RFS and our recommendation for future action, please click here or on the attached document below.

OMG I just finished reading Peter Schweizer, Extortion, Who is paying you to write this article? this is false information not based on facts, ethenol has been studied and E10 and E15 will not harm vehicles 2002 and newer based on the EPA study done. Ethenol does not increase the price of food. Look up the price of corn.

Democracy and Power 107: Counting Votes Successful ... politicians are insecure and intimidated men. They advance politically only as they placate, appease, bribe, seduce, bamboozle or otherwise manage to manipulate the demanding and threatening elements in their constituencies. —Walter Lippmann (1889-1974), American Journalist and Author

3
08/09/2013
Taking the Pulse of Congress on the RFS
"https:\/\/www.freedomworks.org\/content\/taking-pulse-congress-rfs?social=facebook_share"
null
https://fw-d7-freedomworks-org.s3.amazonaws.com/styles/thumbnail/s3/te_social_media_share/fw_default_0.jpg?itok=35IWEBMb
Blog

Taking the Pulse of Congress on the RFS

While most of the headlines emanating from Washington, D.C., may be focused on new high profile scandals or political fights, it is critical not to lose track of important, yet decidedly less flashy, old business being tended to on Capitol Hill. Case in point is the current debate over the Renewable Fuel Standard (RFS).