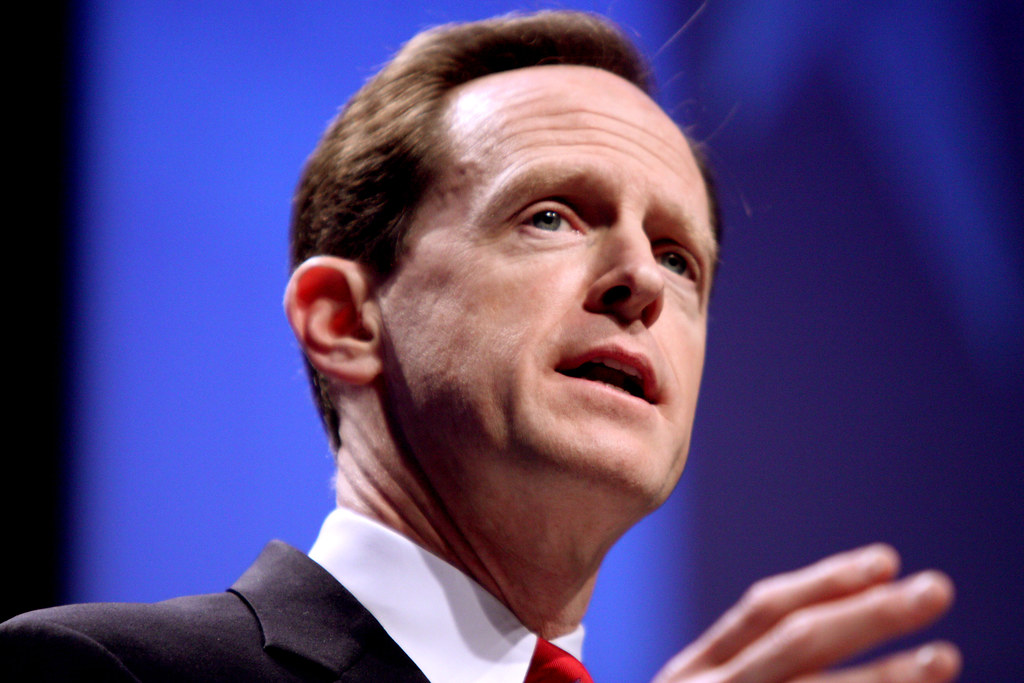 Prior to his tenure in the Senate, Sen. Toomey served from 2005 to 2009 as president of the Club for Growth, a partner organization to FreedomWorks on many issues pertaining to limiting the size and scope of government, most notably government spending. Previously, he represented Pennsylvania’s 15th Congressional District from 1999 to 2005, during which time the district was located along the eastern border of the commonwealth about 60 miles north of Philadelphia.

The redistricting that occurred after Sen. Toomey’s tenure in the House of Representatives, changed most of that old 15th district into the new 7th district. The 15th district is now located in the western half of the commonwealth, northeast of Pittsburgh.

Since he has been in the Senate, Sen. Toomey holds an 85 percent lifetime score on FreedomWorks’ Congressional Scorecard, winning a FreedomFighter award as recently as 2019 for that year’s 92 percent score. He also won FreedomFighter awards in 2011, 2013, and 2017. Although FreedomWorks did not exist during Sen. Toomey’s tenure in the House, we imagine he would have been among our top representatives on such a scorecard.

Sen. Toomey is consistently a voice of reason and principle in the Senate, refusing to let things go unnoticed that many others pass up. For example, just last month during the Senate’s debate over the United States-Mexico-Canada Agreement (USCMA), Sen. Toomey was a lone voice on the Republican side of the aisle bringing up issues with the process violating the Trade Promotion Authority fast-track procedure as well as the poison pills for free traders included in the final deal that FreedomWorks repeatedly raised awareness about during the negotiations.

To this end, including being vocal about the issues with the USCMA, Sen. Toomey raised a budget point of order on the floor and forced a vote on waiving the Senate’s pay-as-you-go rules for the USCMA Implementation Act. Naturally, FreedomWorks included this vote in our scorecard as the first scored vote in the Senate for 2020 and thank Sen. Toomey for always standing up for what is right on free trade.

He also takes the lead on important issues, including the newly-introduced ALIGN Act, which would make the full and immediate expensing provision of the Tax Cuts and Jobs Act permanent, and the AFFIRM Act, which would reduce federal spending on crop insurance.

A strong advocate for victims of crime and for police officers, Sen. Toomey also voted in favor of the First Step Act in December 2018. With this vote, he recognized that the one of the best ways to be tough on crime and to support law enforcement is to be smart-on-crime and enact reform legislation that focuses on preventing crime from happening, as this landmark piece of legislation did. Days later, President Trump signed the First Step Act into law.

Furthermore, Sen. Toomey simply is a kind, thoughtful man who takes the time and care to ensure he is doing the best work he is able in the position to which the people of our country have elected him. On both an activist and a staff level, FreedomWorks has had nothing but positive experiences with Sen. Toomey and his staff, and the dedication he and those he keeps around him have for the work they do is glowingly apparent.

Just last month, FreedomWorks brought around 200 activists -- many from Pennsylvania -- into town to lobby their senators on the Hill on the issue of impeachment, to oppose new witnesses and vote for acquittal on both articles. Each time activists visited Sen. Toomey’s office, they were greeted with hospitality and attentiveness from staff… And with Hershey’s candy! And, Sen. Toomey even took the time to talk directly with our activists himself and express his appreciation for their involvement in politics.

We would like to express our appreciation for the same from him, and for his steadfast commitment to conservative principles that advance liberty. We are proud to honor Sen. Pat Toomey (R-Pa.) as the first senator to receive recognition as FreedomWorks’ member of the month and look forward to supporting the excellent work he does for Pennsylvania and for America now and in the future.