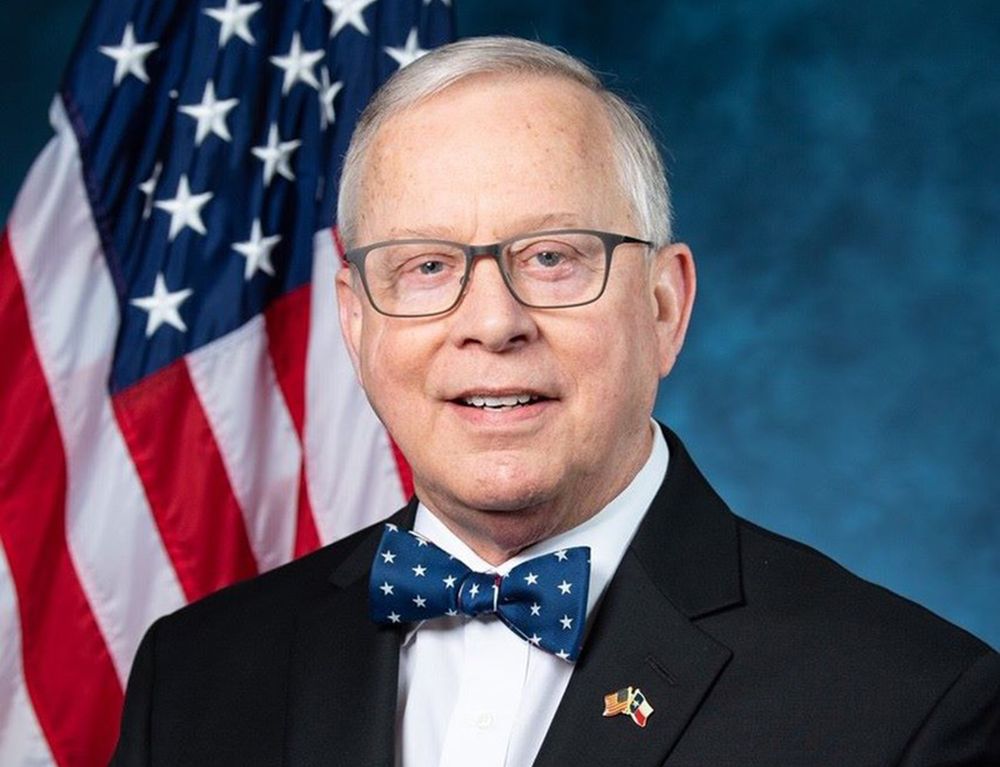 Born and raised in Texas, Rep. Wright was involved in conservative politics for over 30 years. After attending the University of Texas at Arlington where he studied history and political science, Rep. Wright began his career working in ceramic cooling. While in that position, he began to author opinion pieces for the Fort Worth Star-Telegram in the 1990’s that brought him further into political life.

Finding a knack for politics, Rep. Wright was first elected to the Arlington City Council in 2000. From 2004 to 2008, he also served as the Mayor Pro-Tem for Arlington. During this period, Rep. Wright also worked as the district director for former Rep. Joe Barton (R-Texas) until 2009 when he became chief of staff. Rep. Wright was then appointed as Tax Assessor-Collector for Tarrant County in 2011, and he served there honorably until 2018.

In that year, Rep. Joe Barton announced that he would not seek reelection, prompting Wright to declare his intention to run for the open seat. Following a bitterly contested primary election, Rep. Wright garnered the majority of votes in a runoff election. As was expected, he handedly won reelection to the House in 2020.

During his time in Congress, Rep. Wright showed a strong dedication to the principles of personal and economic liberty. On FreedomWorks Congressional Scorecard, Rep. Wright held an impressive lifetime score of 98 percent, winning the FreedomFighter Award in 2019. This scorecard and award are specifically designed to highlight those Members of Congress who demonstrate their commitment to reducing the scope of government, lowering taxes, and protecting Americans’ freedoms and personal liberties. We seek to distinguish legislators who stand on principle at all times -- both when convenient and inconvenient -- from legislators who sacrifice principle for politics. Rep. Wright was the former, to the betterment of his constituents.

While the short span of Rep. Wright’s time in Congress limited his legislative impact, nevertheless, he proved himself as a strong champion for the people of Texas 6th District. He was a steadfast supporter of many important legislative measures aimed at improving our mode of governance. In 2020, he penned an op-ed in support of a smart and business-friendly economic recovery from COVID-19 lockdowns: “eliminating burdensome and costly regulations” and “mak[ing] permanent one of the most effective policies in the tax-cut law — provisions to allow full expensing for assets such as machinery.”

Upon his winning of the FreedomFighter award in 2019, our president Adam Brandon said of Rep. Wright, “Coming into Congress with multiple other freshman representatives from the Lone Star State, Rep. Wright has proven himself a standout member of this great delegation even in his short time thus far in office. Texas' 6th Congressional District is fortunate to have such an upstanding and dedicated liberty warrior representing them, and his first year's 100 percent score is evidence of that.” In reflection, this praise could not be more well-deserved.

Throughout his career, both public and private, Rep. Wright has consistently affirmed his commitment to the values of fiscal conservatism and personal liberty. His tenacity and devotion to his beliefs will be sorely missed. For all these reasons, FreedomWorks is proud to name Rep. Ron Wright as our member of the month for February 2021.