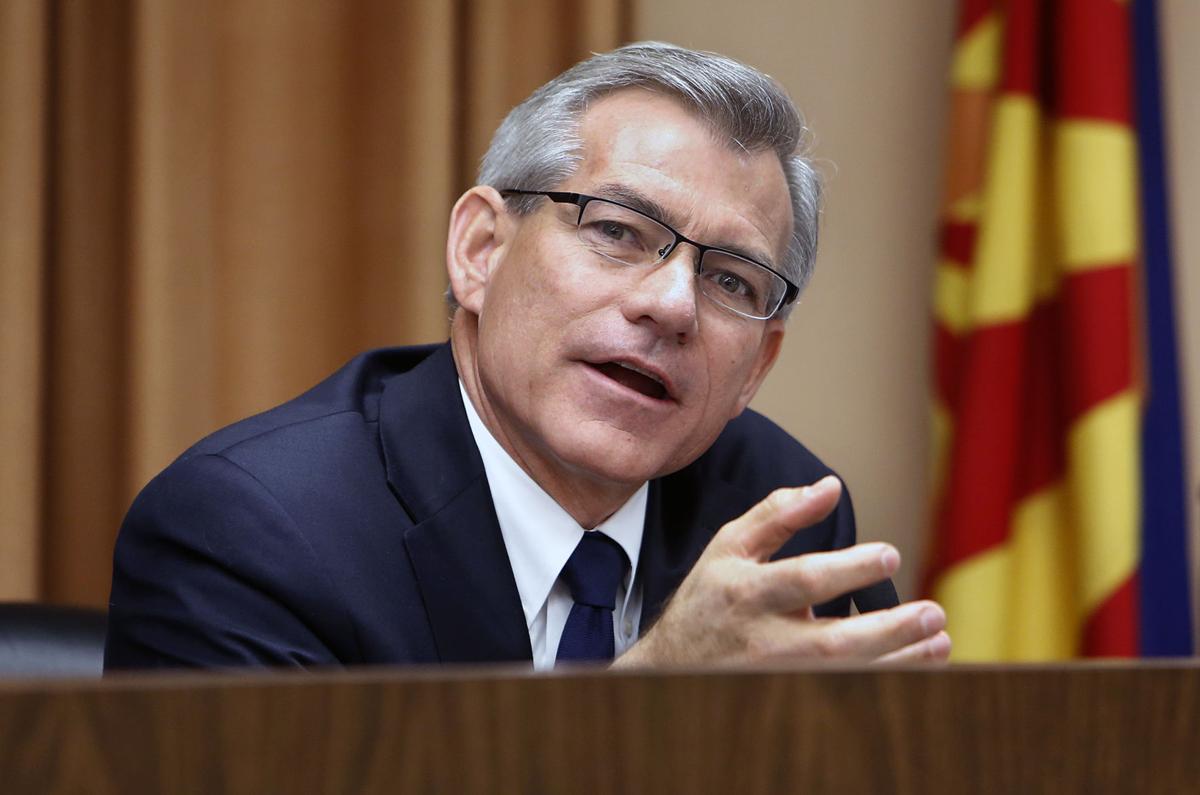 Rep. Schweikert was born in Los Angeles to an unwed mother and put up for adoption. He grew up in Scottsdale with his adoptive parents and siblings. Since then, he has spent his life in Arizona dedicated to improving life for the state’s residents. Rep. Schweikert received multiple degrees from Arizona State University, served as a member of the State House of Representatives, was chairman of the State Board of Equalization, and was elected Treasurer of Maricopa County prior to serving in Congress.

During his time in the Arizona State House, Rep. Schweikert impressed his colleagues early. As a freshman member of the body, he earned a committee chairmanship, and by his second term in office, he had been elevated to Majority Whip.

Rep. Schweikert’s time in Congress has been no less impressive. He holds a lifetime score of 95 percent on the FreedomWorks congressional scorecard. He has also received a FreedomFighter Award every year he has been in Congress. This award recognizes members of Congress who consistently vote to support economic freedom and individual liberty.

A hallmark of Rep. Schweikert’s congressional career has been seeking innovative, outside-the-box solutions to problems. He is the primary sponsor of the Crowd Sourcing of Environmental Data Act, H.R. 3959. This would allow states to monitor air quality according to their needs using newer, more dynamic technology. Last year, Rep. Schweikert introduced the Debt Ceiling Alternative Act, H.R. 3167, which would allow for the rescission of unobligated funds and require the Treasury to issue bonds to pay off publicly-held debt. He is often a dose of much-needed fiscal sanity in Washington.

Rep. Schweikert also strives to hold himself, and his colleagues, accountable to the American people. This is why he introduced the Stop Questionable, Unnecessary, and Excessive Allowances for Legislators (SQUEAL) Act, H.R. 4217. This bill, which was included in the Tax Cuts and Jobs Act, prevents lawmakers from taking advantage of tax loopholes to put those they represent on the hook for their own personal D.C. living expenses.

Rep. Schweikert is one of the few members of Congress who remembers who put him in office and tries to rise above petty partisan division. Of his mission in Washington, he says:

FreedomWorks is proud to honor Rep. David Schweikert as July’s member of the month. We recognize his dedication to working out issues for his constituents and for the American people as a whole. We look forward to seeing what he sets out to tackle next and to standing behind him in that effort.