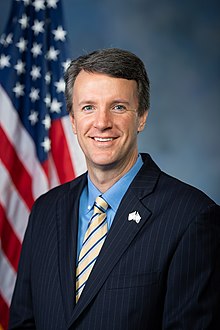 Elected to the U.S. House of Representatives in 2018, Rep. Cline has had a long history of defending individual liberties. As a member of the Virginia House of Delegates, Rep. Cline chaired the Committee on Militia, Police, and Public Safety, and he was the House Co-Chair of the Conservative Caucus. During his tenure in Richmond, Rep. Cline successfully championed several important pieces of legislation including HB 1362, which established a penalty for the misuse of public assets. In the House of Delegates, Cline also sponsored a bill that prohibited state and local law enforcement agencies from using unmanned drone aircraft, except in cases of Amber Alerts and search in rescue missions. When the bill passed into law in 2013, it was the first of its kind.

He is also an advocate for criminal justice reform. In 2012, he was instrumental in brokering a compromise between law enforcement and prisoner advocates around the use of restraints on pregnant inmates. He similarly advocated for non-violent juvenile offenders including his staunch opposition to the closure of the last facility solely for non-violent offenders in the Commonwealth in 2009.

In the short period that Rep. Cline has been in Congress, he has proved himself a valuable ally of freedom and justice. As a member of both the House Committee on Education and Labor as well as the House Judiciary Committee, Rep. Cline has shown the people of the Virginia 6th what a dedicated advocate can accomplish. He has supported such free-market proposals as eliminating the death tax and repealing the excise tax on employer-sponsored health care coverage.

Most notably, Rep. Cline has introduced sweeping reforms in the Small Business Reorganization Act, H.R. 3311. This legislation seeks to simplify the process by which small businesses can use bankruptcy as a means of reorganization. Rep. Cline recognizes that many small businesses have few options when the economy takes a downturn due to the regulatory red tape surrounding the process. As such, H.R. 3311 would “provide an important avenue of relief to the people in our communities who employ countless individuals and drive our local economies.”

Although he is early into his time in the House, Rep. Cline has maintained a perfect score of 100 percent on the FreedomWorks congressional scorecard during his first year in Congress. The scorecard recognizes members of Congress who consistently vote to uphold individual liberty and free markets.

During his first few months of federal service, Rep. Cline has been a model for conservative values and principled policymaking. We know that he will continue the fight for liberty for the remainder of the 116th Congress. For all of these reasons and more, we are proud to name Rep. Ben Cline as our Member of the Month for July 2019.