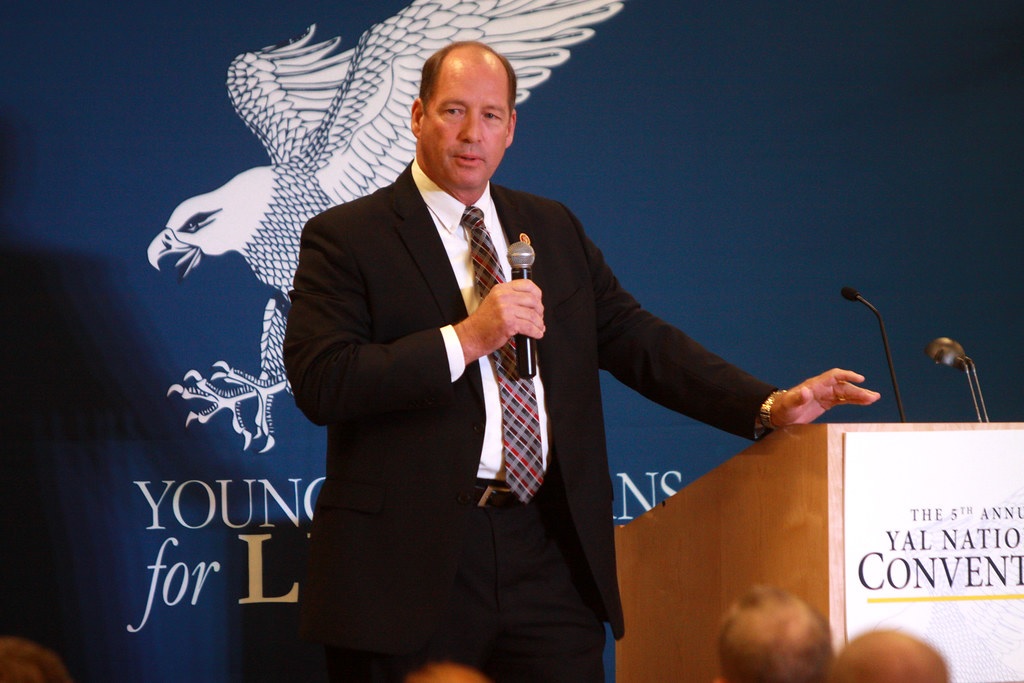 Dr. Yoho first moved to Florida at age 11 where he later attended the University of Florida for both his undergraduate and graduate studies in veterinary medicine. After owning his own small business -- a large animal veterinary practice -- Dr. Yoho stunned the establishment by upsetting incumbent Rep. Cliff Stearns (R-Fla.) when the districts were redrawn in 2012. Since then, Rep. Yoho has been a firm believer in the principles of small government, liberty, and freedom, maintaining a 90 percent lifetime score on FreedomWorks Scorecard, and holding a perfect score for the current 116th Congress.

In the House of Representatives, Rep. Yoho sits on the Committee on Foreign Affairs and the all important Agriculture Committee. There, he has worked tirelessly to advance our nation’s agricultural and veterinary systems.

Towards that end, Rep. Yoho has introduced numerous pieces of legislation that would bring necessary reforms to our nation’s meat industry, such as the Transporting Livestock Across America Safely Act (H.R. 487) that would roll-back overly strict regulations that hurt our farmers and ranchers. An advocate for the safety and health of all animals, not just livestock, Rep. Yoho has also cosponsored several pieces of legislation seeking to expand protections for our pets like the Healthy Dog Importation Act (H.R. 6921) from Rep. Ralph Abraham (R-La.).

As a member of the Foreign Affairs Committee, Rep. Yoho has also been an advocate for freedom and liberty beyond our borders. Most recently, in defense of the abuse of the people of Hong Kong by the Chinese Communist Party, Rep. Yoho bravely cosponsored the Hong Kong Autonomy Act (H.R. 7440). He has also joined in essential efforts to revise, or simply limit the expansion, of the 2001 Authorization for Use of Military Force (AUMF). This legislation is what granted Presidents Bush, Obama, and Trump carte blanche to conduct counterterrorist military operations and has resulted in endless war since its implementation.

Rep. Yoho also has a fantastic record on fiscal responsibility. A member of both the House Freedom Caucus and the House Liberty Caucus, he is always an ally when it comes to the tough votes.

In his short time in Congress, Rep. Yoho has demonstrated his commitment to the people of Florida’s 3rd Congressional District through his principled leadership. Though it is unfortunate to see such a strong ally exit the public stage, we are fortunate to have worked with such an honest and forthright member. Regardless of what happens in November, whoever succeeds Rep. Yoho will have big shoes to fill. It is for these reasons that FreedomWorks is proud to name Rep. Ted Yoho (R-Fla.) as our member of the month for July 2020.