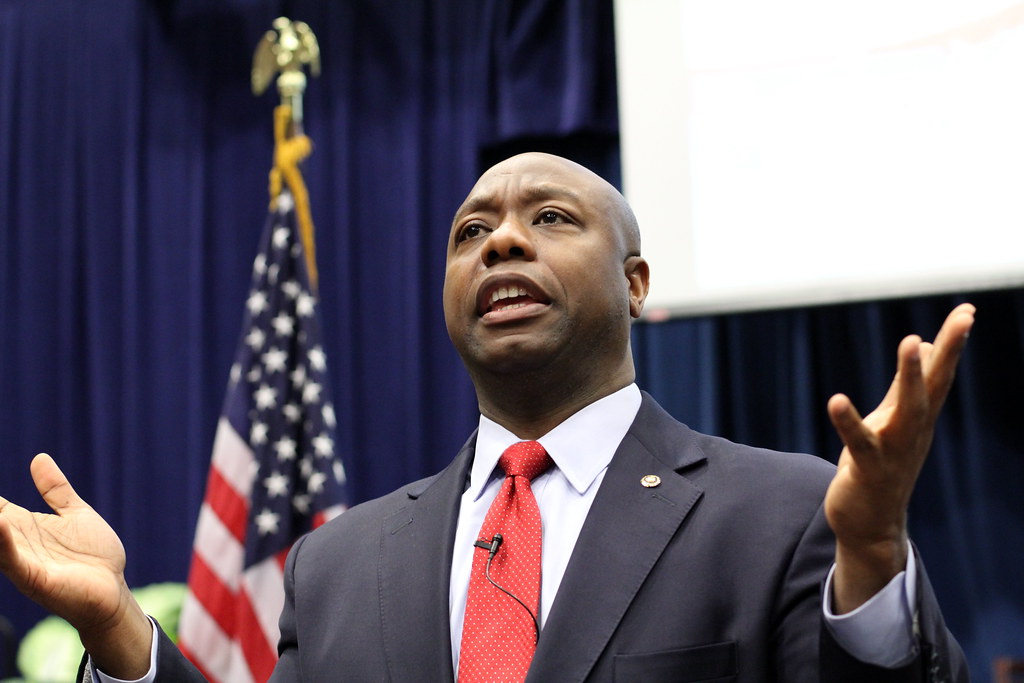 Originally elected to the House of Representatives in 2011 for the 1st Congressional District, which encompasses the majority of the southeastern coast of South Carolina, Sen. Scott succeeded former-Sen. Jim DeMint in 2013. Of course, Senator DeMint left big boots to fill when it comes to defending liberty. In addition to his distinguished work in office, Sen. Scott also holds the honor of being the first African-American senator ever elected from the state of South Carolina. Throughout his time in both the House and Senate, Sen. Scott has maintained a lifetime score of 83 percent on FreedomWorks’ Congressional Scorecard.

Driven by his personal mission statement to “positively affect the lives of a billion people,” Sen. Scott is well on his way to improving the lives of not only some 5 million South Carolinians, but scores of Americans and people across the globe. Towards this end, Sen. Scott has demonstrated his dedication to removing barriers in the way of and improving support for small businesses across the country. As a small business owner himself, Sen. Scott knows full well that giving people the tools for success starts in the community.

Notably of late, Sen. Scott’s leadership on small business issues led to the passage of his signature Opportunity Zones initiative in the 2017 tax reform package. This now operational program provides preferential tax treatment for new investments, under certain conditions, in localities that have qualified as sufficiently economically distressed. Since the first designations in April of 2018, qualified opportunity zones (QOZs) have been designated in all 50 states, 5 territories, and the District of Columbia. These QOZs have already brought much needed investment to these underserved areas, with numbers increasing every month.

Currently, Sen. Scott sits on some of the most important committees, including Finance; Health, Education, Labor, and Pensions (HELP); Banking, Housing, and Urban Affairs; and Small Business and Entrepreneurship. His position on Small Business and Entrepreneurship has given him ample opportunity to influence small businesses legislation for the better. Meanwhile, his work on HELP has allowed him to shape crucial health insurance issues. With so much talk recently of healthcare overhaul, it is more significant than ever that fiscal conservatives have staunch allies like Sen. Scott with expertise in such areas.

More recently, in the wake of nationwide protests in response to the killings of George Floyd and Breanna Taylor, Sen. Scott has taken initiative on starting the conversation among Republicans in the Senate around policing reforms. Sen. Scott’s legislation, the Just and Unifying Solutions To Invigorate Communities Everywhere (JUSTICE) Act, S. 3985, would have focused on increasing transparency, using federal grant money as leverage to ensure that local police are making the necessary reforms. Unlike many of his colleagues across the aisle, Sen. Scott rejects the “false binary choice” between supporting communities of color and supporting law enforcement. His JUSTICE Act found the right balance between making necessary use-of-force reforms and ensuring law enforcement can still effectively protect the public.

Unfortunately, all except for two Senate Democrats voted against cloture on the motion to proceed to the legislation, expressing not only opposition to the bill itself but even to the prospect of considering the legislation on the floor. As Sen. Scott said after this vote failed, “I finally realized what the problem is. The actual problem is not what is being offered. It is who is offering it.”

To be clear, Sen. Scott’s policing reform bill does not do nearly enough in the way of reform and entirely avoids tougher issues such as qualified immunity and police militarization. However, this fact is simply no excuse for the disdainful actions of the Senate Democrats in opposing even moving to begin consideration of the bill.

Throughout all his time in Congress, Sen. Scott has demonstrated his commitment to the principles of freedom and liberty. Especially given his recent willingness to step forward on an important issue and lead even when the attacks from opponents abound, we are hopeful for a strong return for Senator Scott to our FreedomFighter award winners list soon, where he has been sorely missed for the past few years.

Regardless, we know that he will continue to fight for the people of South Carolina as long as he chooses to serve. It is for these reasons that FreedomWorks is proud to name Sen. Tim Scott as our member of the month for June 2020.